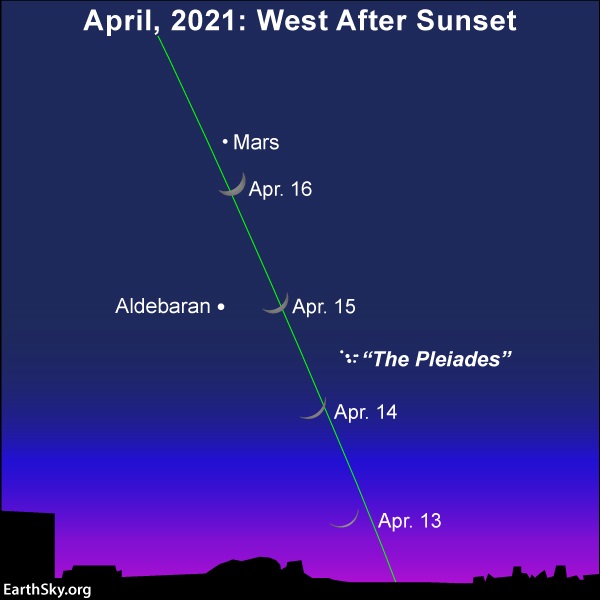 Beginning around April 13, 2021, watch for the waxing moon to appear higher each evening in the west after sunset. It’ll be sweeping between the constellation Taurus the Bull‘s two most prominent features: red Aldebaran, the Bull’s brightest star, and the dipper-shaped Pleiades star cluster. These two signposts in Taurus make a triangle on the sky’s dome now with the red planet Mars, which appears only modestly bright, not much more than half as bright as Aldebaran. If you’re at the right spot on Earth (Southeast Asia), you can watch the moon occult (cover over) Mars on the evening of April 17, 2021. More about this occultation below.

Will you see the young moon on April 13? Probably, especially if you’re in the Northern Hemisphere, where it’s a good time of the year to spot young moons. To increase your chances of catching this slender beauty on April 13, find an unobstructed horizon in the direction of sunset, and bring along binoculars. And, moon or no moon on April 13, you’ll still see Aldebaran, the Pleiades and Mars. Plus, each day will present the moon as a wider – yet still slender – waxing crescent moon, higher in the west at sunset, staying out longer after dark. Find out when the moon will set in your sky from Old Farmer’s Almanac (U.S. and Canada), or
Sunrise Sunset Calendars (worldwide), remembering to check the moonrise and moonset box.

These next few weeks will present your last chance to view the constellation Taurus in the evening sky. That’s because the sun will officially move in front of this constellation on May 14, 2021, and will remain in front of Taurus until June 21, 2021. Afterwards, these stars will return to the east before sunrise.

Mars, on the other hand, is in the part of its orbit with respect to Earth where – for most of us – it’s not very noticeable. As mentioned, it’s relatively faint now. Earth is fleeing ahead of Mars now in the race of the planets around the sun. Mars – moving at about 15 miles per second (24 km/s) in orbit in contrast to Earth’s 18 (29 km/s) – is slowly falling farther and farther behind us. Inevitably, though, we’ll “turn the corner” ahead of Mars, bringing the sun between us and it. Mars will remain visible into June, July and even August. By August, it’ll be very difficult to see it in the twilight. By September, it’ll be impossible to discern. On October 8, Mars will have its conjunction with the sun; it’ll be directly behind the sun from Earth. And by the year’s end, Mars will be emerging in the east before sunrise.

By the way, although Mars may be relatively faint now, it’s the site of some exciting human activity. NASA is about to attempt to fly a helicopter on Mars for the first time ever. If the test flight succeeds, it’ll be the first powered, guided flight we humans have ever made on another world. Read more about the Mars helicopter. 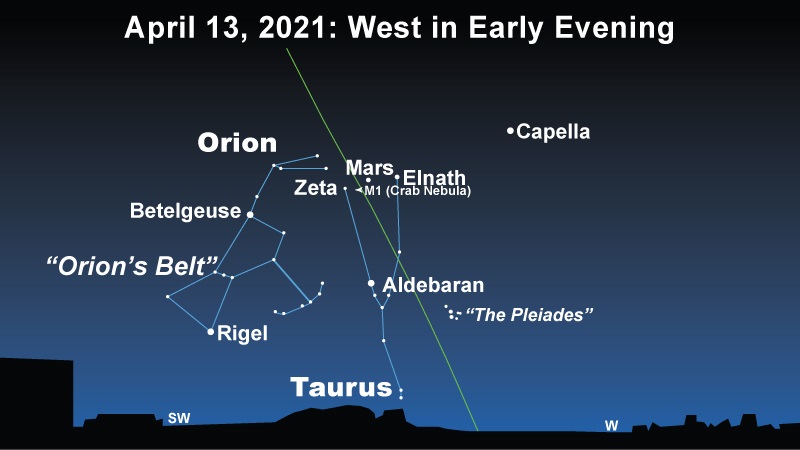 On or near April 13, 2021, the red planet Mars resides right between the 2 stars depicting the tips of the Bull’s horns: Elnath and Zeta Tauri. Notice that on or near this date, Mars is also found about midway between 2 very bright stars, Capella and Betelgeuse. When the moon or Mars are no longer in this region of the sky to guide you, locate the horn stars (Elnath and Zeta Tauri) midway between Capella and Betelgeuse. The Crab Nebula (M1) is found between the horn stars. It’s the remnant of a supernova explosion seen in the year 1054. The Crab is best viewed with a telescope, although some have claimed to see it as a tiny, faint smudge with 7×50 binoculars.

The 3 stars at the midsection of Orion – called the Belt of Orion – always point to the bright red star Aldebaran, in the V-shaped head of Taurus the Bull. Note M1 (Crab Nebula) between the star Elnath (Beta Tauri) and Zeta Tauri. Chart via the International Astronomical Union. 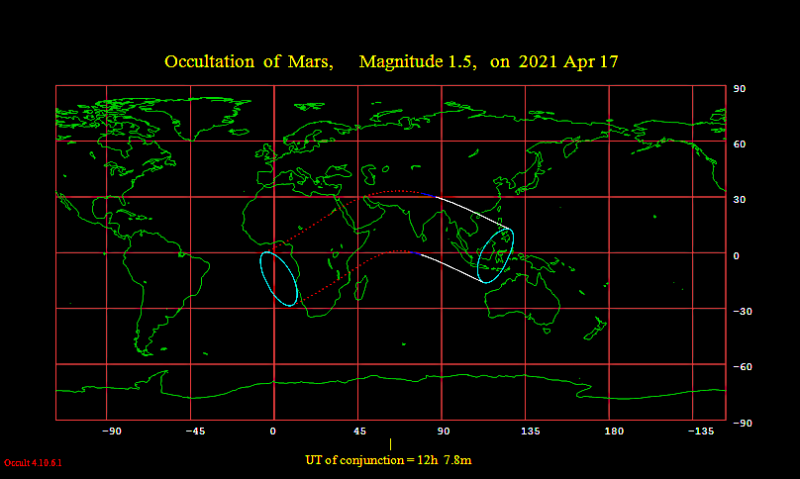 Worldwide map of the lunar occultation of Mars on April 17, 2021, via IOTA.

Meanwhile, the looped section on the left (over the Atlantic Ocean) may watch Mars’ reappearance (with an optical aid in a daytime sky), but the moon rises after the occultation has already begun. Therefore, the initial disappearance of Mars won’t be visible from this part of the world. 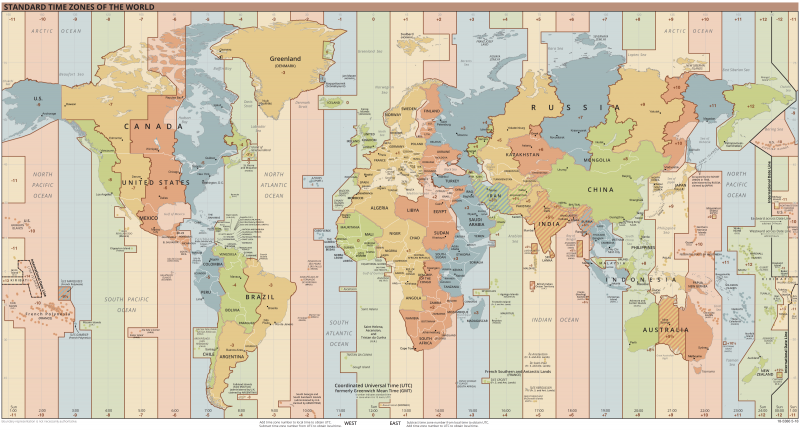 Bottom line: The young moon will sweep through the constellation Taurus the Bull in mid-April 2021. During these nights, you can also find Mars, and on April 17, the moon will occult – or pass in front of – the red planet. Charts and info here.