Dark Rift in the Milky Way

Standing under a dark sky in late July or August? Look up! You’ll notice a long, dark lane dividing the bright Milky Way. This Dark Rift is a place where new stars are forming. 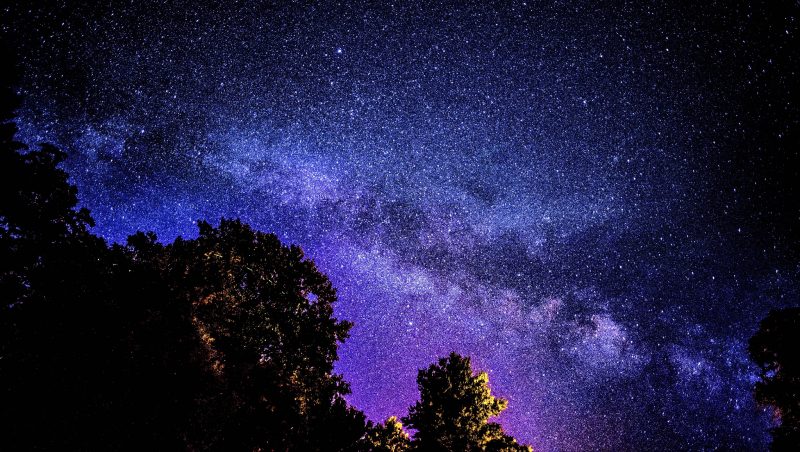 View at EarthSky Community Photos. | The Great Rift or Dark Rift is a dark area in the starlit band of the Milky Way. It’s really clouds of dust, where new stars are forming. Photo captured July 19, 2019, by Chuck Reinhart in Vincennes, Indiana. Thank you, Chuck!

Have you ever looked up from a dark place on a starry July or August evening and noticed the dark areas in the Milky Way? For centuries, skywatchers pondered this Great Rift or Dark Rift, as it’s called, but today’s astronomers know it consists of dark, obscuring dust in the disk of our Milky Way galaxy.

How can you see it? It’s best to wait until the moon is gone from your night sky, as it will be around late July and early August 2019. Under a dark sky, far from city lights, the Milky Way is easy to see at this time of year. It’s a shining band stretching across the sky. If you want to see the Dark Rift, that’s easy, too, as long as you realize you aren’t looking for a bright object. You’re looking instead for dark lanes of dust running the length of the starlit Milky Way band. 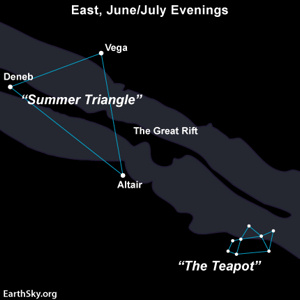 Be sure to keep your binoculars handy for any Milky Way viewing session. There are many interesting star-forming regions, star clusters and millions of stars that will capture your attention. 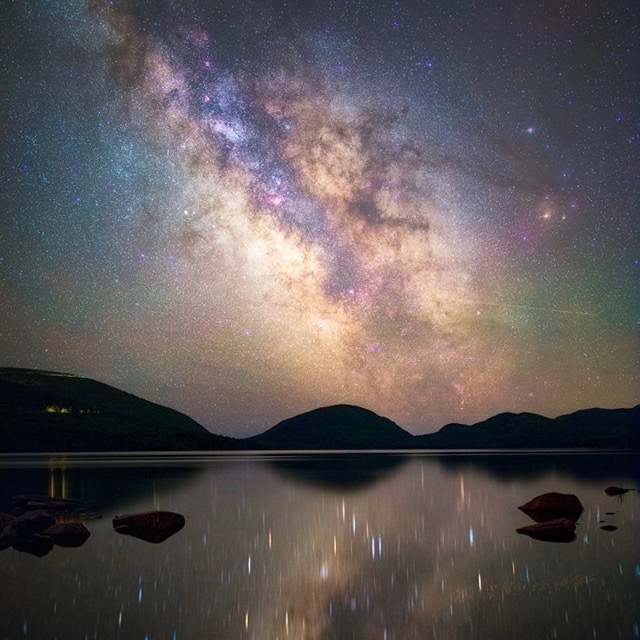 The Dark Rift is dark due to dust. Stars are formed from great clouds of gas and dust in our Milky Way galaxy and other galaxies. When we look up at the starry band of the Milky Way and see the Dark Rift, we are looking into our galaxy’s star-forming regions. Imagine the vast number of new stars that will emerge, in time, from these clouds of dust! 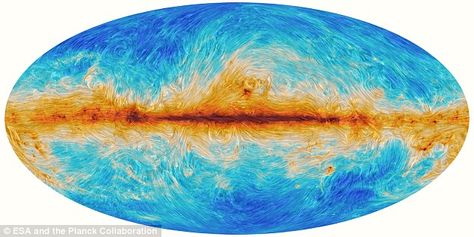 Shown is the interaction between interstellar dust in the Milky Way and the structure of our galaxy’s magnetic field, as detected by ESA’s Planck satellite over the entire sky. Image via ESA on Pinterest.

The Dark Rift is a bit like that. A few ancient cultures in Central and South America saw the dark areas of the Milky Way as constellations. These dark constellations had a variety of myths associated with them. For example, one important dark constellation was Yacana the Llama. It rises above Cuzco, the ancient city of the Incas, every year in November.

By the way, the other famous area of the sky that is obscured by molecular dust is visible from the Southern Hemisphere. It’s the famous Coalsack Nebula near the Southern Cross, also known as the constellation Crux. The Coalsack is another region of star-forming activity in our night sky – much like the Dark Rift.

This painting shows some of the animal shapes that the Incas saw in the Dark Rift of the Milky Way. Image via Coricancha Sun Temple in Cusco/Futurism.

Bottom line: On a late July or August evening, looking edgewise into our galaxy’s disk, you’ll notice a long, dark lane dividing the bright starry band of the Milky Way. This so-called Dark Rift or Great Rift is a place where new stars are forming.