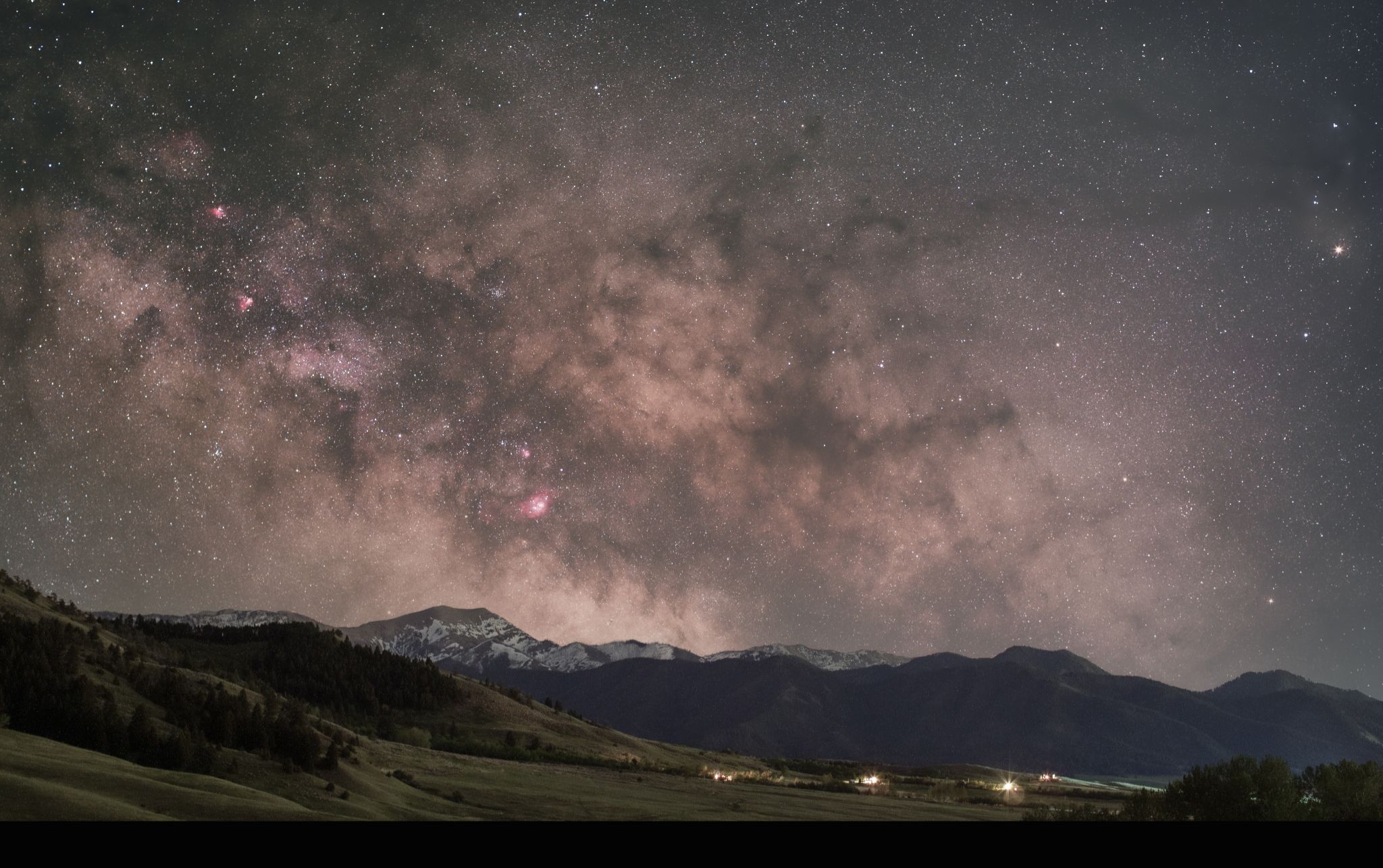 The image is a combination of still landscape exposures and tracked sky exposures combined in Photoshop's Sky Replacement Tool. I took the exposures on my deck in the beginning of June prior to wildfire smoke appearing in the skies over Montana. For the past several years I waited until it was too late in the season for Milky Way images as the wildfire smoke always appeared suddenly, ruining a clear image of the Milky Way from my home, so I'm very happy to have taken the opportunity earlier in the season this year.