Yesterday’s earthquakes in Colorado and Washington took place in areas of low earthquake hazard. But there is no area on Earth completely immune from seismic activity.

The August 22 and 23, 2011 earthquakes in Colorado and Virginia took place in “low hazard” areas of the United States, according to this map from the U.S. Geological Survey (USGS). That’s why those earthquakes not only surprised those states’ residents, but also surprised scientists.

EarthSky on the Colorado quake

EarthSky on the Virginia quake

How close are you to an earthquake hazard zone? 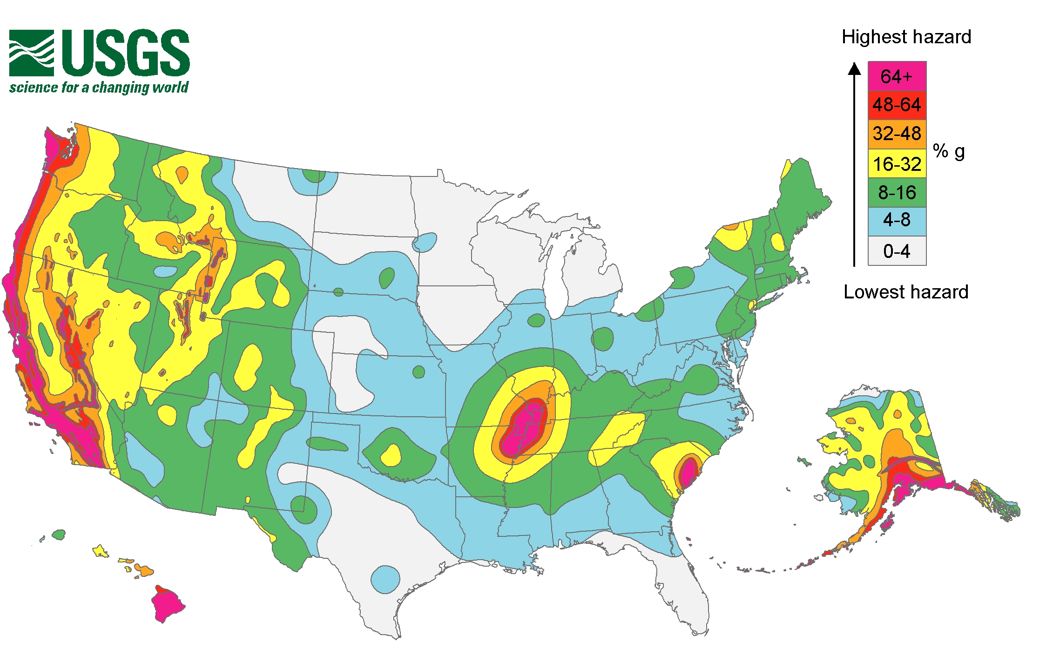 This USGS map details the most seismically active areas of the United States. It doesn’t hold too many surprises. The West Coast of the U.S. is more prone to earthquakes than any other U.S. region, though there is an interesting hotspot around the New Madrid fault line along the Missouri-Arkansas-Tennessee borders.

But, as USGS geophysicist Rafael Abreu pointed out in an interview with EarthSky yesterday, there is no area on Earth completely immune from seismic activity.