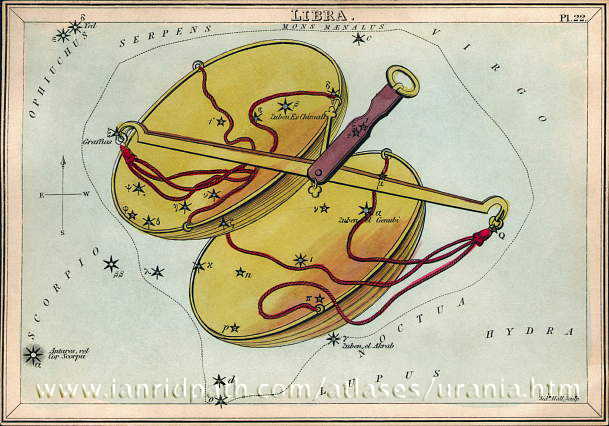 The constellation Libra from Urania’s Mirror, a boxed set of 32 constellation cards first published in or before 1825. Via ianridpath.com.

The zodiacal constellation Libra the Scales is a fixture of the evening sky during a Northern Hemisphere summer (Southern Hemisphere winter). It’s not the most flamboyant constellation of the zodiac. But, in any year, you can find Libra fairly easily in a dark sky using two bright stars, Spica and Antares, as guides. Use these two bright stars to find two fainter stars in Libra, which, by the way, have two of the best star names: Zubenelgenubi and Zubeneschamali. 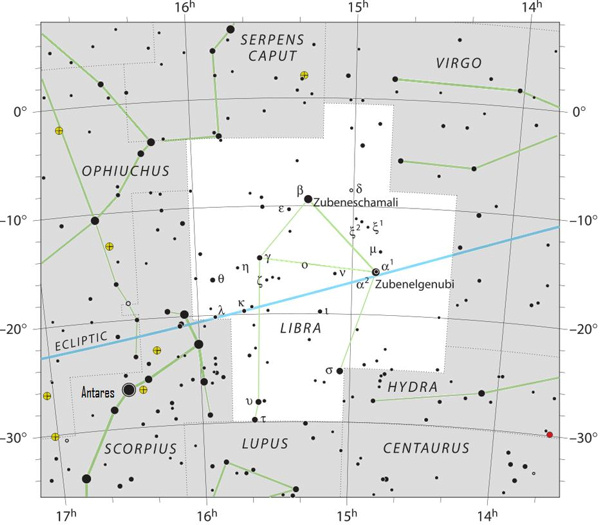 The constellation Libra the Scales and its brightest stars Zubenelgenubi and Zubeneschamali.

How to find the constellation Libra. Libra is a constellation of the zodiac. Thus you will know to look for it along the sun’s path across our sky.

Two stars in Libra sit about midway between two bright stars, Spica and Antares. Those two Libra stars are Zubenelgenubi and Zubeneschamali, and they mark Libra’s place in the heavens.

By the way, many have noticed that Zubenelgenubi and Zubeneschamali sound a lot like Obi-Wan Kenobi, one of only four characters to appear in all six “Star Wars” films. Did George Lucas use these stars as inspiration for the character’s name? It would be interesting to know. 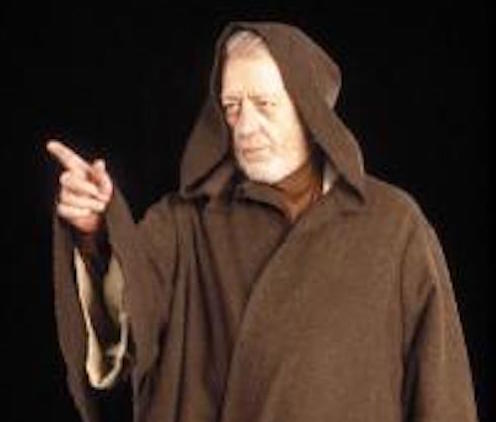 Obi-Wan Kenobi of “Star Wars” movie fame. His name rhymes with the names of the constellation Libra’s 2 brightest stars. Image via Wikimedia Commons.

As seen from Earth, the sun passes in front of the constellation Libra from about October 30 until November 22 every year.

Libra’s star Zubenelgenubi sits almost exactly on the ecliptic, which is the sun’s yearly path in front of the background stars. At present, the sun has its annual conjunction with the Libra star Zubenelgenubi on or near November 7, or about midway between the September equinox and the December solstice.

However, the conjunction date of the sun and Zubenelgenubi changes over the long course of time.

Regardless of which constellation provides a backdrop for the sun on the September equinox, the sun is said to be at the first point of (the sign) Libra when it the crosses the celestial equator going from north to south. 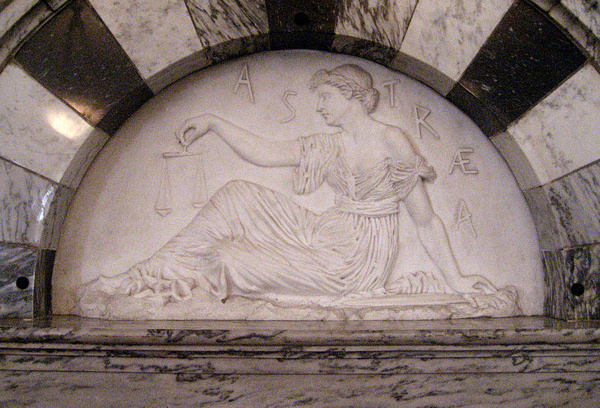 According to mythology, at the return of the golden age the goddess Astraea will dispense justice and weigh the souls of men. Image via Wikipedia.

Libra in history and myth. Several thousands of years ago – around 2,000 B.C. – the ancient Babylonians apparently associated this constellation with scales or a balance. Quite possibly, this association was made because the sun on the autumn equinox shone in front of the stars of Libra at that time. It’s at the equinox that the world realizes its seasonal and temporal balance, between the extremes of heat and cold, and with day and night of equal length all over the globe. Metaphorically, Libra the Scales serves as an age-old symbol of divine justice, harmony and balance.

The Romans, though inheriting much of the Greek tradition, again revived Libra as the only inanimate constellation of the zodiac. In Roman thought, the constellation Virgo is the embodiment of Astraea, the Starry Goddess, holding Libra, the Scales of Justice.

Astrologers regard Libra as the second air sign, ruled over by the planet Venus. Although astronomy and astrology have been intertwined historically, they are now regarded as separate disciplines. Astrology assumes the positions of heavenly bodies have certain influences over human affairs which most modern-day astronomers regard as unfounded.

More constellations of the zodiac: