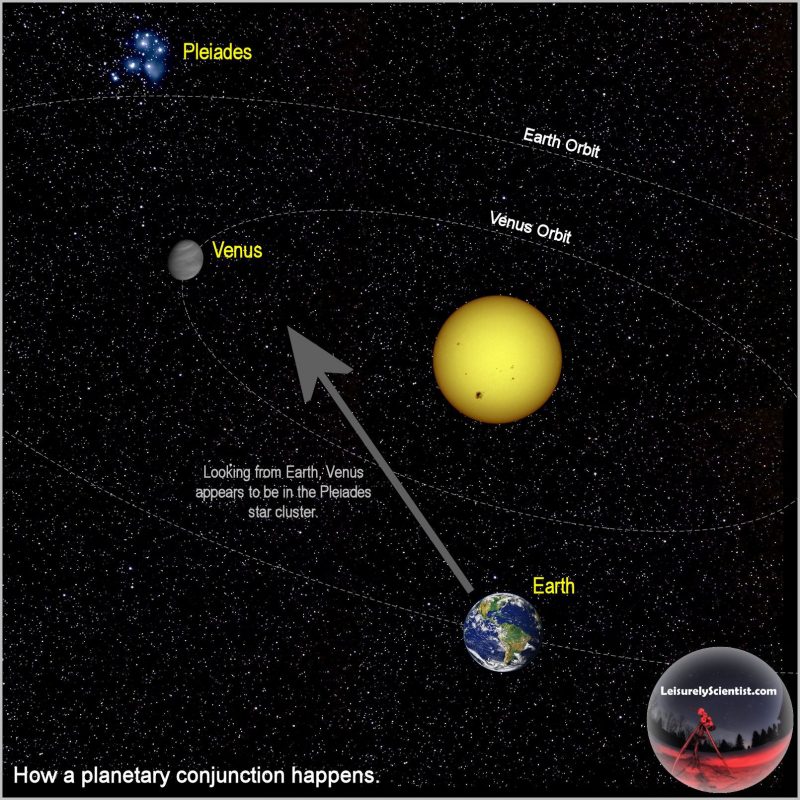 Example of a conjunction involving Venus and the Pleiades cluster, via Tom Wildoner at LeisurelyScientist.com.

Article and photos re-printed with permission from LeisurelyScientist.com

[Editor’s Note: Conjunctions between the moon and planets happen each month. Check our Guide to the Bright Planets article for details. Precisely speaking, in astronomy, a conjunction occurs when two sky objects have the same right ascension or the same ecliptic longitude, as observed from Earth.]

It’s important to remember that these conjunctions are only from our perspective here on the planet Earth, the objects are never actually close together. An example is the conjunction depicted on this page, between the planet Venus and the Pleiades star cluster in the constellation Taurus. This conjunction took place on April 12, 2015.

The Pleiades actually lie about 440 light years behind Venus in the night sky, but from our perspective they appeared to be side-by-side.

The photo below was taken using a Canon 6D and 100mm lens, unguided and tripod mounted. There was a thin layer of clouds at the time the photo was taken, I think it adds a nice effect to the photo. 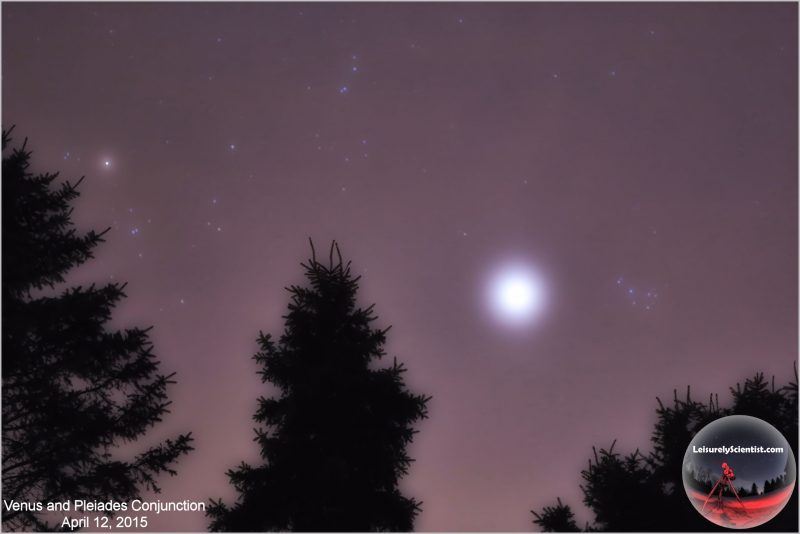 Look back at the illustration above, and then look at this real photo of an April 12, 2015 conjunction of Venus and the Pleiades star cluster. Photo via Tom Wildoner at LeisurelyScientist.com.