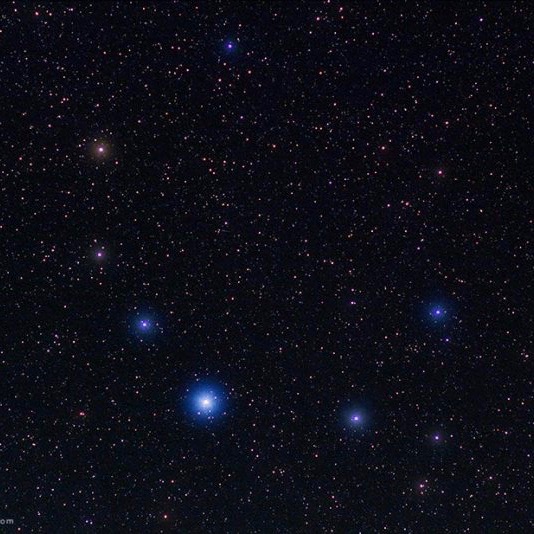 Photo at top: Corona Borealis, the Northern Crown, with its brightest star Alphecca, via Fred Espenak and AstroPixels. Used with permission.

Tonight, look for a constellation that’s easy to see on the sky’s dome, if your sky is dark enough. Corona Borealis – aka the Northern Crown – is exciting to find. It’s an almost-perfect semicircle of stars. You’ll find this beautiful pattern in the evening sky from now until October. 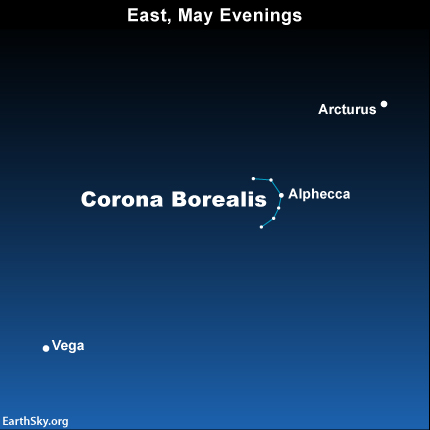 At nightfall and early evening, you’ll see Arcturus fairly high in the east, noticeable for its brightness and yellow-orange color. Vega will be rather low in the northeast, bright and blue-white in color. The Northern Crown is found more or less between these 2 bright stars, though closer to Arcturus.

The brightest star in Corona Borealis is Alphecca, also known as Gemma, sometimes called the Pearl of the Crown. The name Alphecca originated with a description of Corona Borealis as the “broken one,” in reference to the fact that these stars appear in a semi-circle, rather than a full circle. Alphecca is a blue-white star, with an intrinsic luminosity some 60 times that of our sun. It’s located about 75 light-years from Earth. 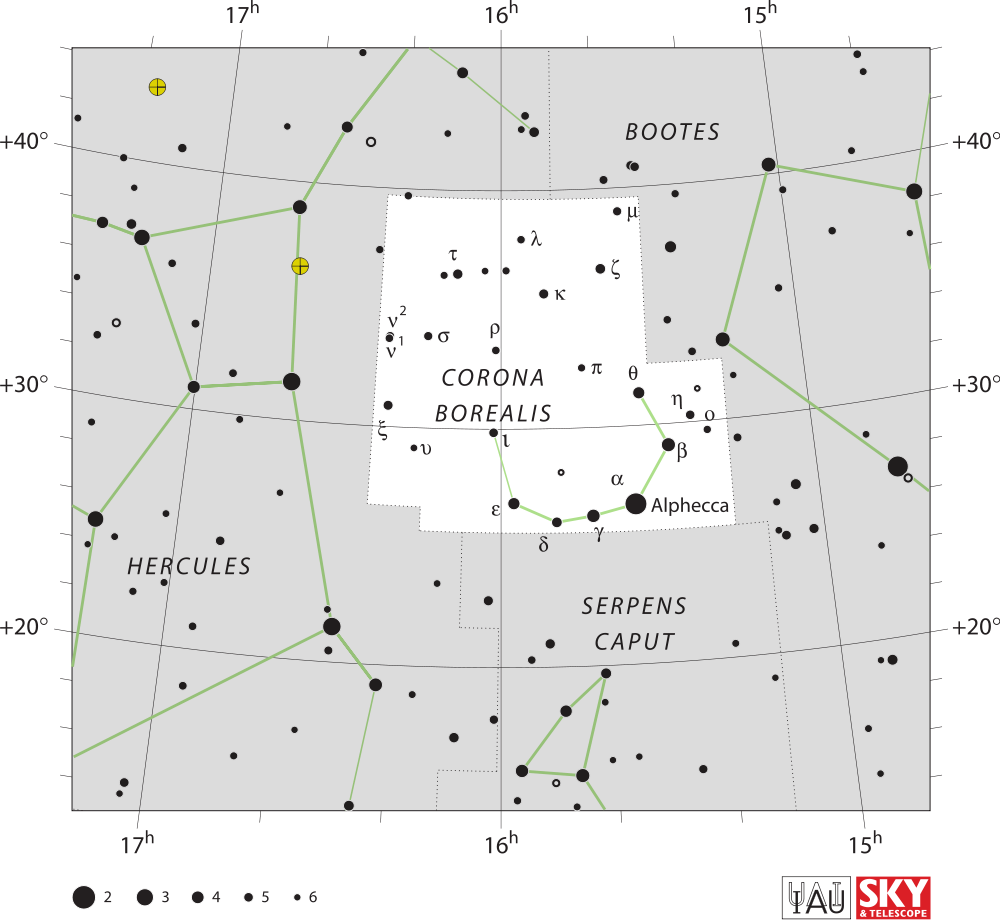 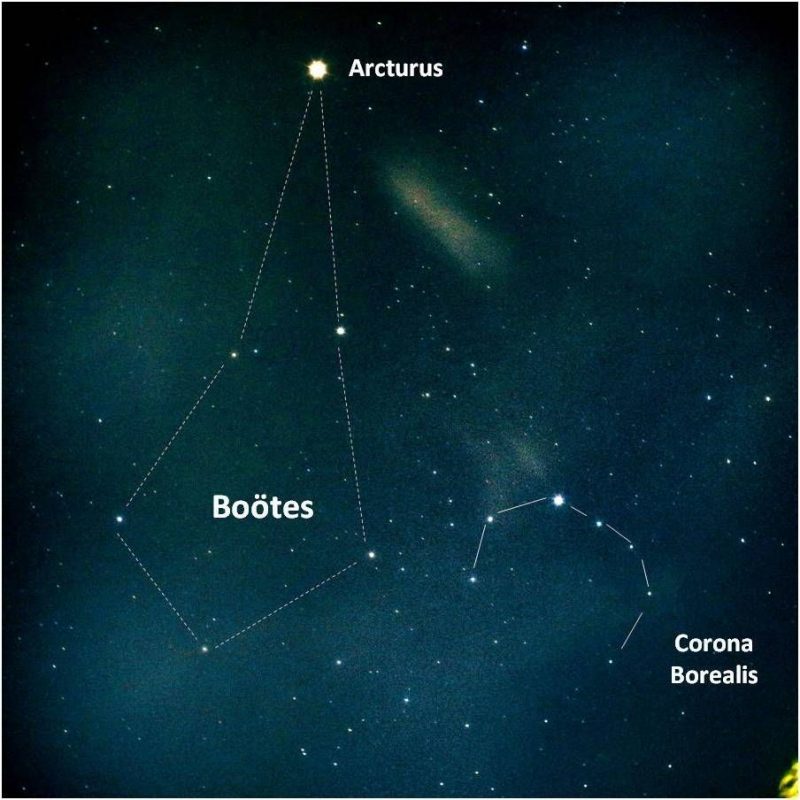 View at EarthSky Conmmunity Photos. | Dr Ski in Valencia, Philippines, caught this photo of Arcturus and its constellation Boötes, next to the Northern Crown, on May 24, 2019. Thanks, Dr Ski!

Bottom line: Look for Corona Borealis – the Northern Crown – between the brilliant stars Arcturus and Vega tonight! This constellation is very noticeable, if you have a dark sky.