Young moon and 3 planets after sunset

Check out the picturesque scene in the west after sunset on November 27, 28 and 29, 2019. The young moon will sweep past 3 planets – Venus, Jupiter and Saturn – wow!

Depending on where you live worldwide, you might – or might not – catch the tiniest sliver of a young moon in the western sky after sunset on November 27, 2019. The moon will be sitting in the afterglow of sunset, beneath the dazzling planets Venus and Jupiter – the third-brightest and fourth-brightest celestial objects to light up the heavens, respectively, after the sun and moon – fresh from their conjunction last Sunday.

On the evening of Thanksgiving here in the U.S. – Thursday evening, November 28 – you can amaze your family and friends by taking them outside to see the young moon, Venus and Jupiter.

Think photo opportunity! In the coming days, check out EarthSky Community Photos. There are sure to be some great ones there. If you’d like to submit a photo, you can do so here. Also, watch for photos in EarthSky’s feeds on Facebook, Twitter and Instagram. 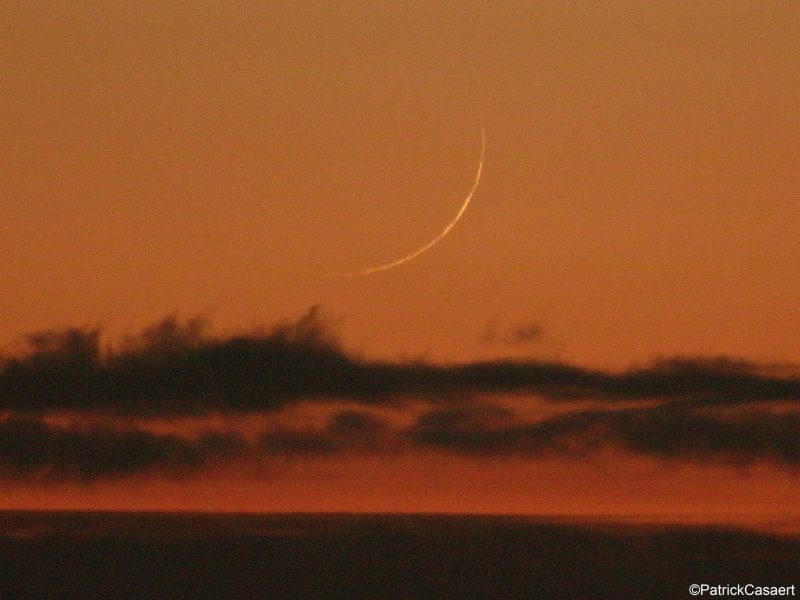 Also, while you’re out there watching the moon, Venus and Jupiter, look for Saturn. Notice on our chart at top that Saturn is located approximately on a line with Venus, Jupiter and the moon. This line across our sky – shown on our charts in green – is the ecliptic. Saturn is no slouch in brightness, either; it shines as brilliantly as a 1st-magnitude star, that is, as one of the brightest stars visible in Earth’s sky. 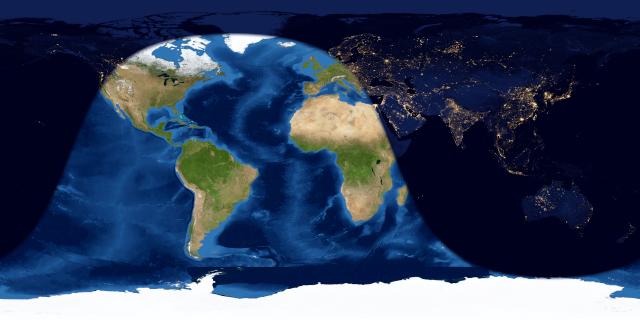 By the time that the sun sets over the Americas, the moon will be 1 1/3 days (32 hours) old. The lunar crescent will be 17 degrees east of the sun and 2.2 percent illuminated. So, on November 27, there’s a better chance of catching the young moon in the Americas than in the world’s Eastern Hemisphere.

To find out when the moon sets in your sky, visit Sunrise Sunset Calendars and check the moonrise and moonset box.

Visit Unitarium to find out the moon’s elongation (angular separation) from the sun and its illumination.

Want to know the moon’s position on the zodiac? Check Heavens-Above. 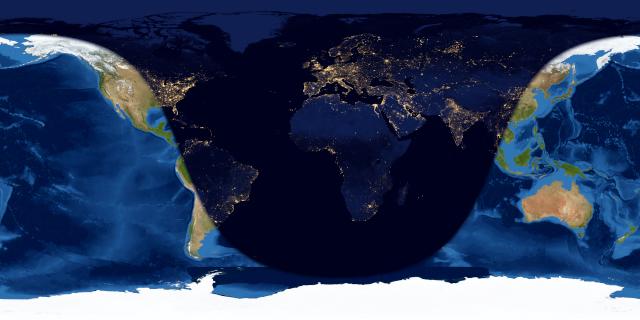 So watch for the moon and planets, beginning on November 27 and for the next few days. Find an unobstructed horizon in the direction of sunset, and, if possible, stand atop a hill or balcony. That way you peek a little farther over the horizon. Binoculars aways enhance the view. Be sure to note the soft glow of earthshine – twice-reflected sunlight – on the dark side of the moon, with either the eye alone or an optical aid. 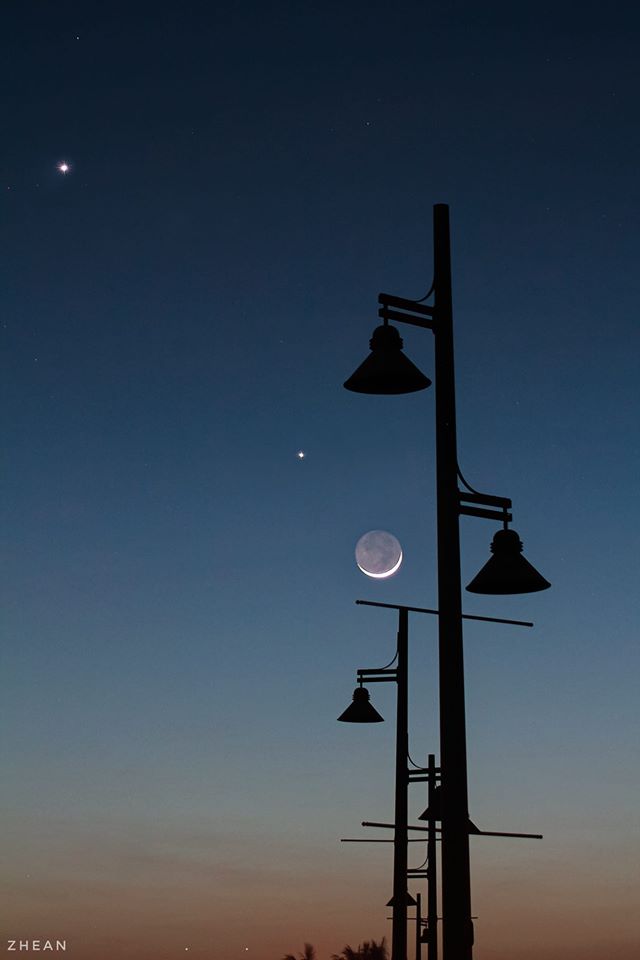 Shaun Nacionales of Iloilo, Philippines, caught the young moon beneath the planets Jupiter (lower) and Venus (higher) after sunset November 28, 2019. By the time that evening dusk falls over North America on November 28, 2019, the moon will have past Jupiter and Venus. Thank you Shaun!

Bottom line: There will be a picturesque scene in your western sky after sunset on November 27, 28 and 29, 2019. Watch for the moon, Venus, Jupiter and Saturn.