What is stellar magnitude?

The magnitude scale dates back to the ancient astronomers Hipparchus and Ptolemy, whose star catalogs listed stars by their magnitudes.

This system remains intact to this day, though with some modification. 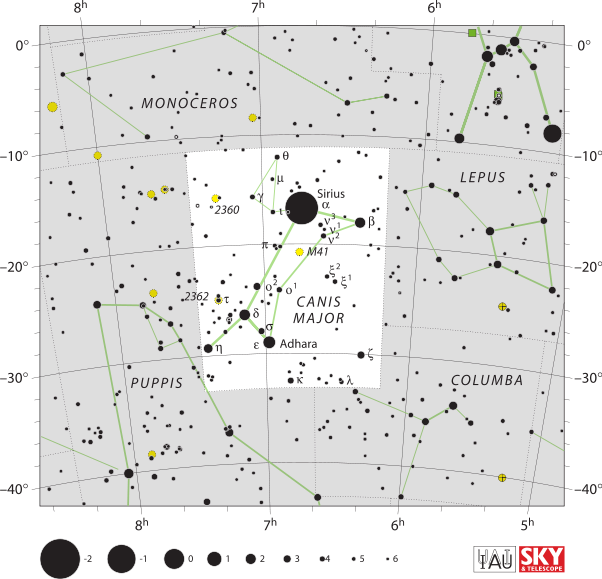 Take the star Spica, the sole bright star in Virgo. It serves as a prime example of a 1st-magnitude star.

In other words, although Spica’s magnitude is slightly variable, its magnitude almost exactly equals 1. 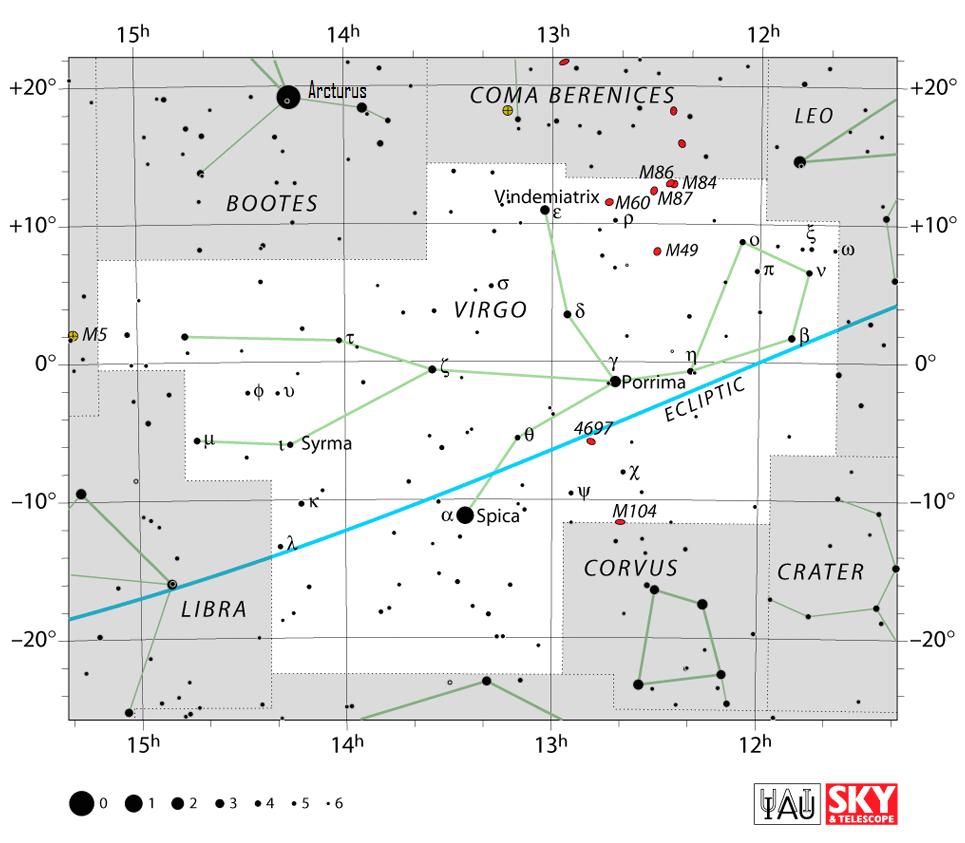 Notice the magnitude scale at the lower left corner of this star chart and the one above. Sky charts via the International Astronomical Union (IAU). Click here for sky charts of all 88 constellations.

Of course, most stars aren’t like Spica in that they don’t fall so precisely at a whole number on the magnitude scale. That’s why – for astronomers – any star with a magnitude between 0.50 and 1.50 is considered to be of 1st-magnitude brightness.

Okay, let’s talk about some astronomical shorthand. In astronomy, the intrinsic or true brightness of a star – sometimes called its absolute magnitude is represented by a capital letter M. Meanwhile, apparent magnitude – or how bright a star appears from Earth – is presented by a lower case letter m.

This system of numbering for apparent magnitude confuses some people. Just remember, the dimmer the star, the higher the magnitude number. Regulus (m = 1.36) is actually fainter than Spica (m = 1), yet Aldebaran (m = 0.87) is brighter than Spica.

Loosely speaking, the 21 stars that are brighter than magnitude 1.50 are called 1st-magnitude stars. 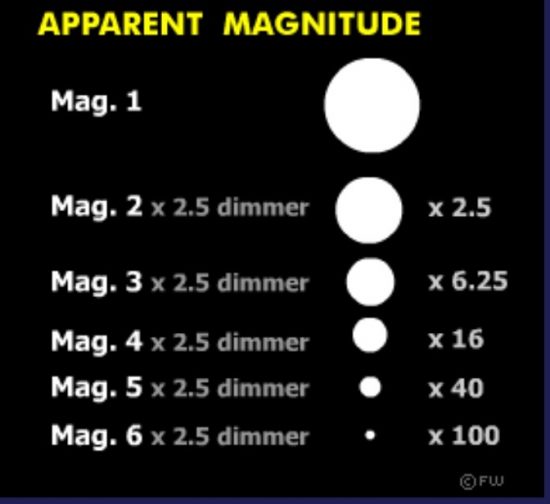 One magnitude corresponds to a brightness factor of 2.512 times

However, there’s a far larger range of brightness than just 5 magnitudes (brightness factor of one hundredfold) in our sky. The sun, moon, plus the planets Venus and Jupiter are much, much brighter than 1st-magnitude; and telescopes let us see stars that are millions of times fainter than 6th-magnitude.

Nowadays, the magnitude system includes not just stars but also the sun, moon, planets, asteroids and comets within the solar system, and star clusters and galaxies that reside outside the solar system. Astronomers even list the magnitudes of man-made satellites circling our planet.

Click on Skylive.com to know the current magnitudes of the sun, moon and planets (plus the brighter comets and asteroids). 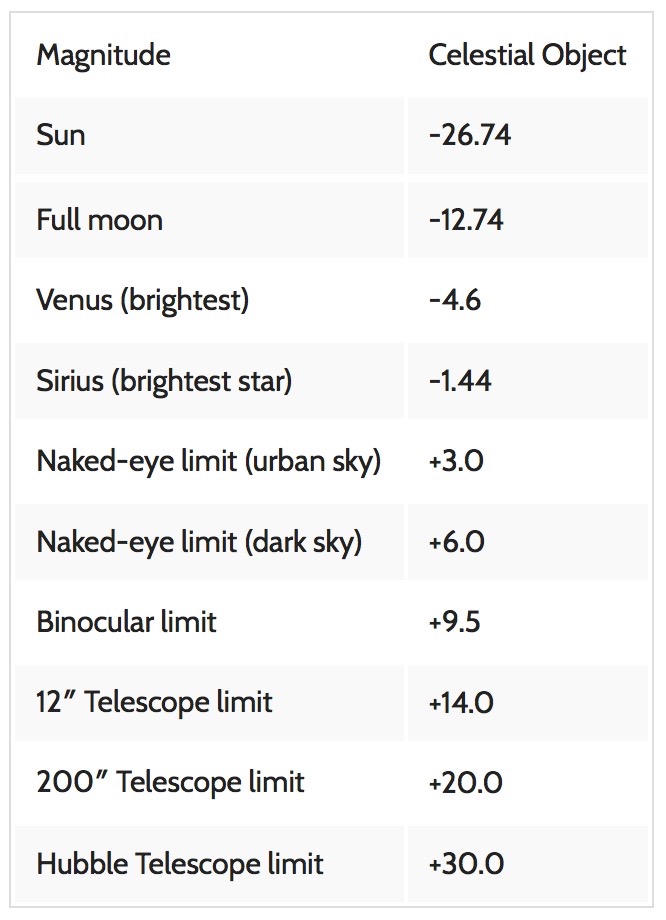 How much brighter is the sun than the full moon?

Or if you prefer:

Bottom line: The stellar magnitude system devised by ancients was much less confusing when it only applied to those stars visible to the unaided eye. The brightest stars were 1st-magnitude and the faintest stars were 6th-magnitude. However, modern astronomy has expanded the magnitude scale to include brighter celestial objects (such as the sun, moon and Venus) and in the other direction to telescopic objects that lie beyond the limit of the naked eye. Therefore, the brightest celestial objects have the highest negative numbers while the faintest have the highest positive numbers.