Let the moon show you Saturn

At nightfall these next few evenings – November 29 and 30, 2019 – use the waxing crescent moon to find the planet Saturn.

At nightfall these next few evenings – November 29 and 30, 2019 – let the waxing crescent moon show you Saturn, the 6th planet outward from the sun. Look first for the moon and that nearby bright star will be Saturn. At dusk, or before nightfall, you might also see the brighter planets Venus and Jupiter beneath the moon and Saturn. 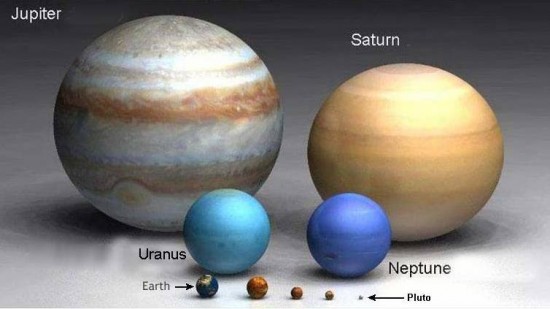 Saturn is the farthest world that you can easily with the naked eye. What’s more, with nothing more than a modest backyard telescope, you can zoom in on Saturn and view its glorious rings. Day by day, however, Saturn is sinking closer to the setting sun and will fade into the evening twilight in a month or so. Nightfall and early evening present the best chance to see Saturn’s majestic rings. Now’s the time! 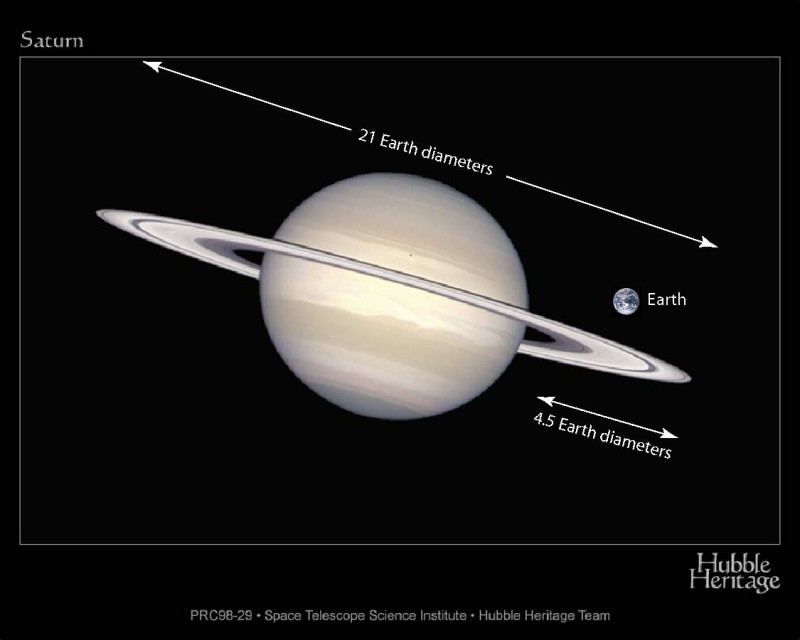 We often talk about Saturn’s rings but perhaps we should also pay homage to Saturn’s intriguing moon, Titan. Titan boasts of being Saturn’s largest moon and the second biggest moon in the solar system, after Jupiter’s Ganymede. Titan stands all by itself in that it’s the only solar system moon known to harbor a substantial atmosphere – which, moreover, is even denser than Earth’s.

This exotic world is Earth-like in that the respect that Titan’s surface is alive with clouds, rain, rivers, lakes and seas, though these flowing bodies are composed primarily of hydrocarbons (methane and ethane) instead of water. Beneath Titan’s cold exterior, though, may be a vast ocean of subsurface water. Some scientists think the complex organic materials making up Titan’s atmosphere may be similar to those of Earth’s long-past atmosphere, when Earth’s prebiotic environment was a precursor to life.

Possibly, some primitive forms of life might already populate Titan. NASA is planning on launching The Dragonfly spacecraft in 2026 that’s to arrive at Titan in 2034 to investigate this wildly mysterious world. Scientists will use Titan’s dense atmosphere to their advantage, because this drone-like rotocraft will have an easier time flying at Titan’s heavy atmosphere than it would on Earth. 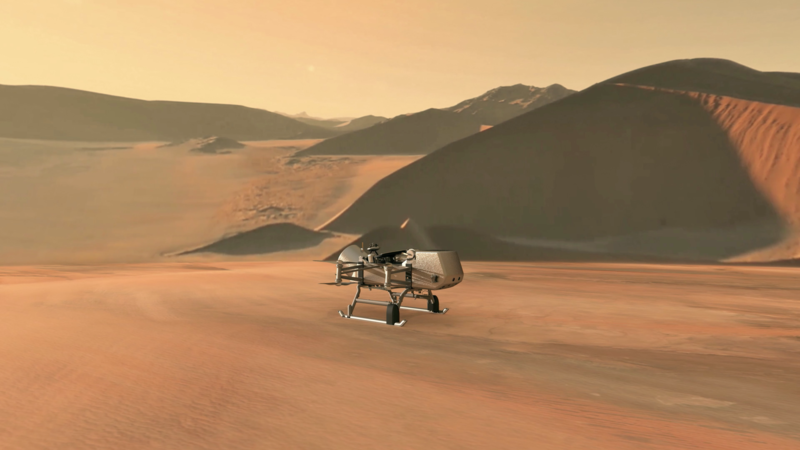 This illustration shows NASA’s Dragonfly rotorcraft-lander approaching a site on Saturn’s exotic moon, Titan. Taking advantage of Titan’s dense atmosphere and low gravity, Dragonfly will explore dozens of locations across the icy world, sampling and measuring the compositions of Titan’s organic surface materials to characterize the habitability of Titan’s environment and investigate the progression of prebiotic chemistry. Credits: NASA/JHU-APL

At nightfall these next few evenings – November 29 and 30, 2019 – use the waxing crescent moon to find Saturn, the parent planet of Titan, the only solar system moon known to harbor a substantial atmosphere.