For the northern part of Earth, the season for seeing noctilucent clouds – clouds that shine at night – typically begins in June. This June has been particularly fine for seeing these electric-blue clouds. Photos and video here. 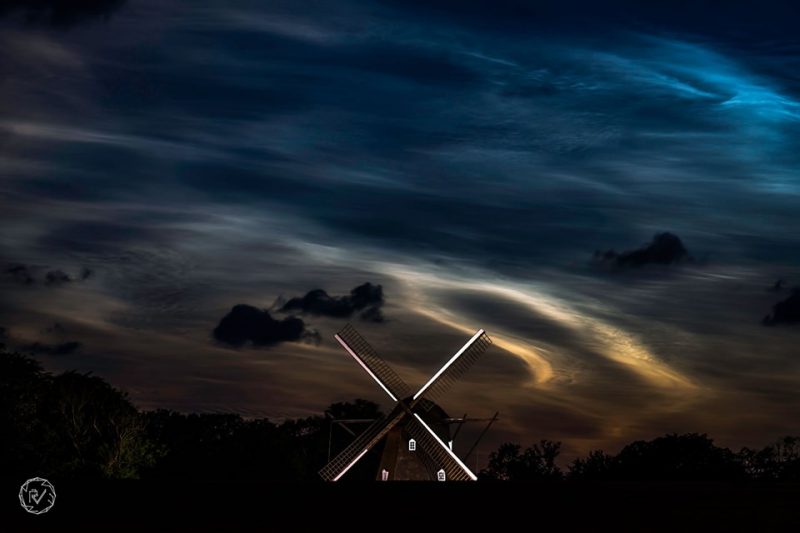 Photo by RV Photography, who wrote: Last night was Midsummers Eve (June 21), a national holiday here in Sweden, and the noctilucent clouds decided to put on a show in honor of this ancient celebration of the summer solstice. Here they are lighting up the night sky behind the Windmill at Kulla Gunnarstorp. 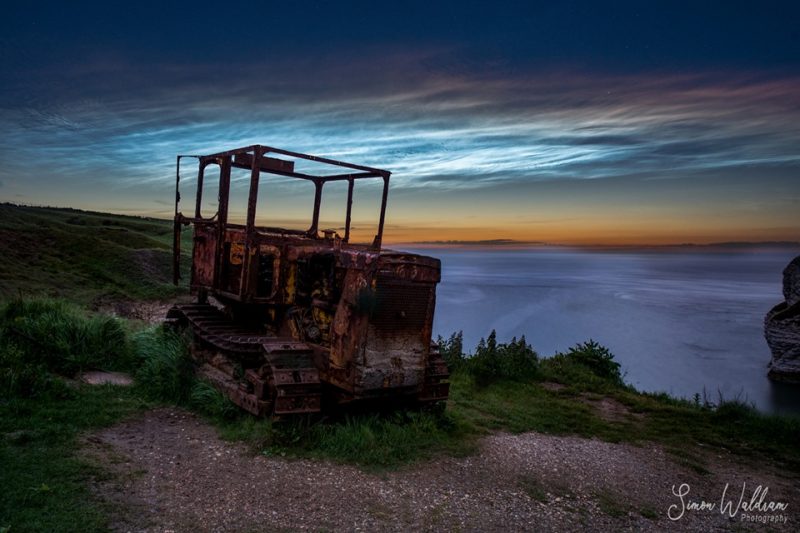 June 2019 has been a beautiful month for seeing noctilucent – or night-shining – clouds. The Facebook group Noctilucent Clouds Around the World has been buzzing with sightings, and loaded with photos, and we’ve also heard from people who sighted the clouds this month from farther south than usual, including some sightings from as far south as Oklahoma. 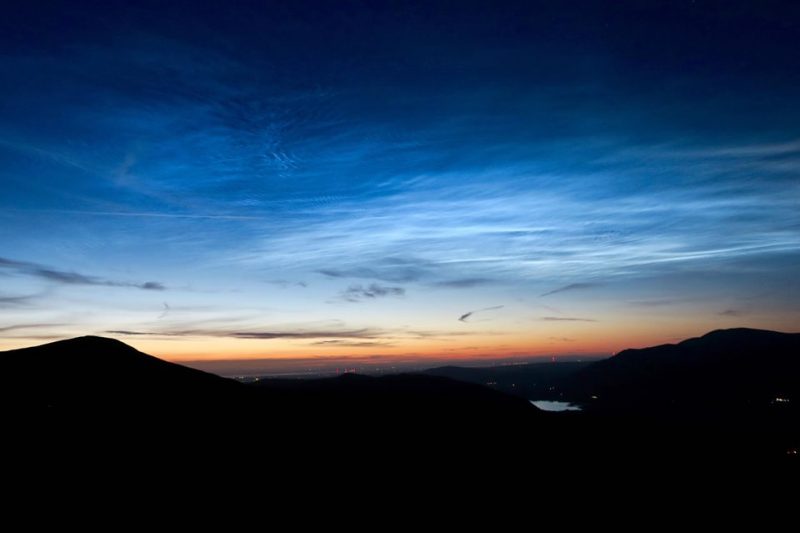 Photographer Adrian Strand wrote, “Noctilucent clouds from the summit of Scar Crags just before midnight June 21 in the English Lake District, showing the mountains of Grisedale Pike and Skiddaw, part of Bassenthwaite Lake too.” 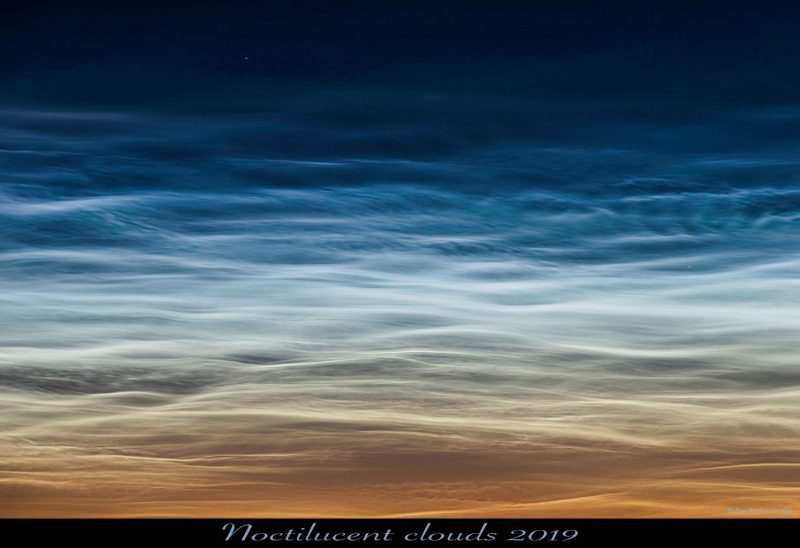 Leon KijkindeVegte in the Netherlands caught this photo on the night of June 12, 2019. He posted it at the great Facebook page Noctilucent Clouds Around The World. 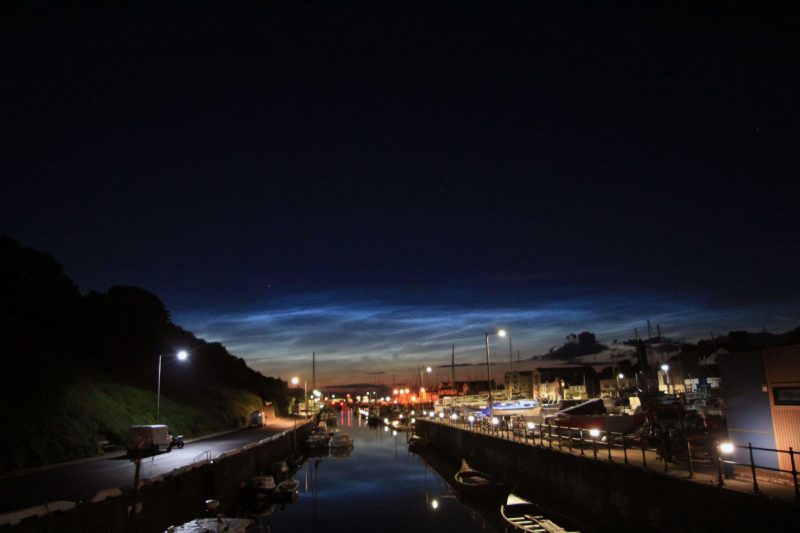 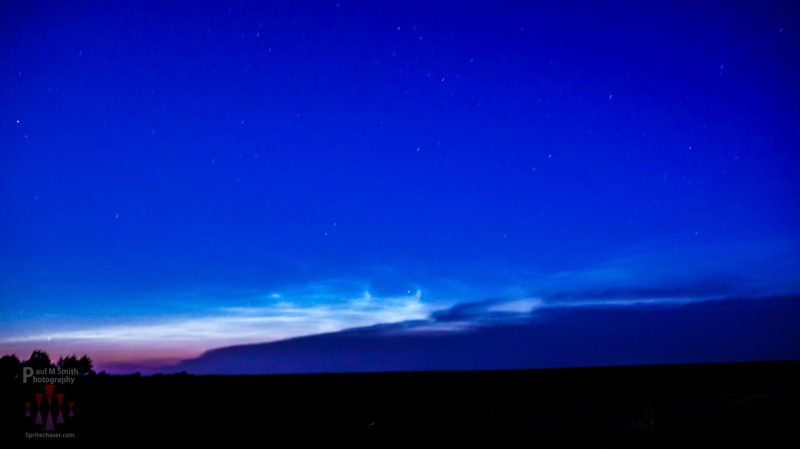 View at EarthSky Community Photos. | What?! Noctilucent clouds as far south as Oklahoma?! Paul Smith was in Freedom, in northern Oklahoma, when he caught noctilucent clouds low on his horizon. He told EarthSky: “I saw these bright glowing clouds snaking above the storms I was watching [over the horizon] in Kansas. I thought it looked like the noctilucent cloud pictures I have seen in the past, but also thought there was no way it could be them this far south.” Yet his wasn’t the only sighting. Read more from the awesome Capital Weather Gang at the Washington Post. Thanks for the photo and the heads up, Paul!

What are these clouds? They’re seeded by dust from meteors. They’re the highest clouds in Earth’s sky, floating more than 50 miles (80 km) above Earth’s surface. You know how – at the end of day – a high mountaintop may be the last thing illuminated by sunlight? So it is with these clouds. Sunlight can be striking them when it has long set for us on Earth’s surface, and thus they are noctilucent (noct + lucent = visible or glowing at night). Plus the clouds are cold and contain ice crystals. When sunlight strikes them, they shimmer and glow with a bright blue color.

Once seen only at high latitudes – relatively close to Earth’s poles – scientists have said the clouds have been edging southward in recent years. No one knows why.

We hope you enjoy these recent images! This first one is a video from Dominique Dierick, showing the shining clouds over Belgium on the night of June 12, 2019:

Christian Wig in northern Denmark caught the images to make the timelapse below on June 13 and 14: 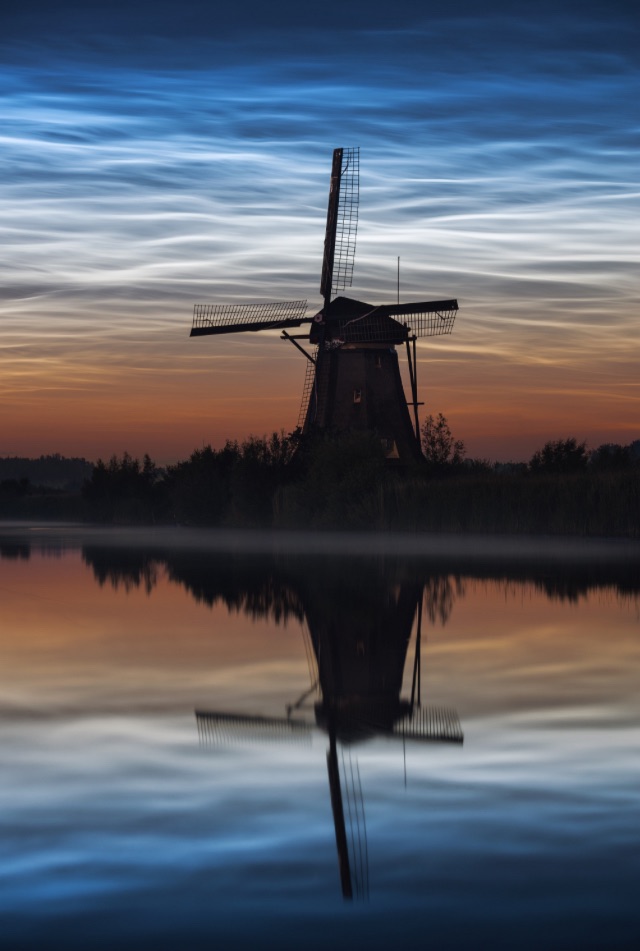 View at EarthSky Community Photos. | Hans Van Boven wrote, “Beautiful noctilucent clouds were observed above the Netherlands in the night from 12 to 13 June 2019.” 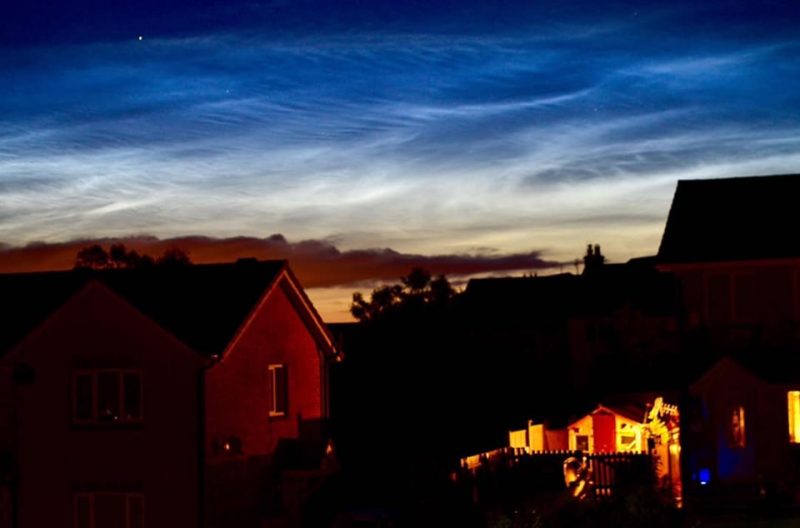 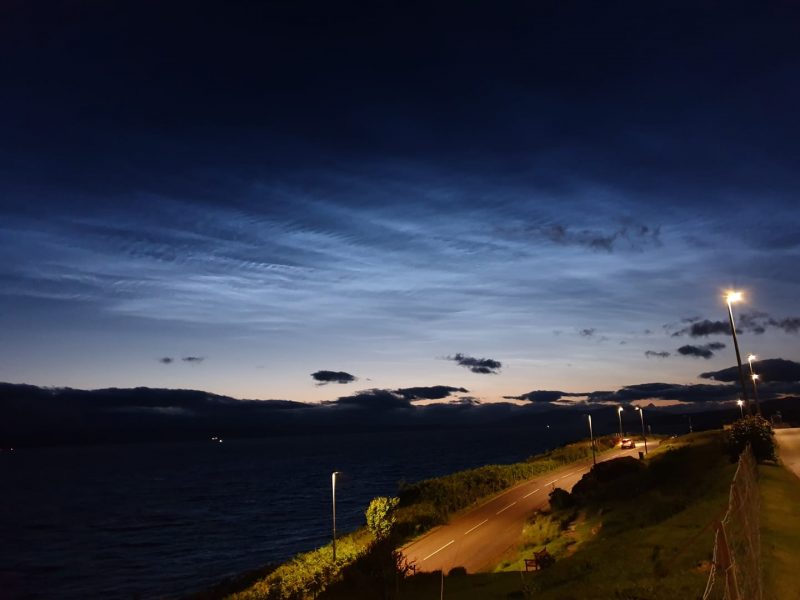 Noctilucent clouds – called “noctiluques” in French – from Paris on June 12, 2019, from Bertrand Kulik, via Noctilucent Clouds Around the World. This is a great photo for seeing the difference between the ordinary clouds in the sky, some of which are glowing faintly red above the great City of Light, and the much-higher and more electric-looking noctilucent clouds.

Spaceweather.com reported a big outbreak of the clouds on June 8 and 9, saying:

… many people who have never previously heard of noctilucent clouds … found themselves eagerly taking pictures of them – from moving cars, through city lights, using cell phones and iPads.

On June 8 and 9, people were reporting more southerly than usual sightings of the electric-blue clouds. 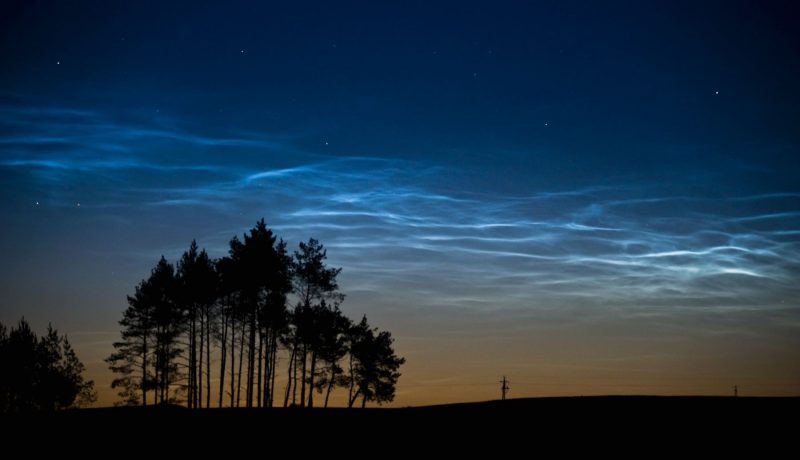 View at EarthSky Community Photos. | Marek Nikodem in Szubin, Poland, captured this image on the morning of June 9, 2019, and wrote: “A beautiful noctilucent cloud display before dawn.” Thank you, Marek! 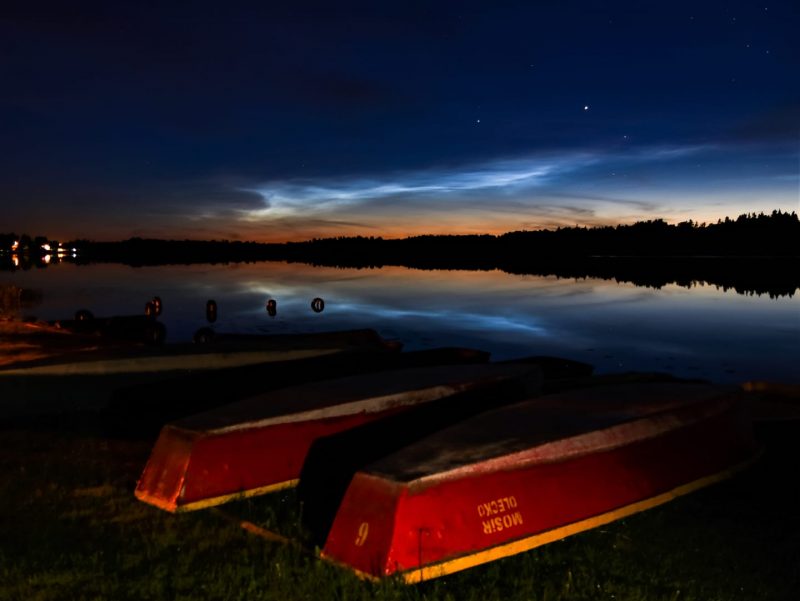 Noctilucent clouds seen over Poland on June 3, 2019, via Dorota Anna. Thank you, Dorota.

Bottom line: Photos from the amazing month of June 2019, which has been awesome so far for seeing noctilucent – or night-shining – clouds. Special thanks to Adrien Louis Mauduit, who runs the Facebook community that tracks these clouds.

Read more: Sightings of these rare, shimmering clouds on the edge of space are on the rise. No one knows why.

For many, many, many more photos … visit the Facebook community Noctilucent Clouds around the World