Crescent suns – created via the pinhole effect – on buildings in downtown Portland, Oregon during the eclipse. Cool photo and an awesome effect to watch for during eclipses! 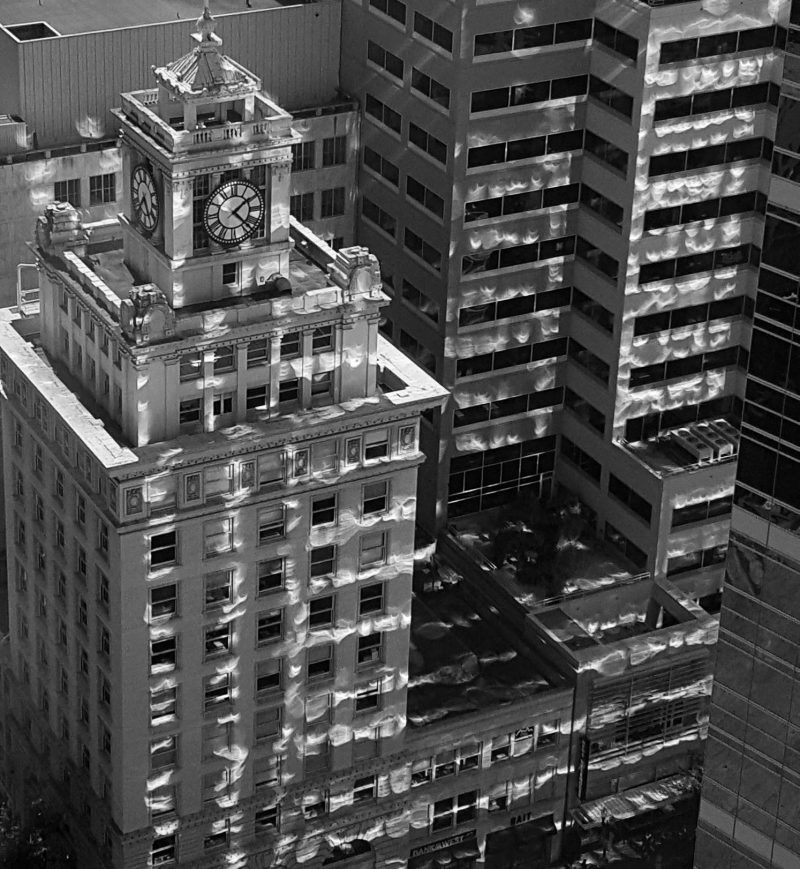 Andrew Caldwell captured this image on August 21, 2017 at 10:27 a.m. during the partial phases of the solar eclipse. As you may know, during an eclipse – as the eclipse progresses to, say, 60% coverage or more – you begin to see crescent suns everywhere, on the ground and on the sides of buildings. They’re created via the pinhole effect, usually from tree leaves, but, in this case (as you can see from Les Cowley’s comment below), the situation is a little complicated. Andrew wrote that he was:

We asked Les Cowley of the wonderful website Atmospheric Optics about this image. He wrote that both the pinhole effect and reflections from nearby buildings are involved:

A unique image. The images are reflections from the windows on buildings opposite. Each window acts as a ‘pinhole’ to image the eclipsed sun just as the spaces between leaves do.

I would like to see another image by Andrew Caldwell taken soon, at the same time of day and of course with a clear sun. The windows should then project disk shapes instead of crescents.

Thanks, Andrew and Les!

Bottom line: Crescent suns – created via the pinhole effect – on buildings in downtown Portland, Oregon during the August 21, 2017 solar eclipse.