See it! Best photos of moon and Venus on September 8

Posted by Deborah Byrd and Eleanor Imster in Space | September 9, 2013

As the line of sunsets swept westward yesterday, people around the globe thrilled to the sight of the moon and Venus in their twilight sky. See their photos!

Yesterday evening (September 8, 2013), the moon swept past the planet Venus in the west after sunset. Our friends across the globe shared their photos of Venus and the moon in their skies. As the line of sunsets swept westward around the globe, the images came first from Australia and New Zealand, then Asia, the Middle East, Europe and finally the Americas. As the day passed, we could see from the images that the moon was drawing closer and closer to Venus. Why? Because the moon is moving in orbit around Earth, and its movement across half a day is noticeable in the sky. You can see that movement of the moon by looking at the photos below, from top to bottom.

If you had cloudy skies, or were stuck inside – or just want to relive the beauty of last night’s evening twilight sky – here are some of the best views of the spectacular moon-Venus pairing of September 8, 2013.

Thanks to all who posted on EarthSky’s Facebook and Google+ pages! We wish we could have used every single photo in this gallery, and we appreciate you all. 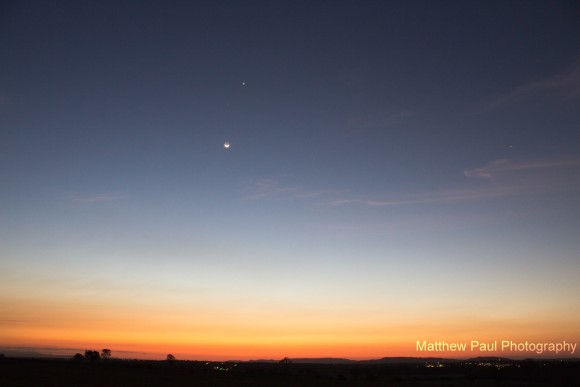 On EarthSky’s social media pages, we began seeing Venus-moon photos early in the day on September 8, since night had already fallen in Australia and New Zealand. This one is from our friend Matthew Paul in Ipswich, Queensland, Australia. Thank you, Matthew. 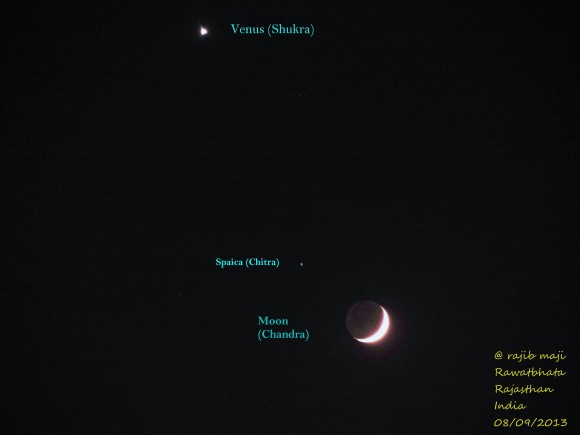 Here’s another one from India. Photo via Rajib Maji 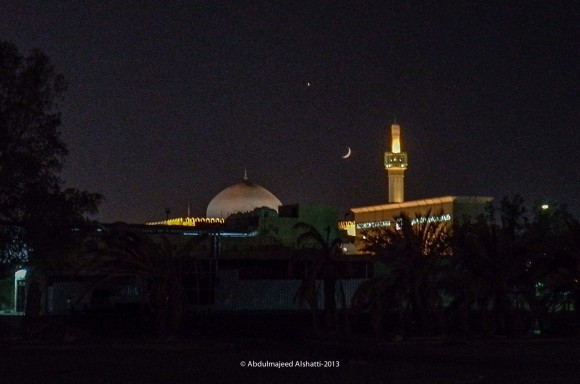 This is the moon and VEnus on September 8, 2013, over the Grand Mosque in Kuwait. Photo via EarthSky Facebook friend Abdulmajeed Alshatti 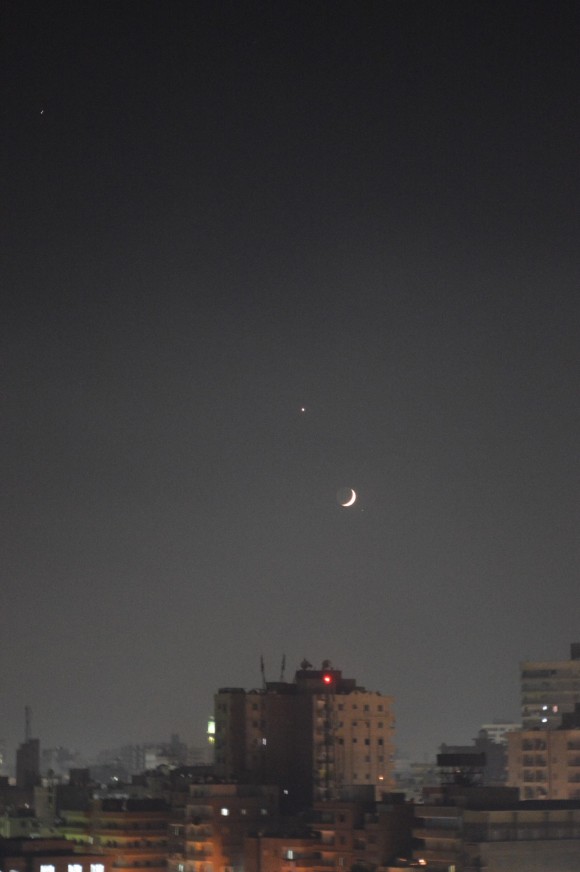 Moon and Venus as seen from Egypt. Photo via our friend Mohammed Hatata 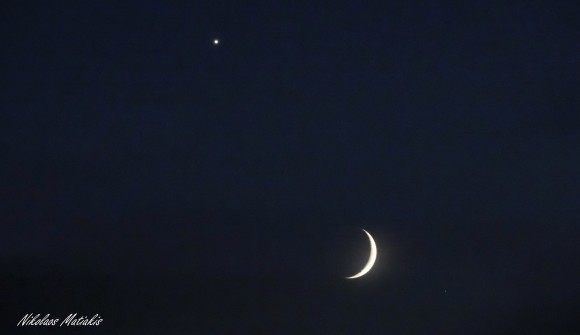 Nikos Matiakis sent in this photo from Kozani, Macedonia, Greece. 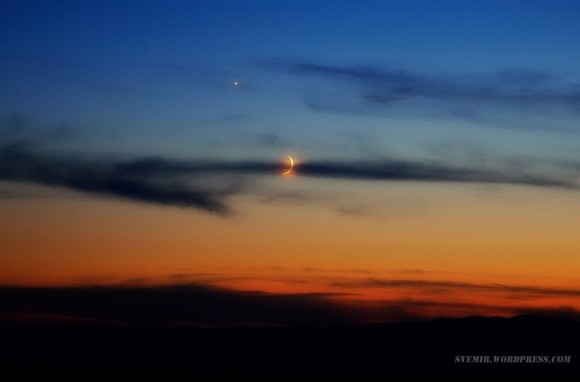 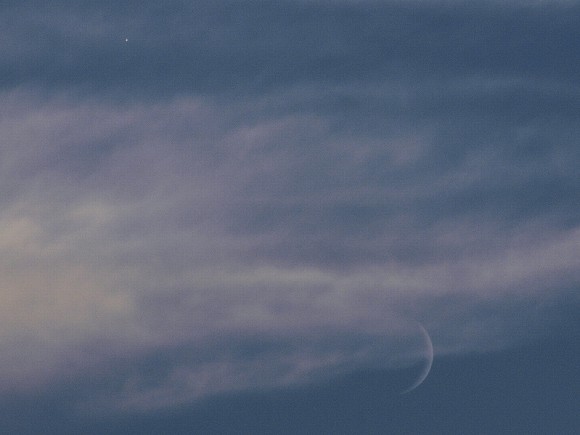 The moon and Venus as seen on September 8 from Budapest, Hungary. Photo via Jozef Deak, who caught the pair just as the sun was setting. That’s why the sky is blue. Yesterday was the best day of 2013 to catch Venus in daylight. 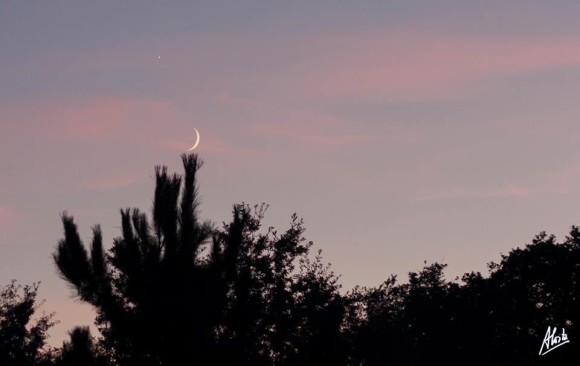 The moon and Venus as seen from Spain. Photo via Antonio Costa

As seen from parts of South America, the moon actually passed in front of Venus. Astronomers call this kind of event an occultation. Crístian Rubert captured this photo from Santa Maria, Rio Grande do Sul, Brazil, shortly before the occultation began. 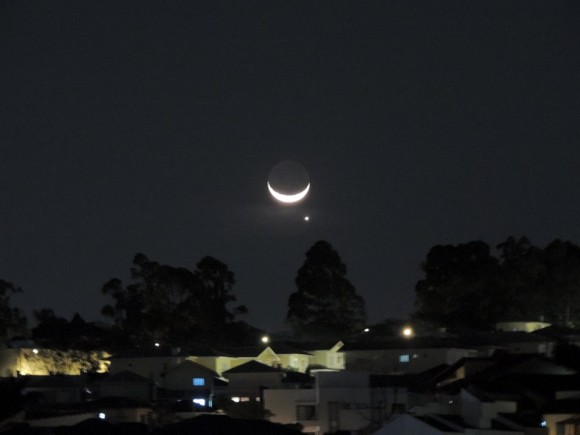 Another beauty from Sao Paulo, Brazil. Why is the angle different from the photos taken in the Northern Hemisphere? It’s just an effect of perspective, between one part of Earth and another. Photo via Igor Alexandre 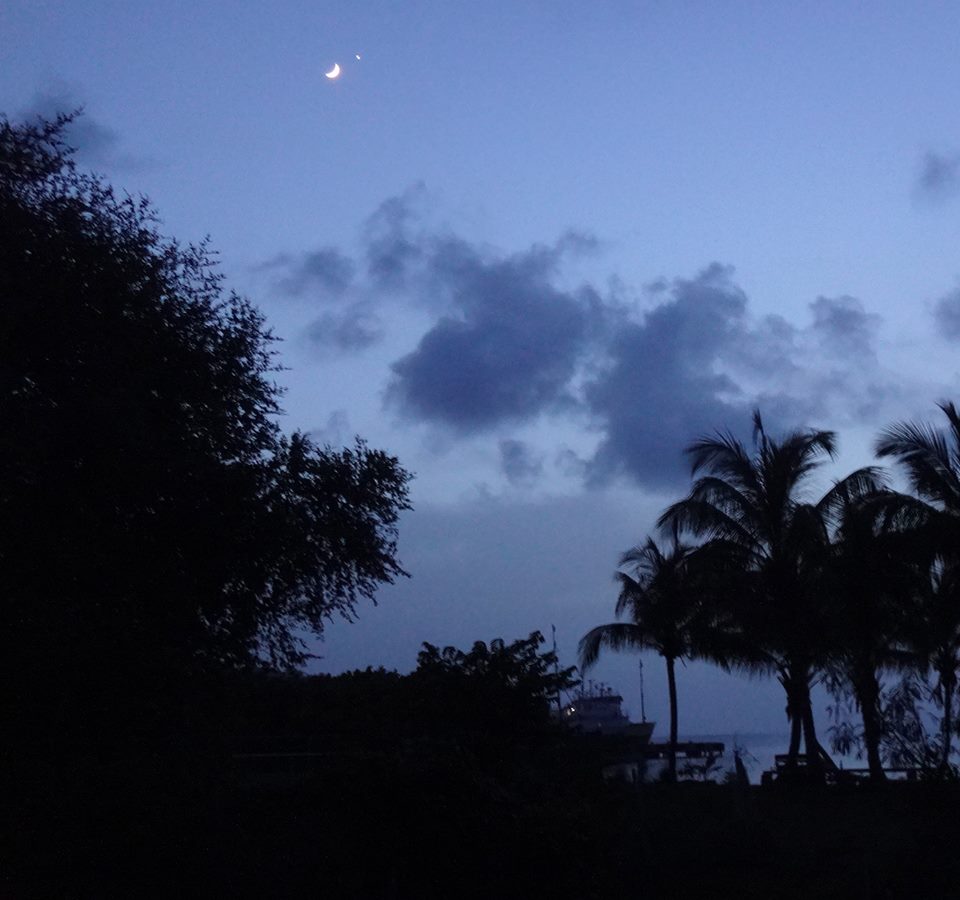 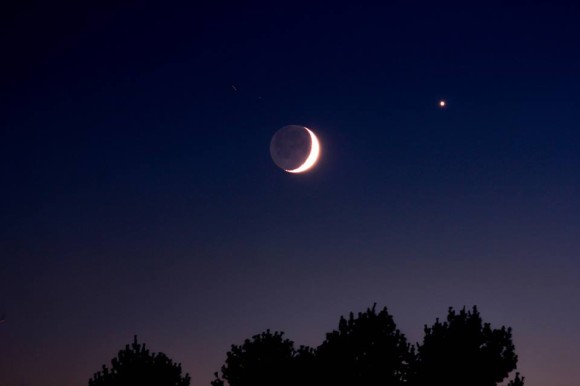 One of our favorite photographers, Eileen Claffey, got this beautiful image from Brookline, Massachusetts. 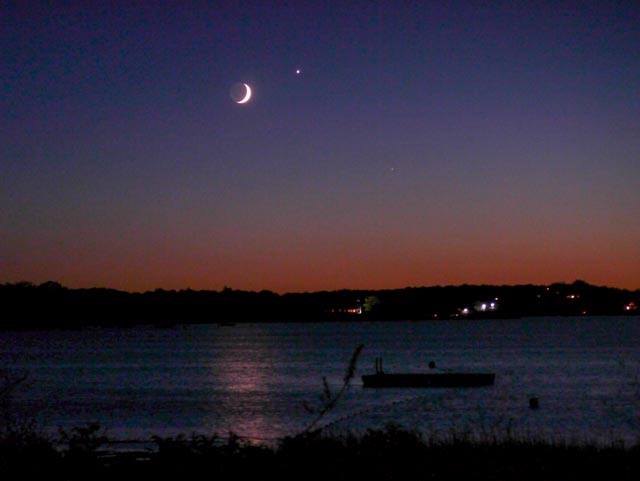 Phyllis Mandel is another wonderful photographer, who captured the moon and Venus at Oyster Pond, Cape Cod, Chatham, Massachusetts. 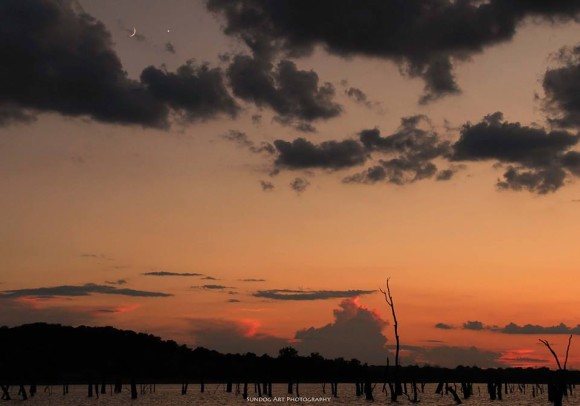 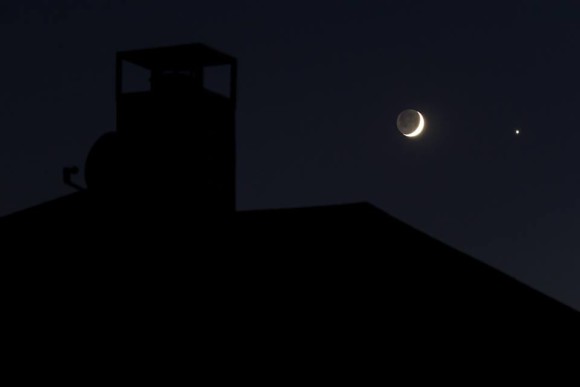 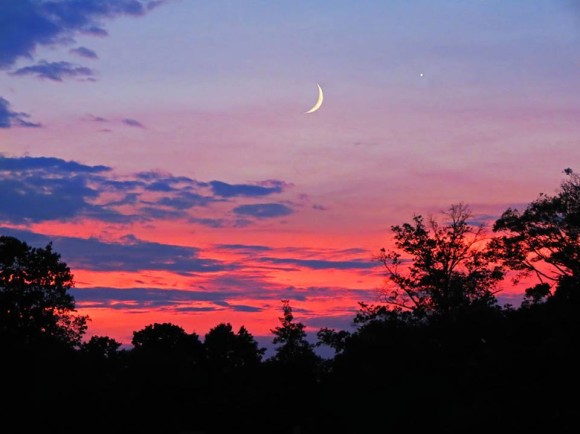 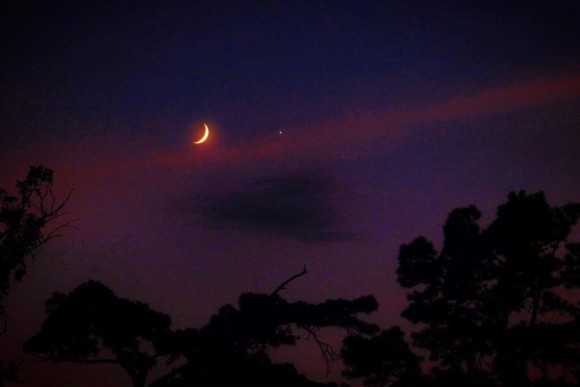 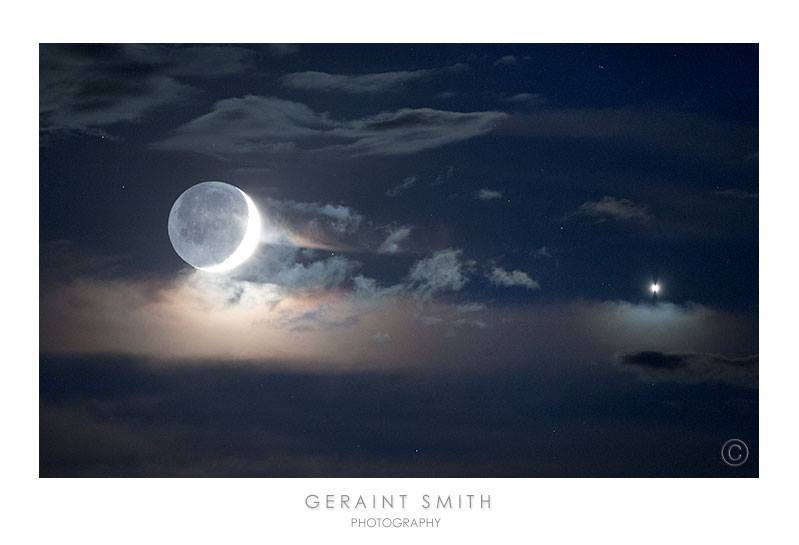