Populations of the charismatic orange and black monarch butterfly have plummeted. Will they be extinct in 20 years? 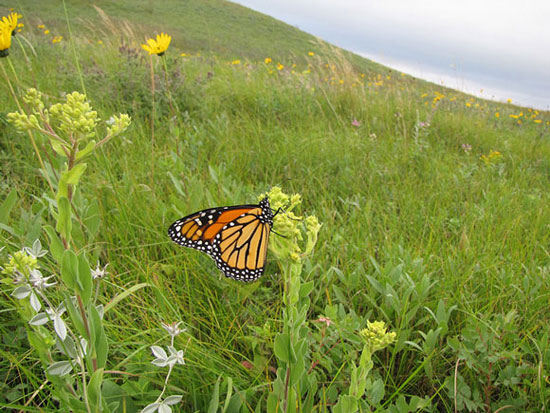 Populations of the charismatic orange and black monarch butterfly have plummeted in recent years. To help with conservation efforts, scientists have calculated the extinction risks for the eastern migratory population of monarchs, which overwinter in Mexico and migrate up through North America during warm spring and summer months. Their new data suggest that these butterflies have a 11–57% chance of going quasi-extinct if new efforts are not taken to protect them. The study was published in Scientific Reports on March 21, 2016.

Eastern monarch populations have declined by about 80% over the last decade, primarily because of the destruction of important breeding sites inhabited by milkweed in the U.S. Monarchs lay their eggs on milkweed, and newly hatched caterpillars feed exclusively on these plants, which contain toxic chemical compounds called cardenolides. The ingested cardenolides protect the developing and adult butterflies from being eaten by birds because the chemicals taste bad and are harmful to the birds. Birds actually rarely attempt to eat a monarch because they have learned to associate the coloration pattern of the butterflies’ wings with their noxious taste. 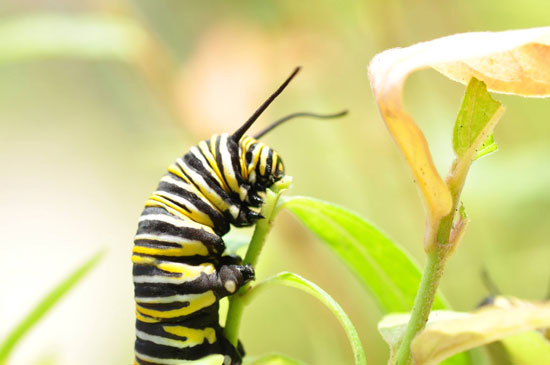 Other factors contributing to the decline in eastern monarch populations include the loss of overwintering habitat in Mexico, loss of wildflower habitat in the U.S., which the adults depend upon for food, climate change, insecticide use, the spread of invasive plant species that crowd out milkweed, and parasitic diseases.

Brice Semmens, a scientist at Scripps Institution of Oceanography and lead author of the new study, commented on the need for future conservation efforts in a press release. He said:

Because monarch numbers vary dramatically from year to year depending on weather and other factors, increasing the average population size is the single-most important way to provide these iconic butterflies with a much-needed buffer against extinction.

For simplicity, scientists estimate the size of the eastern monarch population by surveying the extent of the geographic area covered with monarch colonies at overwintering sites in Mexico. The lowest extent ever recorded was 0.67 hectares during the winter of 2013/2014. While slight increases to 1.13 ha were detected during the winter of 2014/2015, this population size is still much too low and leaves the species at high risk for extinction due to random events such as severe winter storms.

The U.S., Mexico, and Canada have now set a 6 hectare target goal for the year 2020—if such a conservation goal is reached, this could effectively reduce the quasi-extinction risk by more than 50% according to the results of the new study. The scientists recommend that efforts to achieve the 6 hectare goal should focus on the creation and restoration of habitat, as this would help to improve breeding sites across North America.

The U.S. Fish and Wildlife Service is currently considering a petition from conservation groups to protect the eastern monarch under the laws and regulations of the Endangered Species Act. 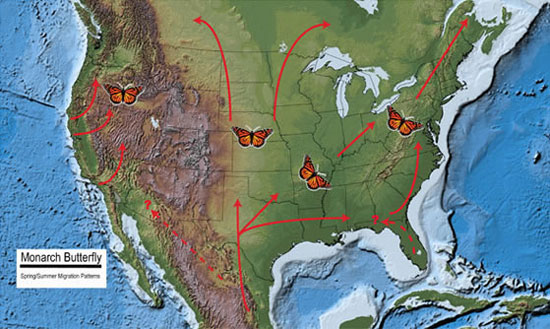 Some critical data for this study were obtained from the Monarch Larva Monitoring Project, which is a valuable citizen science project that you can join at the link here.

Bottom line: A new study published in Scientific Reports on March 21, 2016, estimates that the eastern monarch population could face a 11–57% chance of going quasi-extinct over the next 20 years if additional conservation measures are not put into place. One of the best ways to help would be to create and restore breeding habitat containing milkweed in North America, the scientists say.

How do monarch butterflies migrate?

How to save Europe’s most threatened butterflies