A record etched in rock from 120 million years ago shows the fragile beauty of an ancient butterfly-like insect. 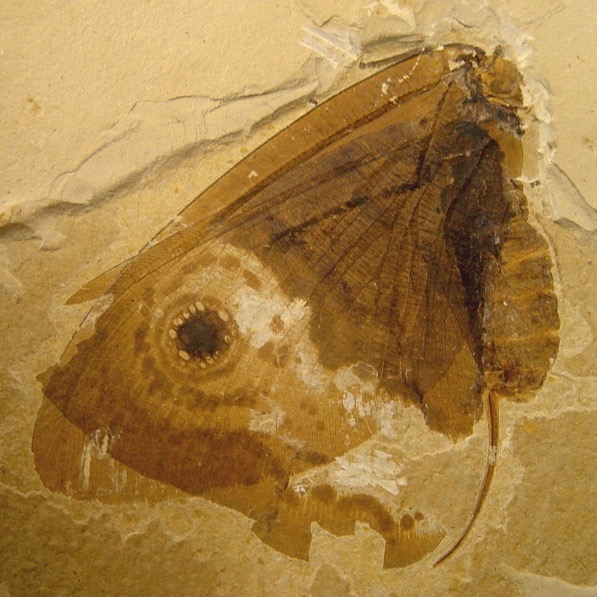 Here’s a fossil of a large butterfly-like insect known as a Kalligrammatid lacewing, which has been extinct for more than 120 million years. Scientists at the Smithsonian’s National Museum of Natural History used new fossil analysis techniques to learn that these ancient lacewings were surprisingly similar to modern butterflies, which did not appear on Earth for another 50 million years.

Read more via the Smithsonian.