Messier 11 is the Wild Duck Cluster

Messier 11 is a faint cluster of stars in a star-rich region of the night sky, in the direction of the heart of our Milky Way galaxy. 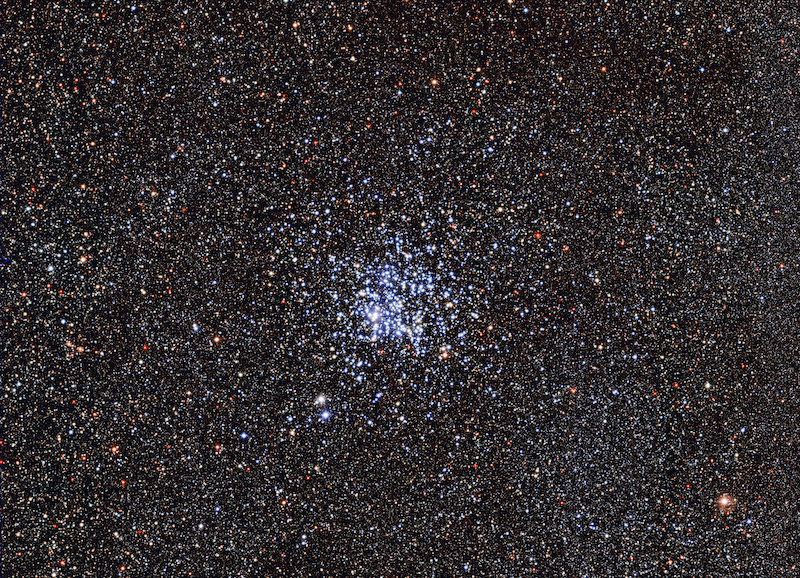 Messier 11, imaged by the European Southern Observatory’s 2.2-meter telescope at the La Silla Observatory in Chile. The blue stars near the center of the cluster are young, hot stars. Image via ESO.

The Wild Duck Cluster, also known as Messier 11, is an open star cluster in the direction of our constellation Scutum the Shield. This loose aggregation of stars lies about 6,120 light-years away. It’s quite faint; you’ll need binoculars or a telescope to see it. It consists of sibling stars, born from a cloud of gas and dust in space. 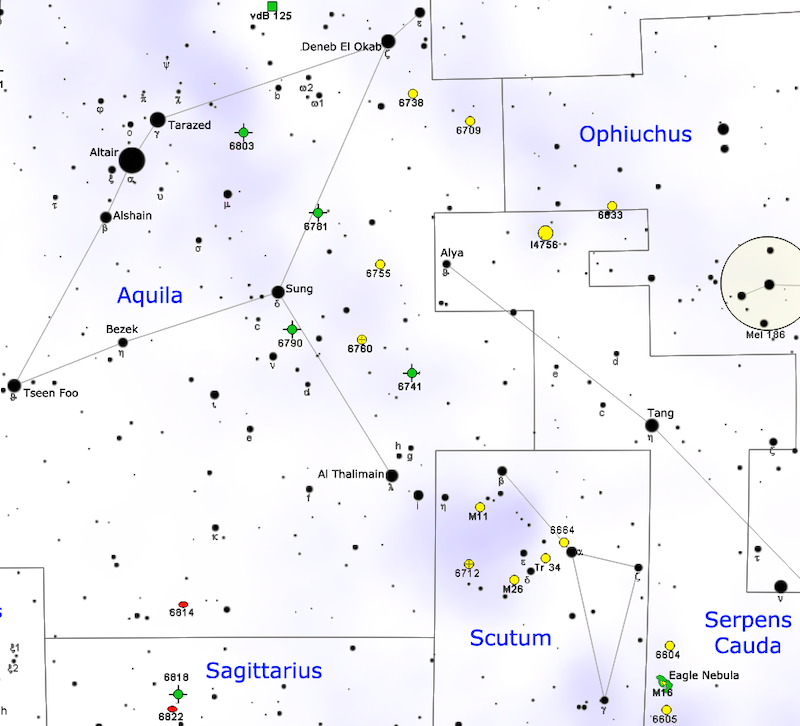 A star map showing Aquila and Scutum. Altair is a very bright star, easily identifiable in the sky since it’s part of the Summer Triangle. Image via Roberto Mura/ Wikimedia Commons.

From Altair, following the chart below, you can star-hop in the southwest direction towards Messier 11. Delta Aquilae is your first hop, about 8 degrees from Altair. (For reference, the width of four fingers held at arm’s length approximates 8 degrees of sky.)

Using binoculars, keep going downward a bit more than twice the Altair-Delta Aquilae distance, till you see a semicircle of stars that pretty much fills your binocular field. The Wild Duck Cluster pops out as a hazy star-like object just beneath this semicircle star pattern. 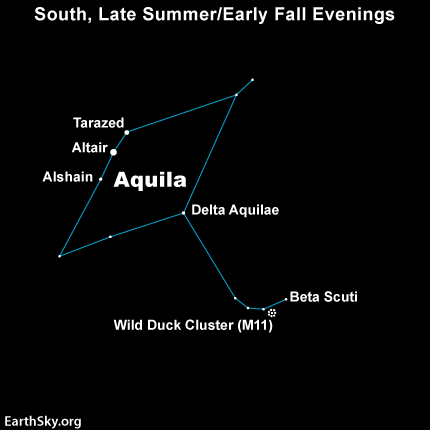 If you have a telescope, Messier 11 is best viewed when it’s relatively high in the southern sky. That’s in the wee hours before sunrise in spring, late night in early summer, and mid-evening in late summer and early fall.

An open star cluster is a group of stars that formed from the same giant cloud of mostly molecular hydrogen. These massive clouds, often called stellar nurseries, are so dense that gravitational forces form compact conglomerations of molecular hydrogen that continue to contract until fusion reactions in the stars’ centers ignite the birth of new stars. Initially, the young stars are loosely bound together by gravity but they will eventually disperse over time.

Messier 11, one of the most massive open star clusters that we know of, has about 3,000 stars, with its hot blue stars congregated towards the center. The cluster is thought to have formed sometime between 250 to 316 million years ago. Astronomers refer to it as a metal-rich cluster because a nearby supernova likely seeded its molecular cloud complex with heavier elements.

In 1733, English naturalist William Derham was able to resolve Messier 11 as individual stars through a telescope, and not long after, in 1764, French astronomer Charles Messier added it to his famous catalog. This open star cluster got its unusual colloquial name, “Wild Duck Cluster,” from Admiral William Henry Smyth; while observing the cluster through a telescope in 1835, he noted a V-shaped pattern of its brightest stars that reminded him of the flight formation of wild ducks. 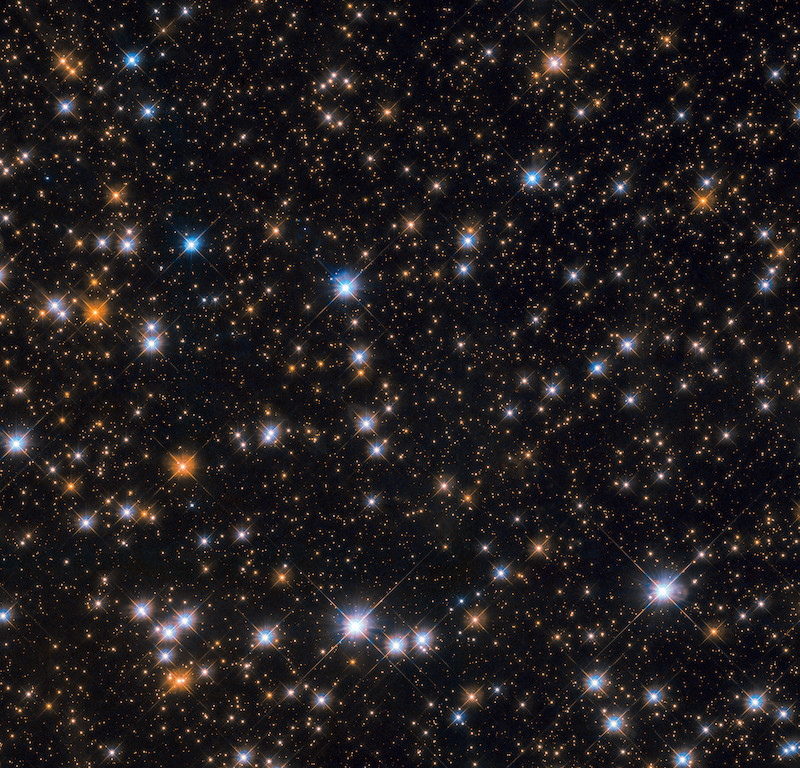 Bottom line: Messier 11, also known as the Wild Duck cluster, is an open star cluster in the constellation Scutum.