Use the Big Dipper to find the Little Dipper 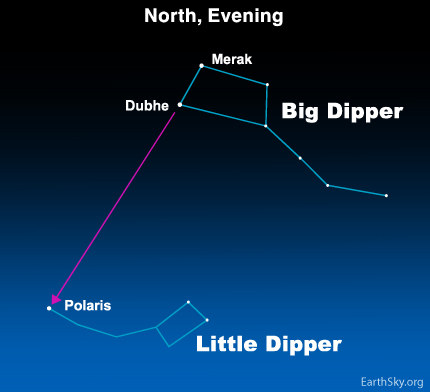 The Big Dipper – also called the Plough – is easy. You’ll find it high in the north on April evenings. Notice it has two parts: a handle and a bowl. The two outer stars in the Big Dipper’s bowl are sometimes called the pointers. They point toward Polaris, the North Star. Polaris is at the end of the Little Dipper’s handle. 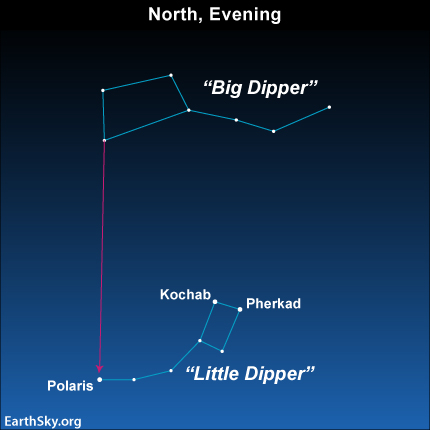 Kochab and Pherkad are the 2 outermost stars in the bowl of the Little Dipper. They used to be pole stars!

Now about the star Polaris. It’s special because Earth’s northern axis points (nearly) to its location in the sky. It’s the star around which the entire northern sky appears to turn.

Polaris is less than a degree away from the true north celestial pole on the sky’s dome now. It’ll be closest to true north – less than half a degree away – in the year 2102. The change in the location of the celestial pole with respect to Polaris is due to a motion of Earth called precession. This motion causes Earth’s axis to trace out a circle among the stars every 26,000 years.

Polaris wasn’t always the North Star. Thousands of years ago, it was an ordinary star in the northern sky, known to the Greeks by the name Phoenice. Slowly, over eons of time, the north celestial pole moved closer to Polaris.

Other ordinary stars in the northern sky have also had the honor of being the pole star, aka the north star. That includes Kochab and Pherkad, the two outermost stars in the bowl of the Little Dipper (see chart above).

They’re still sometimes called the Guardians of the Pole. 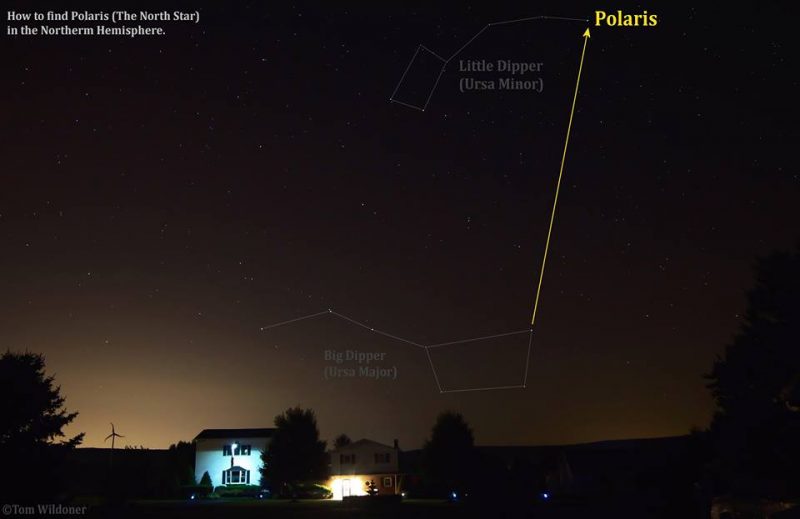 View larger. | It doesn’t matter how the Big Dipper is oriented in your sky. If you can see it, the 2 outer stars in its bowl will point to Polaris. In this shot, Tom Wildoner caught the Big Dipper and Polaris at around 3:30 a.m. in July 2013. Thanks, Tom! 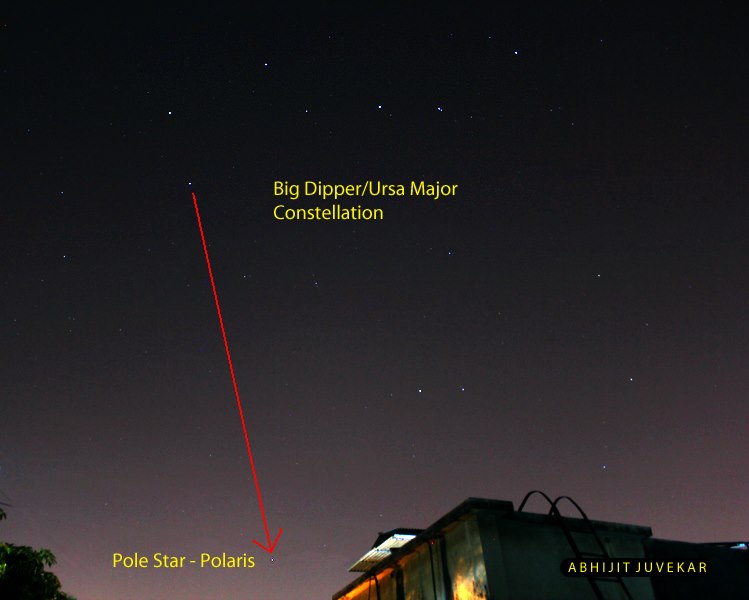