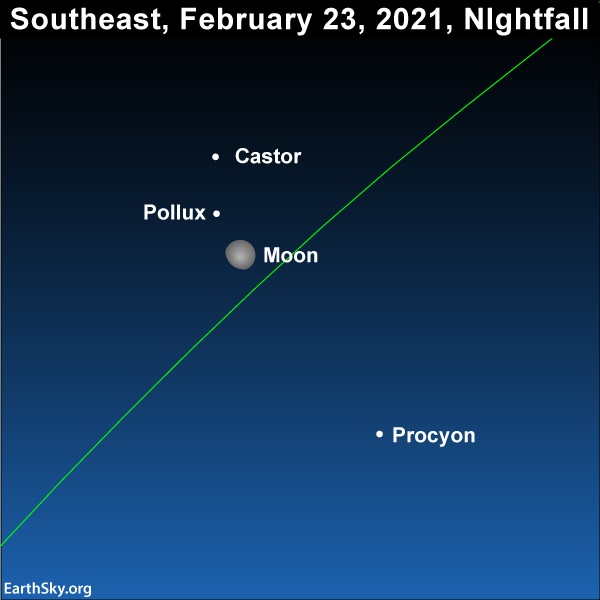 On the evening of February 23, 2021, the waxing gibbous moon is bright enough to erase many stars from the blackboard of night. But you’ll likely still see the two bright Gemini “twins” – the stars Castor and Pollux – in the moon’s glare. Another bright star is nearby; it’s Procyon, brightest star in the constellation Canis Minor the Lesser Dog, also known as the Little Dog Star.

Look for the moon and constellation Gemini to reach their high point for the night somewhere around 9 to 10 p.m. local time. That’s the approximate time on your clock, no matter where you live around the globe.

As Earth spins under the sky, the stars, planets and moon all appear to shift westward throughout the night. Meanwhile, the moon’s motion in orbit around Earth is carrying it eastward through the constellations of the zodiac. Every month, the moon in its journey along the zodiac travels to the south of Castor and Pollux, and to the north of the Little Dog Star, Procyon.

Visit Heavens-Above to know the moon’s place upon the zodiac.

Visit Stellarium for a sky chart suited to your location on the globe.

From the vantage point of either hemisphere, the other hemisphere sees things upside down. Up or down is a matter of perspective. To avoid ambiguity, we can say that Castor and Pollux lie north of the moon (in the direction of Polaris, the North Star), and Procyon lies south of the moon (in the direction away from the North Star). In fact, an imaginary line drawn from Procyon and going between Castor and Pollux would take you to Polaris. Be forewarned, though … from the Southern Hemisphere, Polaris sits below your northern horizon. Also, even from the Northern Hemisphere, it’s a mighty long jump from Procyon to Polaris! 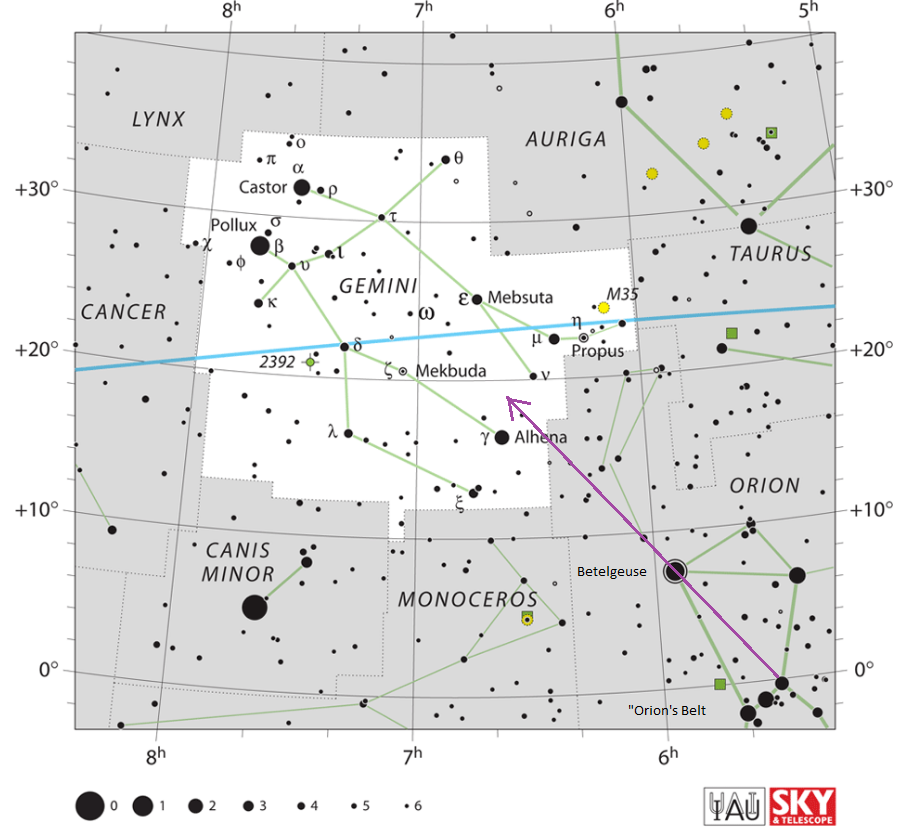 Sky chart of the constellation Gemini via IAU. When the moon is no longer in front of Gemini, draw an imaginary line from the westernmost star of Orion’s Belt through the bright ruddy star Betelgeuse to locate the Gemini stars Castor and Pollux. 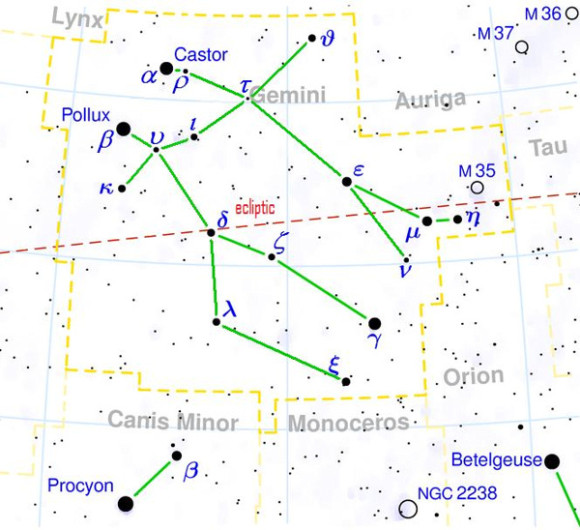 The 2 bright stars of Gemini – Castor and Pollux – are often depicted as marking a starry eye of a Twin. If you have binoculars and a dark sky, be sure to check out Gemini’s beautiful star cluster, Messier 35 (M35) in western Gemini near the Taurus border. See it, at the foot of Castor? 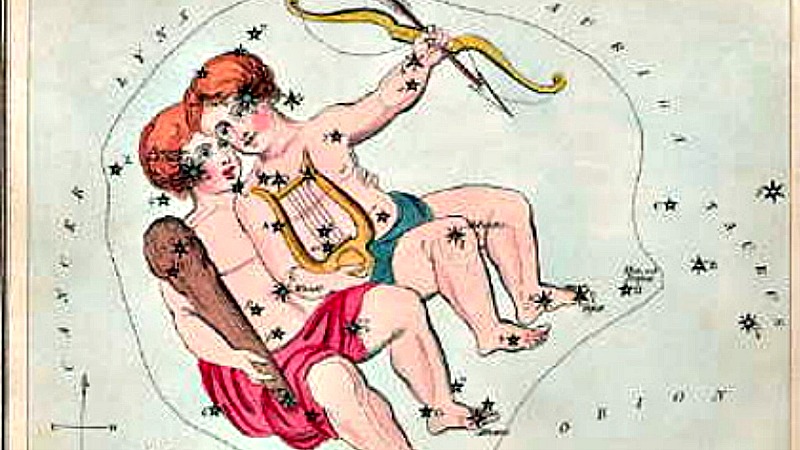 Castor and Pollux, the Gemini twins, via Wikipedia.

Bottom line: On the night of February 23, 2021, watch the moon pass to the south of the Gemini stars Castor and Pollux and to the north of Procyon, aka the Little Dog Star.