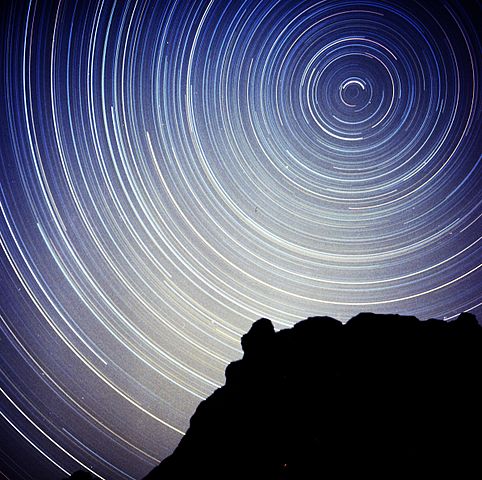 Circumpolar stars stay above the horizon all hours of the day, every day of the year. These stars neither rise nor set but always remain in our sky. Even when you can’t see them – when the sun is out and it’s daytime – these stars are up there, circling endlessly around the sky’s north or south pole.

For instance, the stars of the famous Big Dipper asterism are circumpolar at all latitudes north of 41 degrees north latitude, which includes the northern half of the mainland United States and most of Europe. 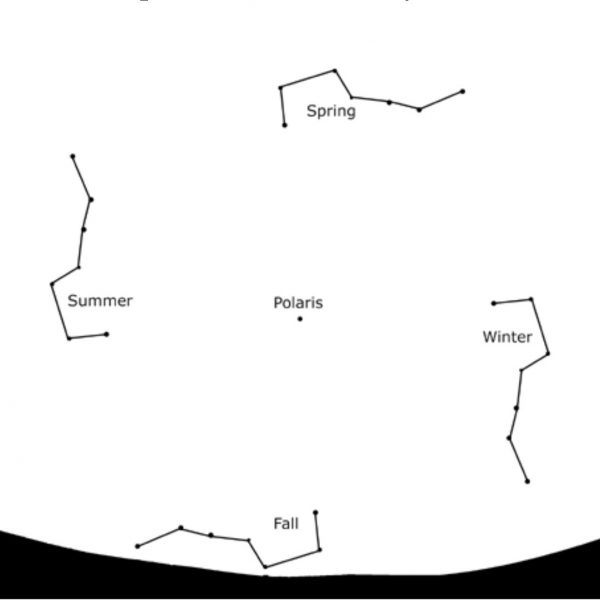 From the northern U.S., Canada or similar latitudes, the Big Dipper is circumpolar, always above your horizon. Image shows Big Dipper at midnight at various seasons. “Spring up and fall down” for the Dipper’s appearance in our northern sky. It ascends in the northeast on spring evenings and descends in the northwest on fall evenings. Image via Night Sky Interlude – Spring Skies.

At the Earth’s equator, no star is circumpolar because all the stars rise and set daily in that part of the world. You can (theoretically) see every star in the night sky over the course of one year. In practice, of course, things like clouds and horizon haze get in the way.

We in the Northern Hemisphere are lucky to have a moderately-bright star, Polaris, nearly coinciding with the north celestial pole – the point in the sky that’s at zenith (straight overhead) at the Earth’s North Pole.

Draw an imaginary line straight down from Polaris, the North Star, to the horizon, and presto, you have what it takes to draw out the circle of circumpolar stars in your sky. 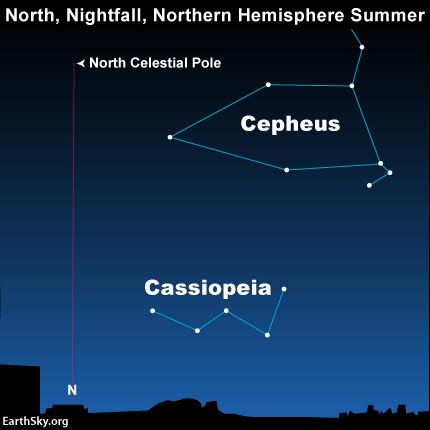 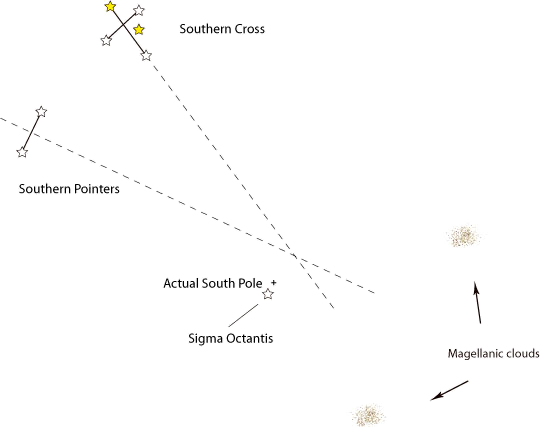 By the way, Cassiopeia lies on the opposite side of Polaris from the Big Dipper. So from mid-northern latitudes, the Big Dipper and Polaris help you to locate Cassiopeia. See the above animation, in which all the stars revolve full circle around the celestial pole each day, or more precisely every 23 hours and 56 minutes. 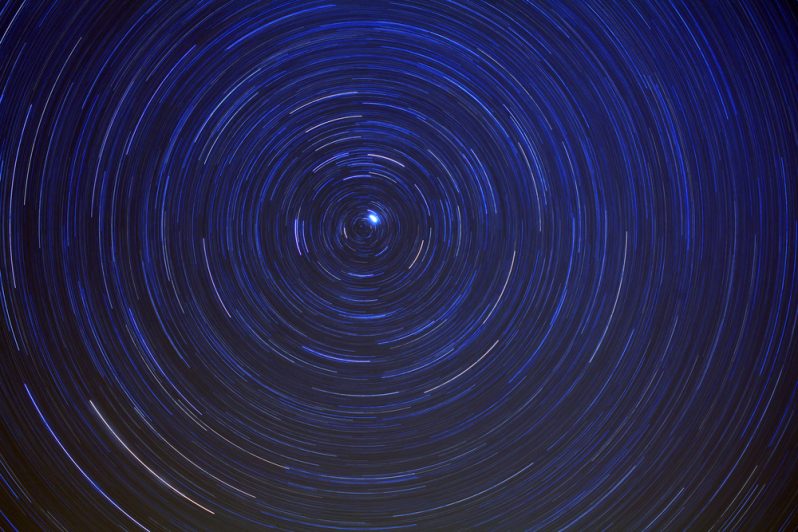 Sky wheeling around Polaris, the North Star. Image via Shutterstock.

Bottom line: Circumpolar stars stay above the horizon all hours of the day, every day of the year. Although you can’t see them, they’re up even in daytime.

Read more: Use the Southern Cross to find due south