See the layers of dust set against this South Carolina sunset? That dust came from Africa’s Sahara Desert. It traveled across the Atlantic Ocean this month to cause dusty skies across the U.S. South and into Texas. 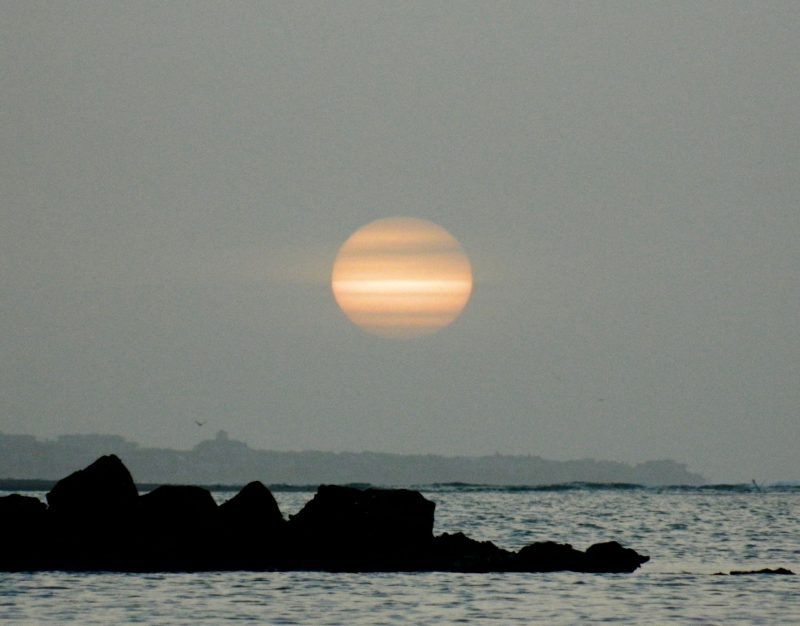 The U.S. South – and into Arkansas and Texas – are experiencing very dusty sunsets and sunrises. They’re due to an unusually large plume of dust from northern Africa’s Saharan Desert, which wafted across the Atlantic beginning just after mid-June. The Washington Post’s Capital Weather Gang wrote on June 25, 2020:

An unusually thick, nearly 5,000-mile-long plume of dust that was whisked off the Sahara Desert by storm-related winds June 14 is moving ashore along the coast of the Gulf of Mexico from Texas to the Florida Panhandle. It is predicted to cause a deterioration in air quality and turn the sky a milky white, and its impacts won’t be limited to the coast …

Although plumes of Sahara Desert dust are routinely ejected from Africa’s west coast during June, the ongoing event is extraordinarily rare, scientists said. This event stands out in terms of the dust layer’s thickness, its low altitude and geographic reach, causing a dramatic deterioration in air quality in Puerto Rico, Barbados, Guadeloupe and numerous other locations where records are maintained.

Read more from EarthSky: Saharan-fed sunsets in the U.S. 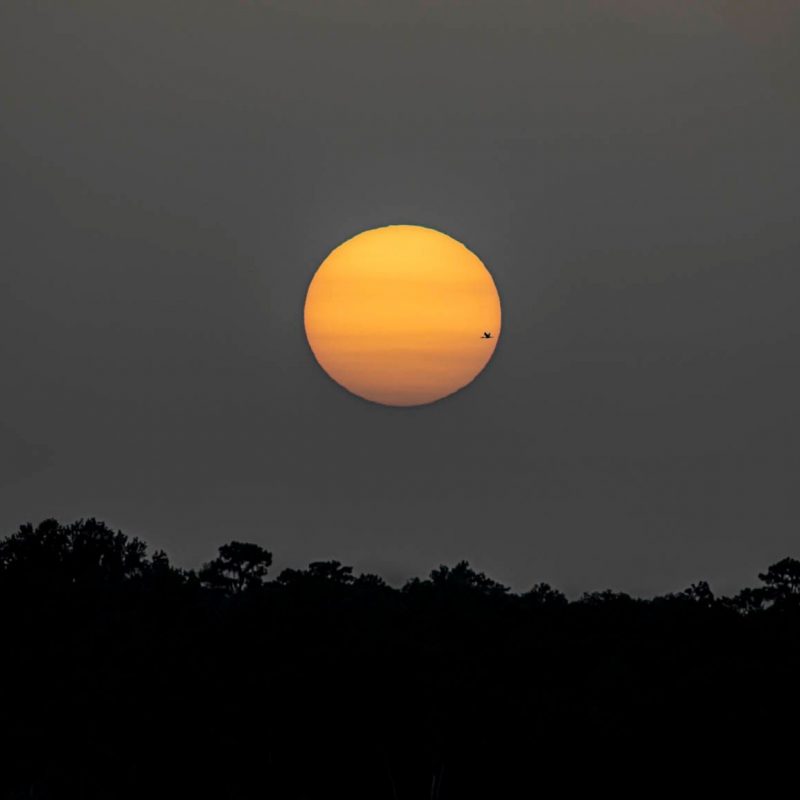 View at EarthSky Community Photos. | John Merriam of St. Augustine, Florida, caught the very dusty sunset above on June 28, 2020. He wrote: “The dust has been so thick that most evenings, if it wasn’t storming, you couldn’t see the sun at all. Worked out pretty well this time, and I had no idea the bird was there until I got home and saw the full size image. Taken on the shores of the St Johns River in NW St Johns County, Florida.” Thank you, John! 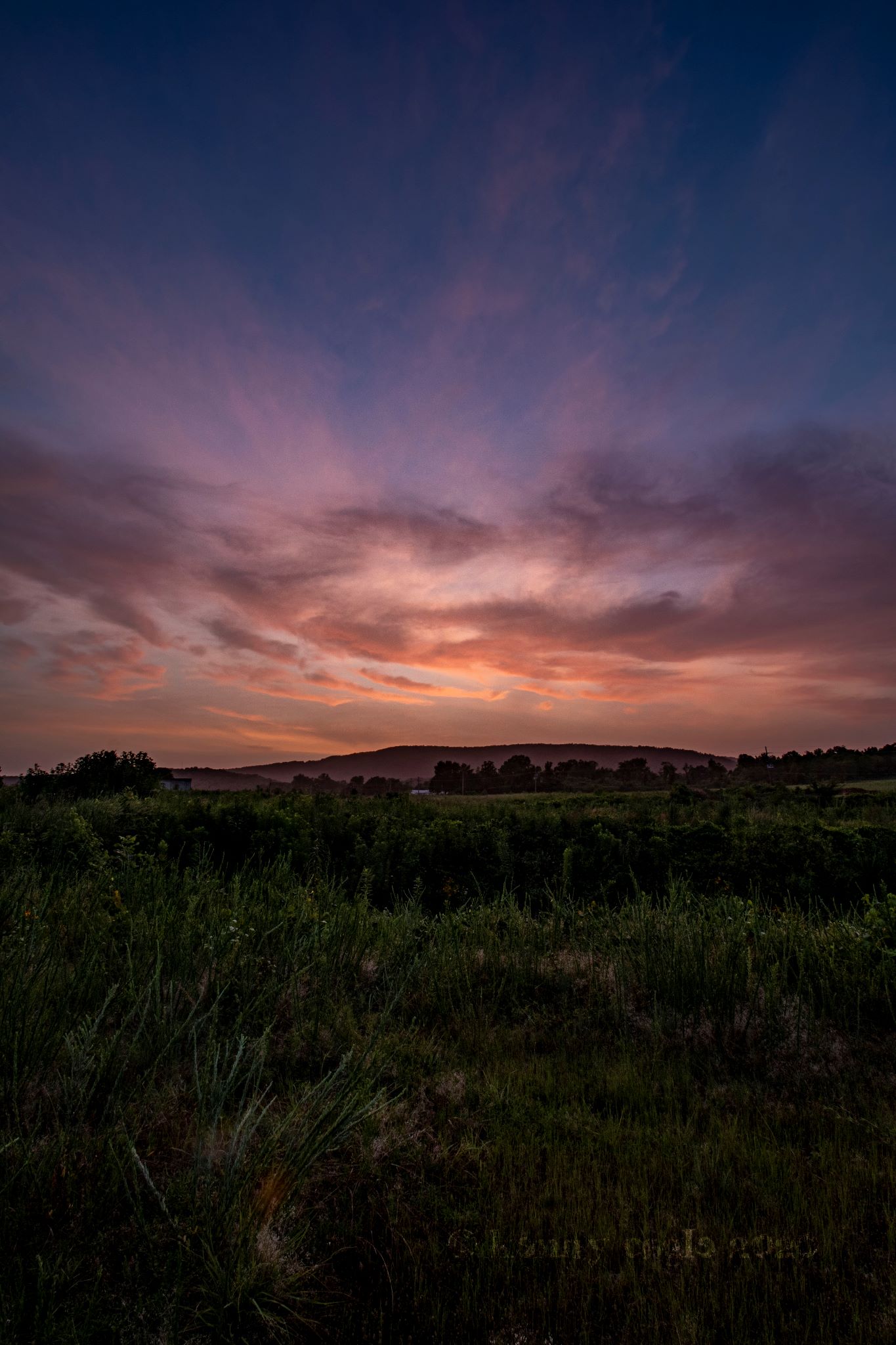 View at EarthSky Community Photos. | Kenny Cagle in Mountain Pine, Arkansas, caught this image on June 27, 2020, and wrote, “The rain finally stopped Saturday so I thought I would head out to a new spot I discovered to see if the Saharan dust cloud would have any effect on the sunset. I think the rain and wind had pushed most of the dust cloud away, but it was still a nice sunset and it was great to get out of the house.” We see some dust looking toward the horizon, Kenny! Thanks for posting your photo. 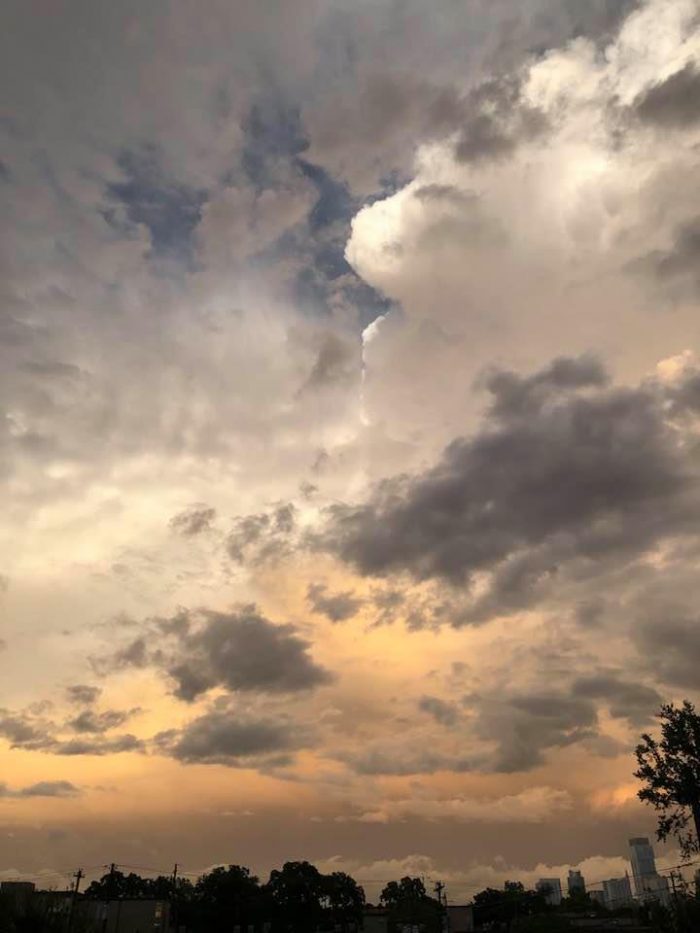 EarthSky’s Deborah Byrd reports that skies have been exceedingly dusty over Austin, Texas, too, despite recent rains. She caught this view of the eastern sky at sunset on June 28, 2020. The view is to the east. You can see the dust especially looking toward the horizon. “That tall building on the far right of the photo is in downtown Austin,” Deborah said. “Normally, I can see it clearly from my back deck, but, in recent days, the view of that building and all of downtown has been constantly shrouded in dust.” Photo by Deborah Byrd.

On June 16, 2020, NOAA’s GOES-East satellite captured this GeoColor imagery of an expansive plume of dust from the Sahara Desert traveling westward across the Atlantic Ocean. NOAA said on June 18 that the dust was expected to reach the Caribbean and parts of the U.S. … and so it has. Read more about this image.

Bottom line: From Florida to Texas, the U.S. South has had very dusty skies in late June 2020. The dust is due to an unusually large dust plume that left northern Africa’s Saharan Desert in mid-June.