Happy Buddha Purnima on May 7

Posted by Deborah Byrd and Swami Krishnananda in Today's Image | May 7, 2020

Buddha Purnima – Buddha’s birthday – is celebrated on a full moon day in the month of Vaisakh (April/May) according to the Hindu calendar. 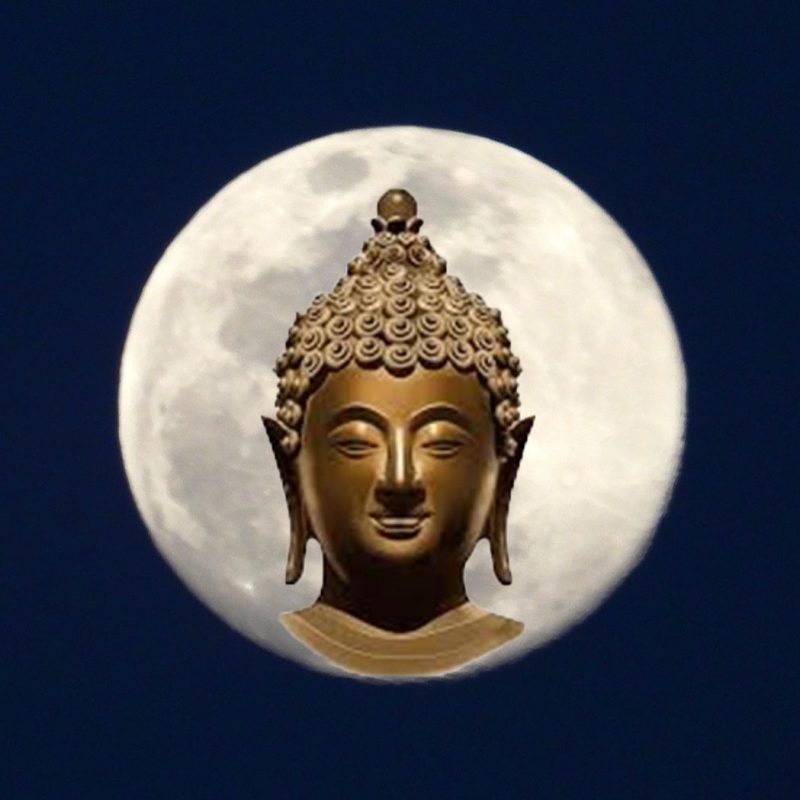 Our friend Swami Krishnananda captured an image of last night’s moon (May 6, 2020) – and created this composite – and wrote:

According to the May 7, 2020 HindustanTimes:

The birth anniversary of Gautam Buddha, the founder of Buddhism, is celebrated as Buddha Purnima or Buddha Jayanti with much fervour across the world. It falls on a full moon day in the month of Vaisakh (April/May) according to the Hindu calendar. This year Buddha Purnima will be celebrated on May 7. In Theravada Buddhism, it is also observed as the day when Buddha, born as Prince Siddhartha Gautama (c. 563-483 BCE) attained Nirvana (salvation) under the Mahabodhi tree at Bodh Gaya, Bihar, as well as his death anniversary. The Vesak full moon day is the most important day in the Buddhist calendar. Several Buddhists go to the pagodas to pour water at the foot of the sacred tree in remembrance of the Buddha’s Enlightenment.

This quote is often attributed to Buddha (although some dispute it). Whether or not he truly said it, or said it in exactly this way, it’s in line with his teachings:

Teach this triple truth to all: A generous heart, kind speech, and a life of service and compassion are the things which renew humanity.

Bottom line: A composite photo and some info about the May 7, 2020, Buddha Purnima.