The International Space Station orbits the Earth every 90 minutes To the eye alone, it looks like a bright, moving star. Various online tools can help you capture its fleeting pass in front of the moon or sun. 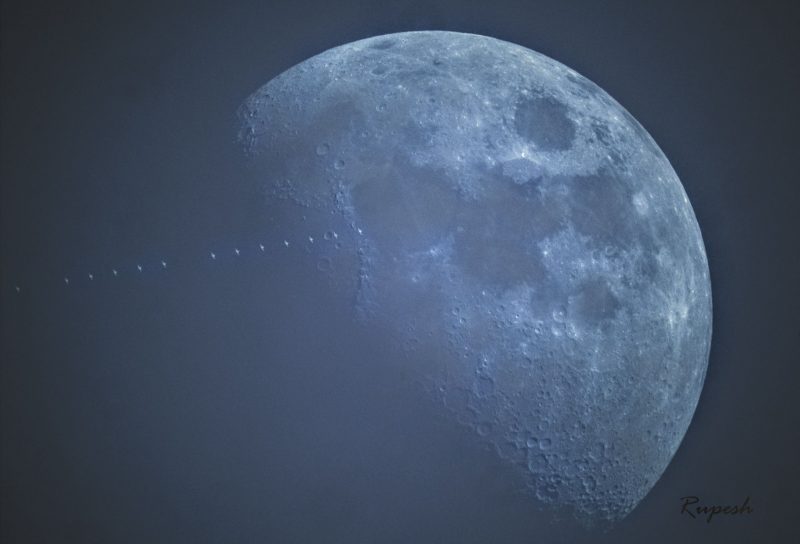 View at EarthSky Community Photos. | Rupesh Sangoi in Mumbai, India captured the waxing gibbous moon on November 23, 2020, with the International Space Station moving in front of it. He wrote, “After waiting for it to happen for a long time, finally captured the transit of ISS in front of moon from my home. Captured in broad daylight at 3:32 p.m.” Thank you, Rupesh! Celestron Nexstar Evolution Edge HD8, .7x Reducer, ZWO ASI 294MC Pro Camera, Captured in SharpCap Pro, Processed in AS3 and PS.

From AstroNewton: Capturing an ISS transit

From AmericaSpace: How to photograph the ISS transiting the sun or moon