A cool New Horizons image of the side of Pluto the spacecraft won’t see as it sweeps past. Likely our last, best look for decades to come! 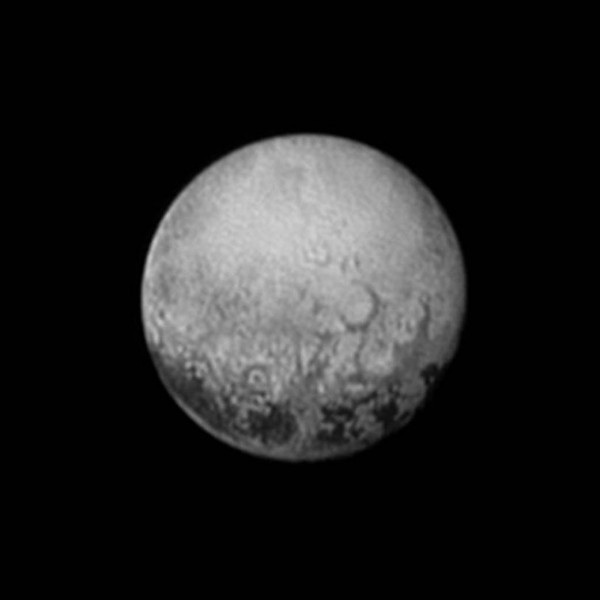 View larger. | The last best look at Pluto’s farside, captured by the New Horizons spacecraft on July 11 from a distance of 2.5 million miles (4 million kilometers). Photo via NASA/JHUAPL/SWRI

The New Horizons spacecraft – now just hours from its encounter with Pluto after a 3-billion-mile, 9-year journey – captured this image of the dwarf planet early in the morning on July 11, 2015. The spacecraft was 2.5 million miles (4 million kilometers) from Pluto. When New Horizons comes closest to Pluto this Tuesday, a single hemisphere of this world – what scientists are calling the encounter hemisphere – will be facing the spacecraft. The image above is the last look New Horizons will get of the other hemisphere – what scientists are calling Pluto’s farside.

This “farside” from New Horizons’ perspective is actually the hemisphere of Pluto that faces its large moon Charon.

Alan Stern of the Southwest Research Institute in Boulder – who is also New Horizons principal investigator – said in a statement:

The [July 11] image is the last, best look that anyone will have of Pluto’s far side for decades to come.

In the image, you can see four mysterious dark spots on Pluto (bottom, toward the right) that have scientists deeply intrigued. The spots are connected to a dark belt that circles Pluto’s equatorial region. What continues to pique the interest of scientists is their similar size and even spacing. New Horizons program scientist Curt Niebur at NASA Headquarters in Washington said:

The large dark areas are now estimated to be 300 miles (480 kilometers) across, an area roughly the size of the state of Missouri. 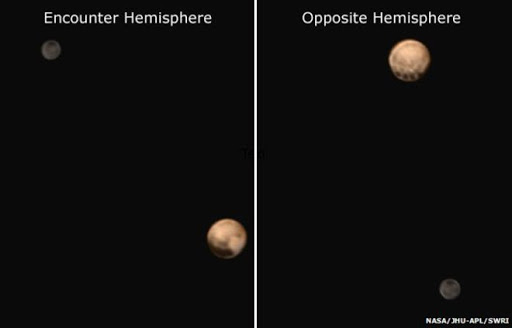 New Horizons will see one hemisphere of Pluto when it is closest on July 14.

Bottom line: The last, best look that anyone will have of Pluto’s far side for decades to come reveals more detail about four mysterious dark spots on Pluto’s surface.