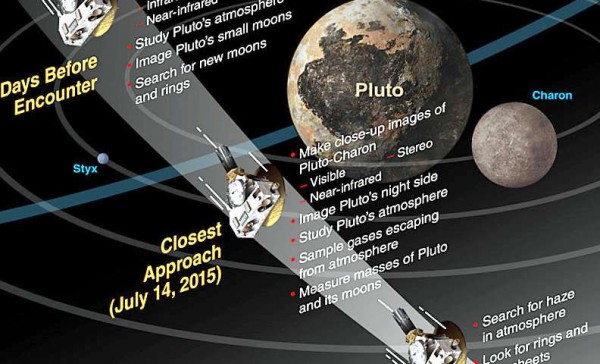 Graphic showing New Horizons’ busy schedule before and during the flyby. Credit: NASA

Countdown to discovery! Not since Voyager 2’s flyby of Neptune in 1989 have we flung a probe into the frozen outskirts of the Solar System. Speeding along at 30,800 miles per hour New Horizons will pierce the Pluto system like a smartly aimed arrow.

Edging within 7,800 miles of its surface at 7:49 a.m. EDT, the spacecraft’s long-range telescopic camera will resolve features as small as 230 feet (70 meters). Fourteen minutes later, it will zip within 17,930 miles of Charon as well as image Pluto’s four smaller satellites—Hydra, Styx, Nix and Kerberos.
After zooming past, the craft will turn to photograph Pluto eclipsing the Sun as it looks for the faint glow of rings or dust sheets illuminated by backlight. At the same time, sunlight reflecting off Charon will faintly illuminate Pluto’s backside. What could be more romantic than Charonshine?

Six other science instruments will build thermal maps of the Pluto-Charon pair, measure the composition of the surface and atmosphere and observe Pluto’s interaction with the solar wind. All of this will happen autopilot. It has to. There’s just no time to send a change instructions because of the nearly 9-hour lag in round-trip communications between Earth and probe.

Like me, you’ve probably wondered how daylight on Pluto compares to that on Earth. From 3 billion miles away, the Sun’s too small to see as a disk with the naked eye but still wildly bright. With NASA’s Pluto Time, select your city on an interactive map and get the time of day when the two are equal. For my city, daylight on Pluto equals the gentle light of early evening twilight six minutes after sunset. An ideal time for walking, but step lightly. In Pluto’s gentle gravity, you only weigh 1/15 as much as on Earth. 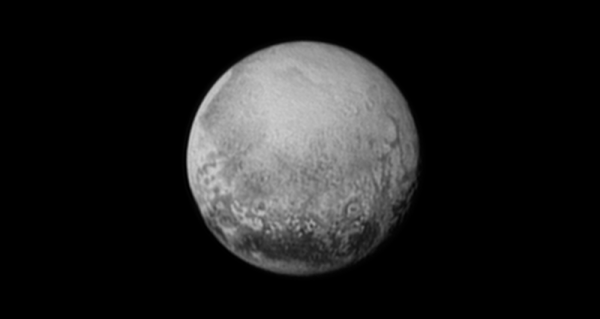 Newest view of Pluto seen from New Horizons on July 11, 2015 shows a world that continues to grow more fascinating and look stranger every day. See annotated version below. Credit: NASA/JHUAPL/SWRI

New Horizons is the first mission to the Kuiper Belt, a gigantic zone of icy bodies and mysterious small objects orbiting beyond Neptune. This region also is known as the “third” zone of our solar system, beyond the inner rocky planets and outer gas giants. Pluto is its most famous member, though not necessarily the largest. Eris, first observed in 2003, is nearly identical in size. It’s estimated there are hundreds of thousands of icy asteroids larger than 61 miles (100 km) across along with a trillion comets in the Belt, which begins at 30 a.u. (30 times Earth’s distance from the Sun) and reaches to 55 a.u.

Keep in mind the probe will be busy shooting photos and gathering data during the flyby, so we’ll have to wait until Wednesday July 15 to see the the detailed close ups of Pluto and its moons. Even then, New Horizons’ recorders will be so jammed with data and images, it’ll take months to beam it all back to Earth.
Fasten your seat belts—we’re in for an exciting ride. 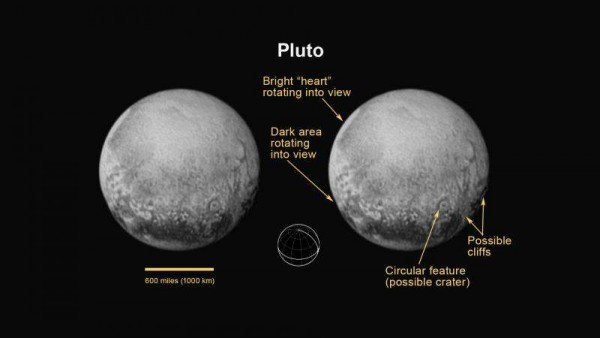 For the first time on Pluto, this view reveals linear features that may be cliffs, as well as a circular feature that could be an impact crater. Rotating into view is the bright heart-shaped feature that will be seen in more detail during New Horizons’ closest approach on July 14. The annotated version includes a diagram indicating Pluto’s north pole, equator, and central meridian. Credit: NASA/JHUAPL/SWRI

View larger. | This image shows New Horizons’ position (3 p.m. EDT July 12) along its planned Pluto flyby trajectory. The green segment of the line shows where New Horizons has traveled; the red indicates the spacecraft’s future path. The Pluto system is tilted on end because the planet’s axis is tipped 123° to the plane of its orbit. Credit: NASA/JHUAPL/SWRI 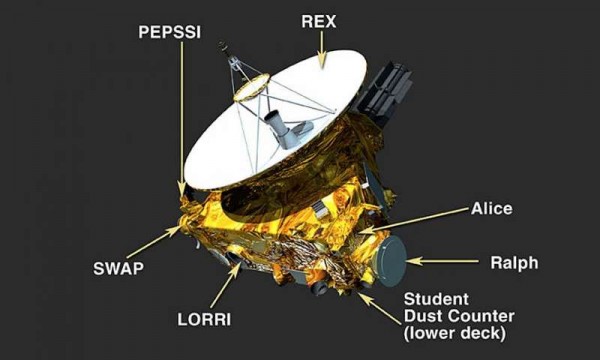 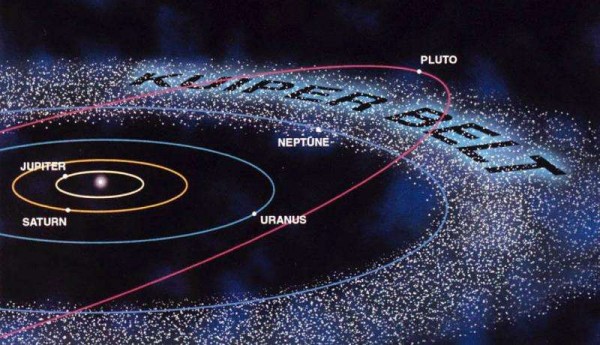 Pluto and its inclined orbit are highlighted among the hundreds of thousands of icy asteroids in the Kuiper Belt beyond Neptune. Credit: NASA 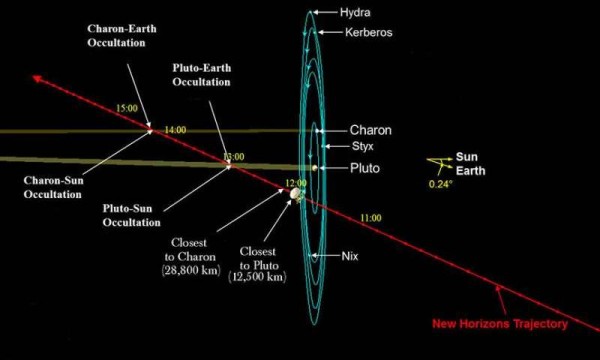 During its fleeting flyby, New Horizons will slice across the Pluto system, turning this way and that to photograph and gather data on everything it can. Crucial occultations are shown that will be used to determine the structure and composition of Pluto’s (and possibly Charon’s) atmosphere. Sunlight reflected from Charon will also faintly illuminate Pluto’s backside. Credit: NASA with additions by the author

This article was originally published at Universe Today. Read the original article. Used with permission.

Bob King - aka AstroBob - is one of the world's best space and astronomy writers. He writes for Universe Today, and his own daily blog on the night sky is a delight to read. To read Bob's latest blog on "What's up in the night sky" please go to astrobob.areavoices.com.