Cassini acquired the false-color image above shortly after astronomers noticed that a huge storm had formed on Saturn, in late December 2010. Saturn is shown in the infrared, viewed through a combination of three filters. The white and blue areas are clouds high in Saturn’s atmosphere. Yellow/green are mid-level clouds. Red/orange are deeper material. The rings are edge-on right in the middle of this image, and you can see the shadow they cast on the planet.

Did you read about this event as it happened? It was amazing. Just this week, planetary scientists at Caltech have offered an explanation for the 2011 Saturn storm. These storms on Saturn are a cyclical phenomenon, coming every 20-30 earthly years. The last one came at around the same time that northern spring on Saturn was beginning, in late 2010.

At the same time, on Earth Saturn was rising in the predawn sky, returning for another season of observation by astronomers. That’s when amateur astronomers first spotted the Saturn storm, in December 2010. Shortly after that, the Cassini spacecraft – which has been orbiting Saturn since 2004 – began capturing amazing images of the storm.

The 2011 Saturn storm ultimately became so powerful that, at one point, it stretched around the entire planet Saturn. That is a tremendous feat, since Saturn is the second-largest planet in our solar system and some 9.4 times larger in diameter than our little Earth. See the images at the bottom of this post to see the storm stretched around Saturn.

The 2011 storm on Saturn shot plumes of gas high into Saturn’s atmosphere for months. Saturn storms of this size have been observed six times since 1876 but never since an orbiting spacecraft, such as the Cassini mission to Saturn, was there to give us earthlings a ringside seat.

Cassini gave us wonderful images of the storm, such as those below. 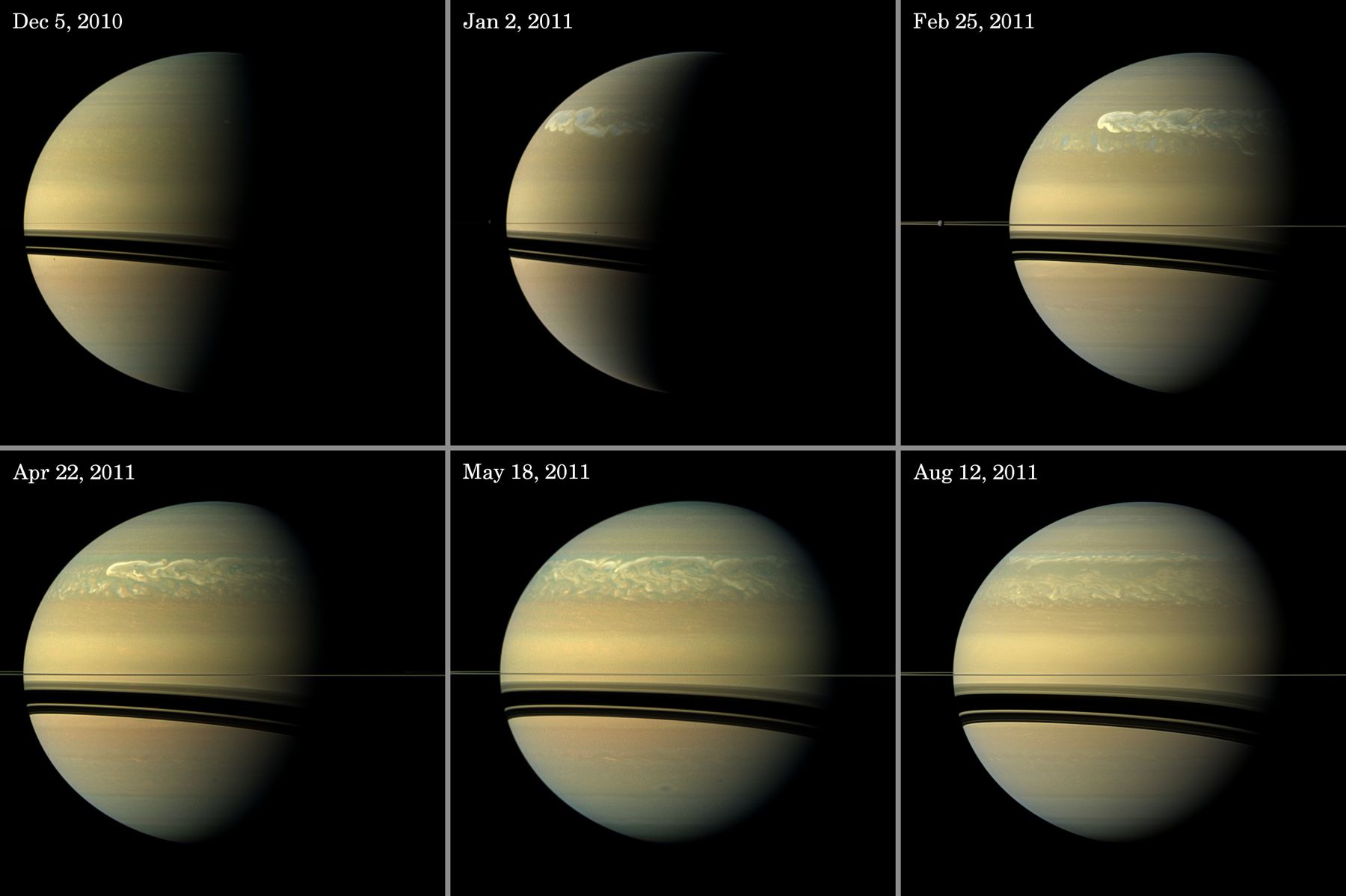 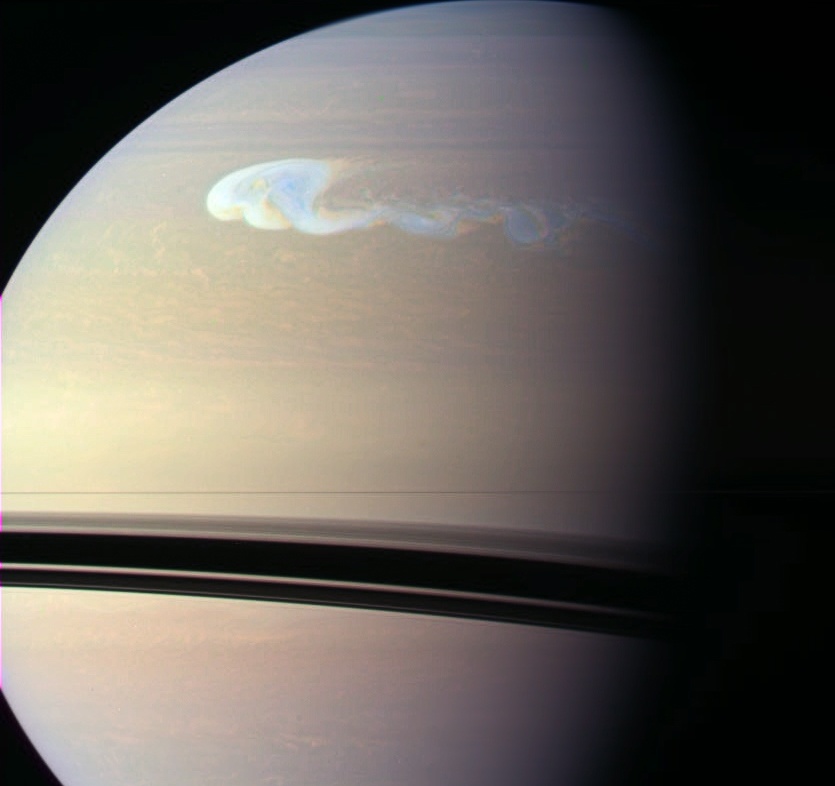 No mention of Saturn’s great 2011 storm would be complete without the image above. The image is in true color. It was the Astronomy Picture of the Day for January 19, 2011. Image Credit: Cassini Imaging Team, SSI, JPL, ESA, NASA; Color Composite: Jean-Luc Dauvergne

The image above is my favorite. It’s part of the montage above, but I pulled it out so you will notice it. Cassini captured this image on February 25, 2011, about 12 weeks after the storm began. By then, the storm had formed a tail that wrapped entirely around Saturn. This image shows the tail of a storm catching up to the storm’s head (the bright area). Some of the clouds moved south and got caught up in a current that flows to the east (to the right) relative to the storm head. This tail, which appears as slightly blue clouds south and west (left) of the storm head, can be seen encountering the storm head in this view.

Bottom line: Amazing images of the great Saturn storm of 2011, made possible by the Cassini spacecraft, which has been orbiting Saturn since 2004.

Thank you! Your submission has been received!
Oops! Something went wrong while submitting the form.
END_OF_DOCUMENT_TOKEN_TO_BE_REPLACED