It was cold in Australia last weekend

The August 9-12 weather event in Australia was one of the longest cold stretches and greatest snowfall totals so far in this century, according to climate and atmospheric scientists. 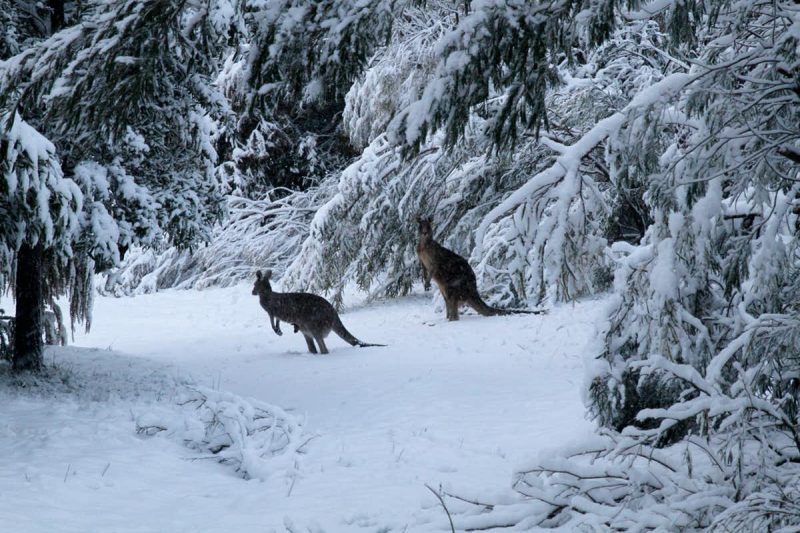 Kangaroos in the snow in Lyonville, in Victoria’s central highlands. Image via Nicholas Dunand/The Conversation.

It’s winter in Earth’s Southern Hemisphere now. But last weekend – about August 9 to 12, 2019, as we in the Northern Hemisphere continued our summer of record high temps and melting sea ice, plus widespread Arctic fires – Australians in Victoria and New South Wales had extra-wintry weather and unusual snowfall. Writing for The Conversation, Australian climate and atmospheric scientists noted that it was one of the longest cold stretches and greatest snowfall totals in Australia in the 2000s. They said that, although snow falls on Australia’s mountains almost every year, it “only rarely” spreads down onto the plains and cities. And they explained:

Last weekend’s event was probably the most significant snowfall since 2000 in parts of Victoria north of the ranges, and in southern inland New South Wales. In central and northern New South Wales, the last snowfall on this scale was in 2015, while in the hills around Melbourne it was on a par with 2008.

It also snowed on an Australian Football League game – called the footy by those down south – for the first time last weekend, as the image below shows.

Read more via The Conservation 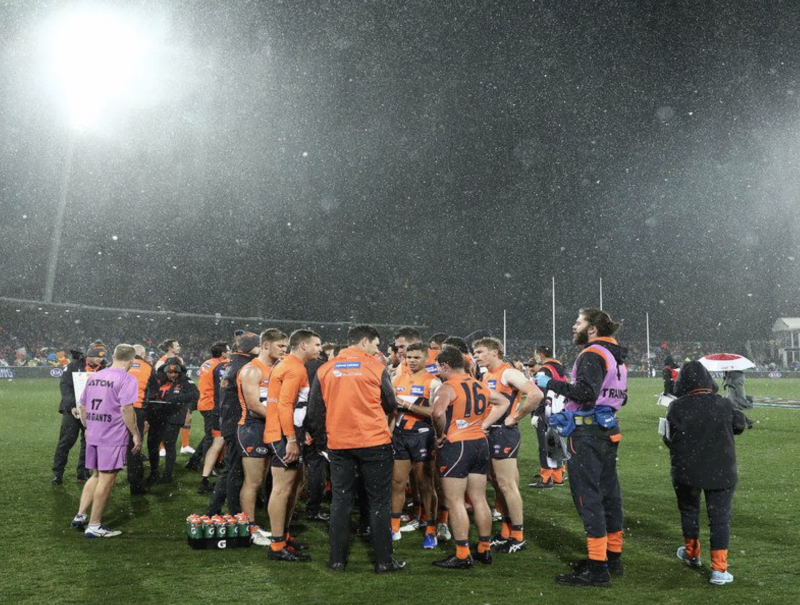 Snow fell on an Australian Football League game for the first time last weekend, as the GWS Giants and Hawthorn Hawks had their round 21 clash in Canberra, Australia’s capital. Image via SportingNews.com.