Right now, there’s huge excitement among those of us who hunt for the aurora borealis, also called the northern lights.

By Ali McLean at the Aurora Zone.

Right now, there’s huge excitement among those of us who hunt for the aurora borealis, also called the northern lights. The lights are historically at their most frequent and spectacular when the sun reaches the peak of its 11-year cycle of activity. This peak is known as Solar Maximum, and NASA is predicting it for the autumn of 2013.

NASA’s prediction is based in part on the number of sunspots originating on our star’s surface and, as the name would suggest, Solar Maximum is when the frequency of sunspots peaks. Here is how the number of spot-less days has totted up over the last few winters:

Back in the winter of 2012/13, we found a terribly useful page on NASA’s website, which provided sunspot frequency data back to the turn of the Millennium. From the data, we created the graph below showing that the next Solar Maximum would occur this winter. 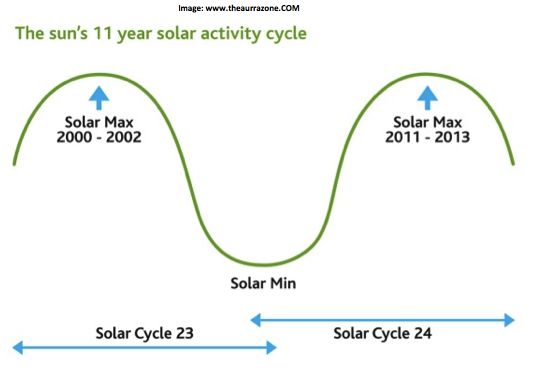 We thought Solar Maximum might occur in winter 2013. Now NASA says the maximum probably won’t come until late in 2013. Image created by the Aurora Zone

Since we extrapolated the data, things have moved on, and NASA has revised its forecast. Initially, they suggested that Solar Maximum would occur in May 2013, but very recently NASA revised that prediction and now expect the maximum to occur in autumn 2013.

In the media, there was huge speculation that this Solar Maximum would be the strongest for 50 years but NASA is now predicting a weak maximum. In fact, it might be be the weakest maximum and smallest sunspot cycle since 1906, according to solar physicists. Nevertheless, the coming Solar Maximium means the northern lights will be at their best in the winters of 2013 and 2014, and we’ve already seen many a stunning sky above the auroral zone since the darker nights kicked in at the end of August 2012. 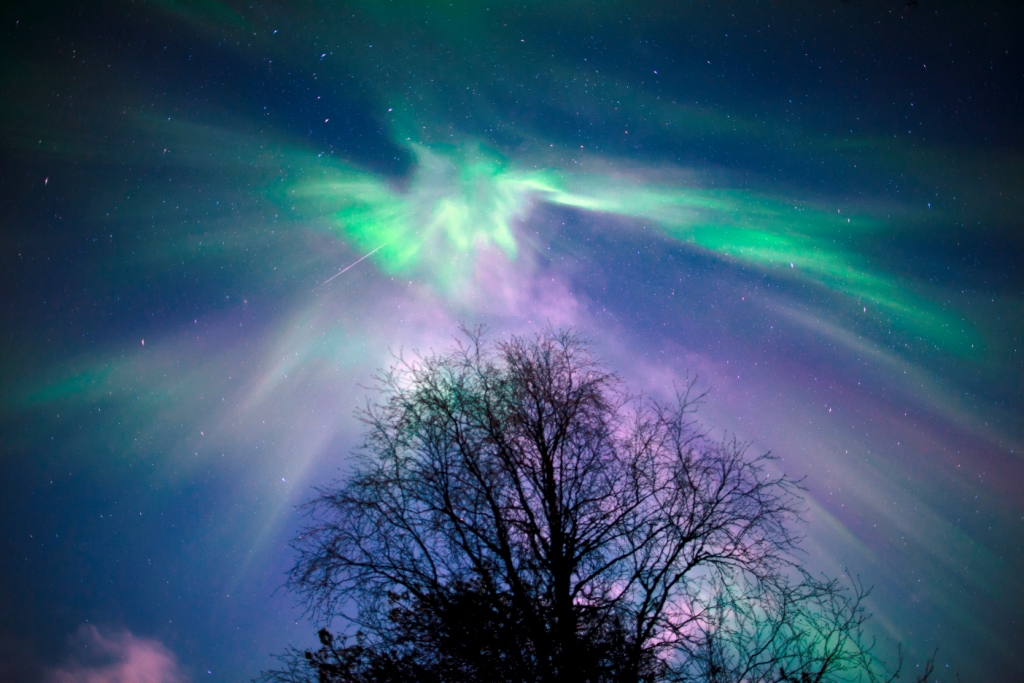 Aurora borealis, or northern lights, as captured by Antti Pietikainen in the autumn of 2011, two years before Solar Maximum.  See more from Antti Pietikainen here. Image via the Aurora Zone.  Used with permission.  View larger.

In fact, this approaching Solar Maximum has got professional aurora-chasing photographers like Antti Pietikainen in Finnish Lapland very, very excited indeed, and with good reason when you look at the image he captured way back in autumn 2011 (two years before Solar Maximum). Antti said:

Last year’s autumn Draconoids meteor shower peaked with full sky auroras. First two centimeters of snow, and I was at my cabin in forest. I set the camera straight up against the aspen on the cabin yard. I had a break from sauna and almost slipped at the porch when I saw the sky on fire. I could stay out only a couple of minutes because I was barefoot on the winter’s first snow.

If it was that good then, what will Solar Maximum bring as this winter and next unfold, we wonder?

The winter of 2011/12 produced some unforgettable auroras because of the increasing sunspot frequency and the power of the solar flares, which cause coronal mass ejections or CMEs and subsequent auroras. Remember all that talk about the northern lights being visible in Yorkshire and Northumberland and possible disruption to our modern day way of life? That was all because the sun’s activity is growing towards Solar Maximum.

The coming winters look to be just as good if not better and while it’s lovely to see a low horizon aurora here in the U.K., there is nothing to compare with standing on a frozen lake in the Arctic and watching the lights swirl their hypnotic dance directly overhead.

We can’t wait, it is just too exciting!!!

Ali McLean is director of the Aurora Zone, which works with local people in Lapland and other far-northern countries to send people on holidays in search of the northern lights. Their approach involves a partnership with local communities that is of “paramount importance,” Ali said. Visit the Aurora Zone’s website here.

Photos from friends: An early season aurora in Lapland