Photos from friends: An early season aurora in Lapland

It’s only when when autumn comes, and the nights begin to lengthen, that aurora season begins in earnest at northerly latitudes.

Here is a stunning photo of an early season aurora, taken September 19, 2012 by Antti Pietikainen in Muonio, Lapland. What is an early season aurora? Auroras, also called northern lights, are seen primarily at high latitudes such as Lapland. The aurora is often there – day and night – when the sun is active, but you cannot see these lights during daylight. And, in the summer months, the northerly latitudes have a lot of daylight. It’s only when when autumn comes, and the nights begin to lengthen, that aurora season begins in earnest. In Lapland, the season starts at the end of August and lasts through the end of March.

Want to spend a holiday searching for the aurora? Visit the Aurora Zone here. 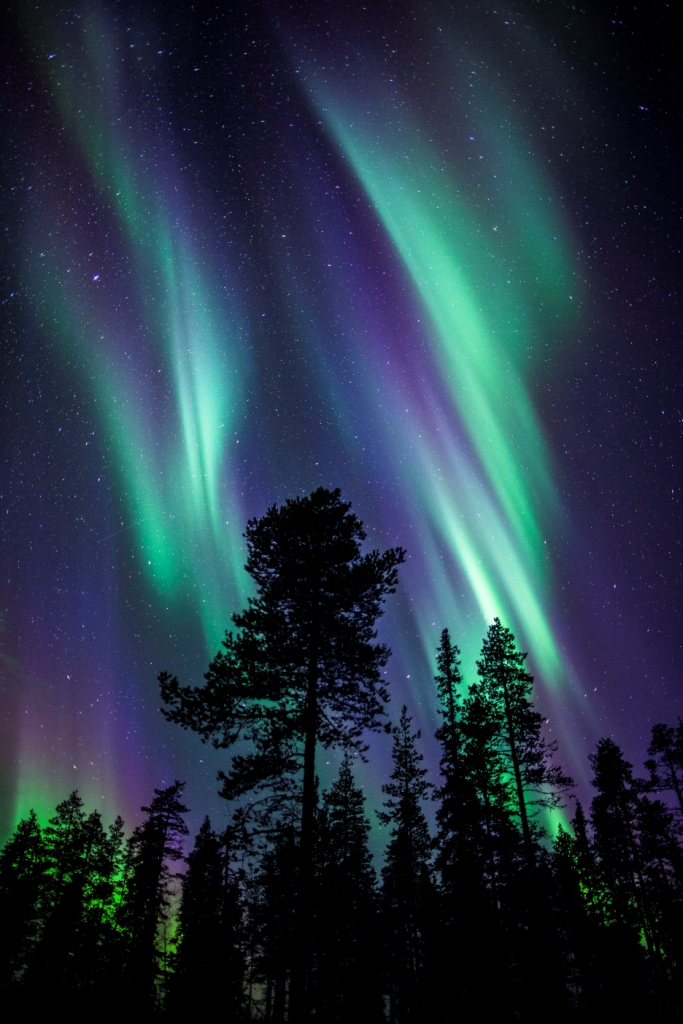 Ali McLean at the Aurora Zone explained the colors in the photo, saying:

Different gases predominate at certain altitudes within the Earth’s atmosphere and the type of gas determines the color of the Aurora.

Myriad shades of green and, to a lesser extent, yellow are the most common colors because the majority of incoming particles collide with oxygen at an altitude of around 100 kilometers [60 miles].

Multi-hued reds, purples, pinks, blues and violets appear less frequently as they are created by the particles colliding with lower lying nitrogen molecules, below 100 kilometers.

Possibly the most spectacular northern lights occur when the particles collide with high-altitude oxygen (200 kilometers), creating a blue or vivid red aurora.

The Aurora Zone, by the way, works with local people in Lapland to send people on holidays in search of the northern lights. Their approach involves a partnership with local communities that is of “paramount importance,” Ali said.

There’s precious little work in Lapland so we are basically striving to support their local economy. Antti Pietikainen, who took this picture, is a Laplander born and bred who wants to stay in his birthplace. Fortunately, his photography allows him to do so but many of his contemporaries have had to head south to find work in the big cities. That’s the way with rural life, but especially in the remotest spots like Lapland.

Bottom line: Beautiful photo of early season aurora – taken just as nights began to lengthen in autumn 2012 – by Antti Pietikainen in Muonio, Lapland, and passed to EarthSky via the Aurora Zone. This photo is from September 19, 2012.