The eclipse that marked the start of the Iroquois Confederacy

The total solar eclipse of August 22, 1142, may have coincided with the birth of the Iroquois Confederacy, oldest democracy in North America and possibly on Earth. 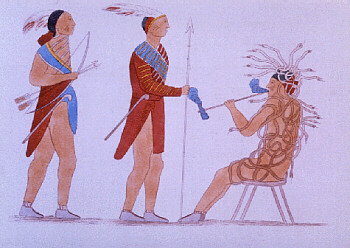 Original Iroquois League was known as the Five Nations.

My wife Alice regularly brings home the Indian Time news journal, a publication from the Akwesasne Mohawk Nation Territory in northern New York. It was with great interest that I came across an article titled Dating the Iroquois Confederacy by Bruce E. Johansen.

What really attracted my attention was that a total, or near total, solar eclipse marked the beginning of the Haudenosaunee (Iroquois) Confederacy, the oldest living democracy in North America and possibly on Earth. American democracy is said to have been modeled upon the democratic ideals of the Iroquois Confederacy, which originally consisted of five nations (Mohawk, Oneida, Onondaga, Cayuga and Seneca). The sixth nation – the Tuscarora – joined the Iroquois Confederacy in the early eighteenth century (1701-1800). 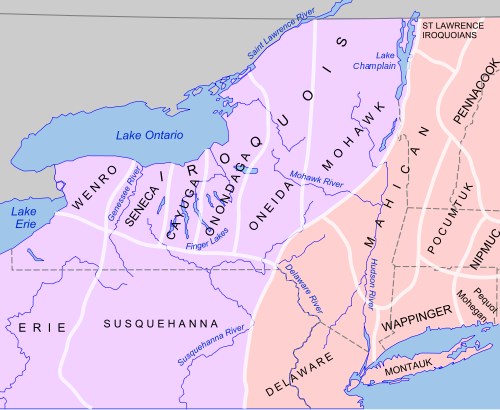 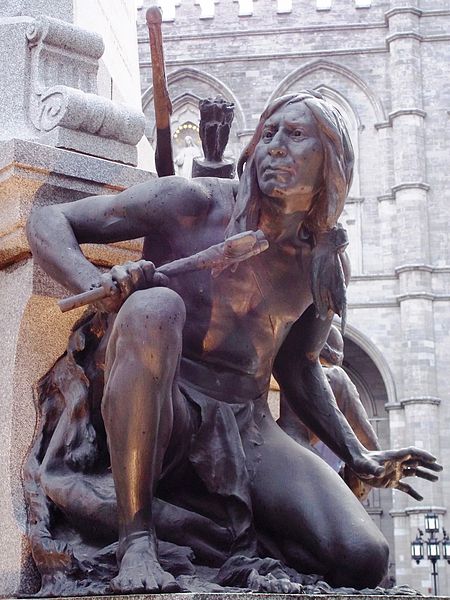 Iroquois, one of the historical figures of the Maisonneuve Monument, by Louis-Philippe Hébert, 1895, Place d’Armes, Montreal. Photo via Wikimedia Commons.

Bruce E. Johansen refers to the research done by Barbara A. Mann and Jerry L. Fields, which uses eclipse data as well as oral history to challenge the common notion that the Iroquois Confederacy or Iroquois League started in the fifteenth (1401-1500) or sixteenth (1501-1600) century. They state:

We know this much: During a ratification council held at Ganondagan (near modern-day Victor, New York) the sky darkened in a total, or near total, eclipse. The time of day was afternoon, as Councils are held between noon and sunset. The time of year was either Second Hoeing (early July) or Green Corn (late August to early September). Thus, we must look for an eclipse path that would totally cover Ganondagan between July and September, in mid-afternoon.

Mann and Fields settled upon the total solar eclipse of August 22, 1142, as satisfying the stated criteria. Bruce E. Johansen even pinpoints where the ratification of the Iroquois League took place:

The ratification council convened at a site that is now a football field in Victor, New York. The site is called Gonandaga by the Seneca.

I looked up the August 1142 total solar eclipse at the NASA Eclipse Web Site. You can see this map for yourself by clicking here. 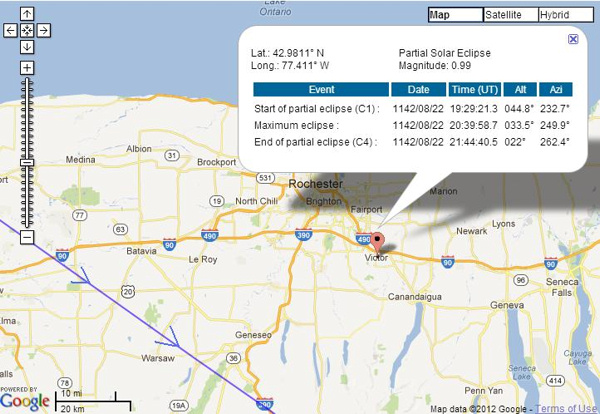 For the fun of it, I zoomed into the August 1142 eclipse map until I found Victor, New York. Looking along the zoomed-in eclipse path above, you can see Victor a short way to the north of the northern limit of the total solar eclipse path (in blue). Nonetheless, it would have been very close to a total solar eclipse at greatest eclipse. Rounding off to the nearest minute, the partial eclipse started at 19:29 Universal Time (2:29 p.m. Eastern Standard Time), maximum eclipse arrived at 20:40 UT (3:40 p.m. EST) and the partial eclipse ended at 21:45 UT (4:45 p.m. EST). 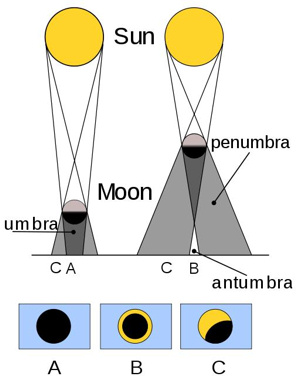 Contrasting a total solar eclipse (A) with an annular eclipse (B) Image via Wikimedia Commons.

Could it have been an annular solar eclipse that convinced the Seneca to join the Haudenosaunee (Iroquois) Confederacy at Gonandaga (Victor, New York)? If so, the formation of Haudenosaunee (Five Nations) might go all the way back to the annular eclipse of August 18, 909. The middle of the eclipse path (in red) on the below chart almost exactly crosses Victor, New York! 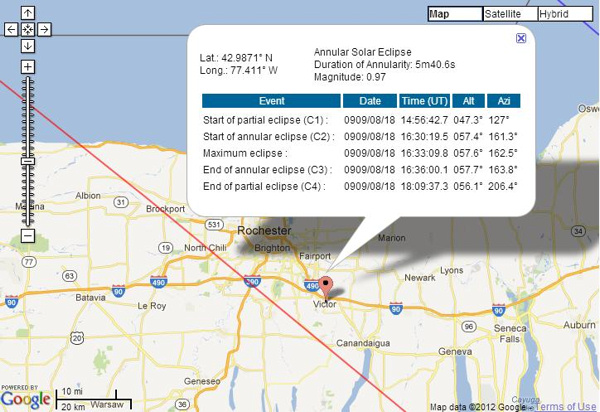 Eclipses are a great way to document history. But the real item of importance, as far as I’m concerned, is the acceptance of the Peacemaker and the democratic ideals of the Iroquois Confederacy.