Wall-E and Eva are going to Mars, too

Riding along with the InSight Mars mission, the 2 briefcase-sized CubeSats are designed to demonstrate nearly real-time communications between worlds.

NASA engineers at the Jet Propulsion Laboratory (JPL) in Pasadena, California, will be among the most avid watchers of the launch of the Insight Mars mission on Saturday, May 5. That’s because InSight’s rocket will also carry the world’s first pair of deep-space CubeSats. As the video above explains, the CubeSats – whose mission is called Mars Cube One, or MarCO – are briefcase-sized mini-satellites. If all goes well, the NASA engineers who developed them hope they’ll provide a demonstration of a new miniaturized deep-space communications technology that should be much faster than existing technologies. The engineers said this new technology could:

The MarCos even have nicknames. NASA engineers call them Wall-E and Eva, for Pixar characters. The MarCOs won’t produce any science of their own. They’re not needed to make InSight a success; the lander will rely on NASA’s Mars orbiters to send back its data.

But the CubeSats – first developed to teach university students about satellites – are exciting stuff. Andy Klesh, MarCO’s chief engineer at JPL, explained MarCO’s purpose on the InSight mission this way:

These are our scouts. CubeSats haven’t had to survive the intense radiation of a trip to deep space before, or use propulsion to point their way towards Mars. We hope to blaze that trail. 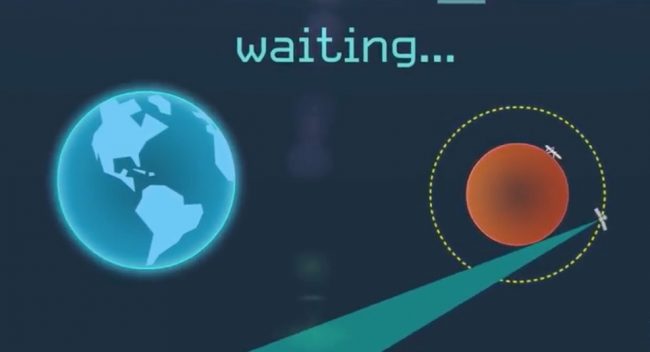 Currently, deep-space communications between Earth and another planet requires the spacecraft, and the planets, to be positioned just so. During InSight’s entry, descent and landing on Mars, the lander will transmit information in the UHF radio band to the Mars Reconnaissance Orbiter flying overhead. The orbiter will forward information to Earth using a radio frequency in the X band, but it cannot simultaneously receive information over one band while transmitting on another. That’s why, for example, confirmation of a successful landing by InSight could be received by the orbiter more than an hour before it’s relayed to Earth.

The MarCO’s softball-sized radio provides both UHF (receive only) and X-band (receive and transmit) functions capable of immediately relaying information received over UHF. This technology will allow information to pass between Mars and Earth much faster, NASA said.

NASA said the MarCOs are intended to journey with InSight on its cruise through space; if they survive the trip, each is equipped with a folding high-gain antenna to relay data about InSight as it enters the Martian atmosphere and lands. NASA explained:

Survival is far from guaranteed. As the saying goes: space is hard. The first challenge will be switching on. The MarCO batteries were last checked in March by Tyvak Nano-Satellite Systems of Irvine, California, which inserted each CubeSat into a special dispenser that will propel it into space. Those batteries will be used to deploy each CubeSat’s solar arrays, with the hope that enough power will be left over to turn on their radios. If power is too low, the MarCO team may hear silence until each spacecraft is more fully charged.

If both MarCOs make the journey, they’ll test a method of communications relay that could act as a “black box” for future Mars landings, helping engineers understand the difficult process of getting spacecraft to safely touch down on the red planet.

That’s important because, as you know if you follow space history, Mars landings are notoriously difficult. 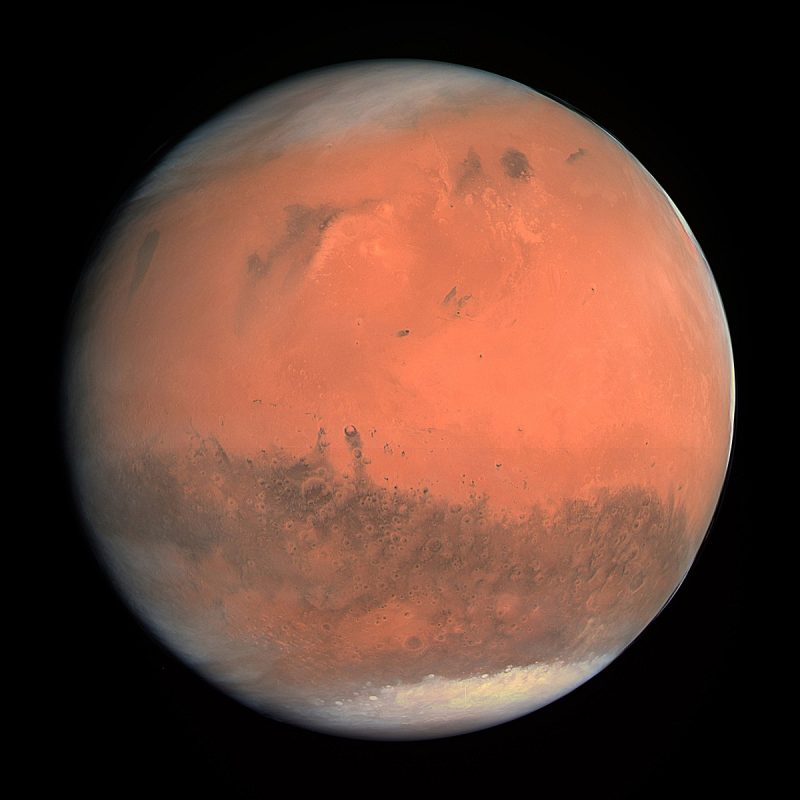 NASA appears to be all in for the CubeSat idea. It explained:

NASA scientists are eager to explore the solar system using CubeSats. JPL even has its own CubeSat clean room, where several flight projects have been built, including the MarCOs. For young engineers, the thrill is building something that could potentially reach Mars in just a matter of years rather than a decade. 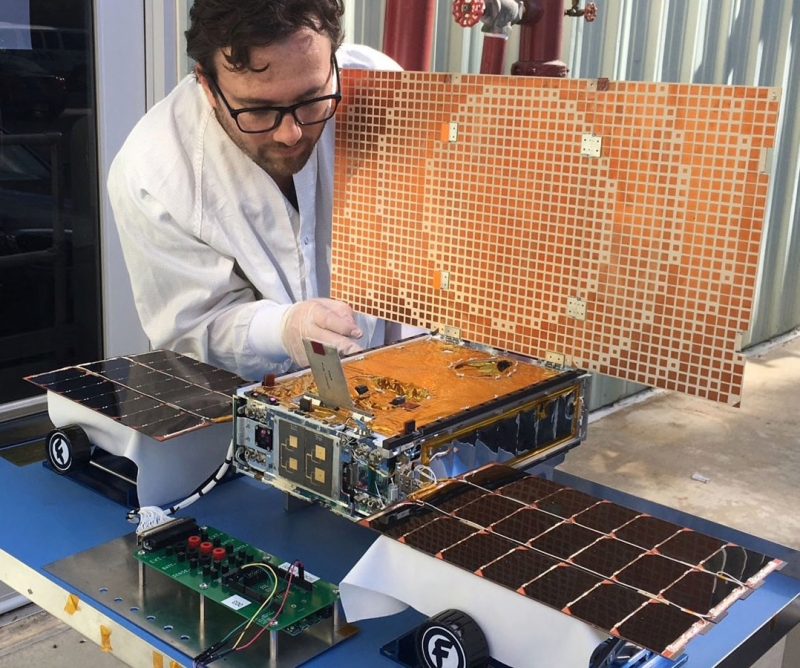 Meet a Cube One (MarCO). NASA engineer Joel Steinkraus was using sunlight to test its solar arrays at the Jet Propulsion Laboratory. The twin MarCOs will go up with the Mars InSight mission. Launch window opens early May 2018. Image via NASA/JPL-Caltech.

We’re a small team, so everyone gets experience working on multiple parts of the spacecraft. You learn everything about building, testing and flying along the way. We’re inventing every day at this point. 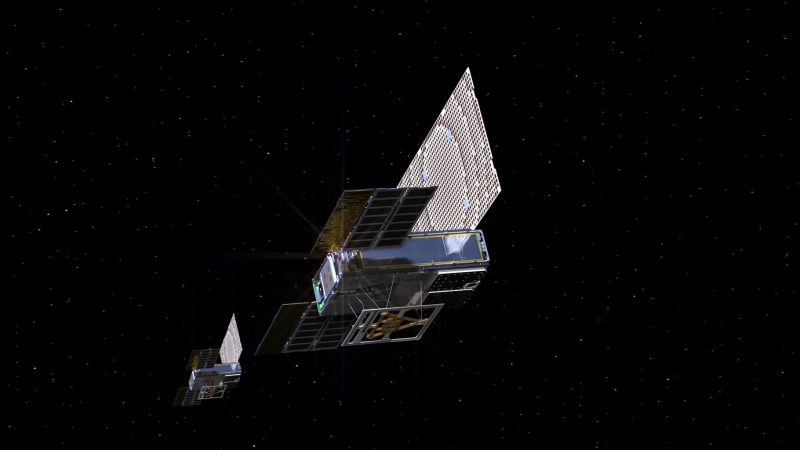 Artist’s concept of one of the twin Mars Cube One (MarCO) spacecraft in deep space. The 2 MarCOs will be the first CubeSats attempting to fly to another planet. If they survive the journey, they’ll test a relay of data about InSight’s entry, descent and landing back to Earth. Though InSight’s mission will not depend on the success of the MarCOs, they will be a test of how CubeSats can be used in deep space. Image via NASA/JPL-Caltech.

Bottom line: The 2 briefcase-sized CubeSats – collectively known as MarCO, and nicknamed Wall-E and Eva – are designed to demonstrate much-faster communications between Earth and Mars. If they survive the trip, and work as expected, the communications could happen in nearly real-time (allowing some minutes for light travel time).