Landing on Mars is still hard

There’s a reason space engineers describe landing on Mars as “7 minutes of terror.” 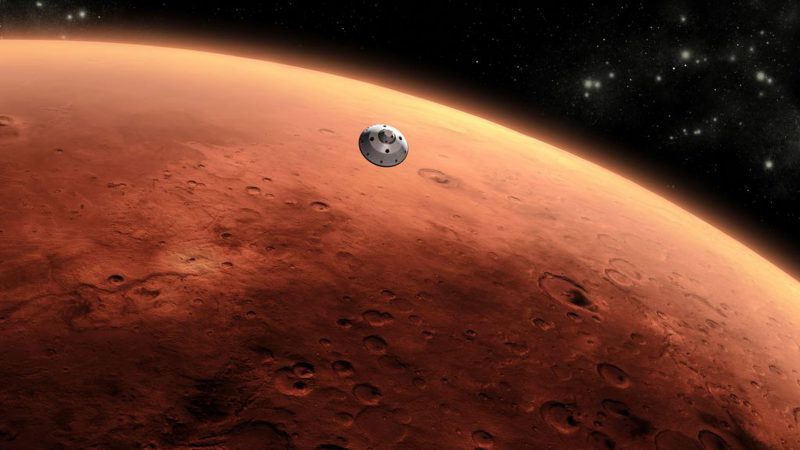 Artist’s concept of NASA’s Curiosity rover approaching Mars prior to landing successfully in 2012. Image via NASA/JPL-Caltech.

Engineers and scientists at NASA’s Jet Propulsion Laboratory in Pasadena, California, are working hard this weekend, preparing for another daring attempt to land a spacecraft on the surface of the planet Mars. The InSight spacecraft – designed to study Mars’ interior – is scheduled to land on Monday, November 26, 2018 (details on how to watch here). It’ll be NASA’s 10th Mars landing attempt, and NASA has been mostly successful. But, because of its thin atmosphere, Mars overall has a much lower success rate for spacecraft landings than the Earth, the moon or Venus. And – along with other nations of the world – NASA has had its failures. And that’s why Thomas Zurbuchen, associate administrator for the Science Mission Directorate at NASA Headquarters in Washington, said late last week in a statement:

Landing on Mars is hard. It takes skill, focus and years of preparation …

No doubt about it, Monday’s Mars landing attempt will be a nail-biter. Consider the speed at which the craft has to hit Mars’ atmosphere, and then, in a very short time, slow down enough to land. When NASA’s InSight spacecraft hits the top of the Martian atmosphere on Monday, it’ll be traveling at 12,300 mph (19,800 km/h). During its descent through Mars’ atmosphere, it needs to slow down to 5 mph (8 km/h) – about human jogging speed – before its three legs touch down on Martian soil.

That extreme deceleration has to happen in just under seven minutes, a timeframe known to NASA engineers as:

In that seven minutes, the InSight lander has to deploy its parachute and landing legs, spot the surface with radar instruments, and fire 12 engines to help it slow down. All of these actions are preprogrammed because, due to the finite speed of light, NASA engineers can’t make changes to the procedure if something goes wrong. They can’t even track the descent in real time.

In fact, traveling at the speed of light (186,000 miles per second or about 300,000 km per second), signals from the InSight craft will need about eight minutes to reach Earth. That means that, by the time NASA engineers – and the rest of us – learn that InSight has reached the top of Mars’ atmosphere, the lander will have already touched down safely or crashed.

Why is landing on Mars so hard? The video below, from MinutePhysics, does a good job explaining it.

InSight stands for Interior Exploration using Seismic Investigations, Geodesy and Heat Transport. It’s the first mission designed to study the deep interior of Mars. InSight blasted off from Vandenberg Air Force Base in Central California on May 5, 2018, and, so far, engineers have described InSight’s flight to Mars as “uneventful.” But, said Rob Grover, about InSight’s entry, descent and landing:

There’s a reason engineers call landing on Mars ‘seven minutes of terror.’ We can’t joystick the landing, so we have to rely on the commands we pre-program into the spacecraft. We’ve spent years testing our plans, learning from other Mars landings and studying all the conditions Mars can throw at us. And we’re going to stay vigilant till InSight settles into its home in the Elysium Planitia region.

Want more details on the landing? The video below is for you:

Landing on Mars is exciting, but scientists are looking forward to the time after InSight lands. Once InSight is settled on the red planet and its instruments are deployed, it will start collecting valuable information about the structure of Mars’ deep interior – information that will help us understand the formation and evolution of all rocky planets, including the one we call home.

Read EarthSky’s 2016 article on this subject: Landing on Mars is hard

Here’s where InSight will touch down on Monday 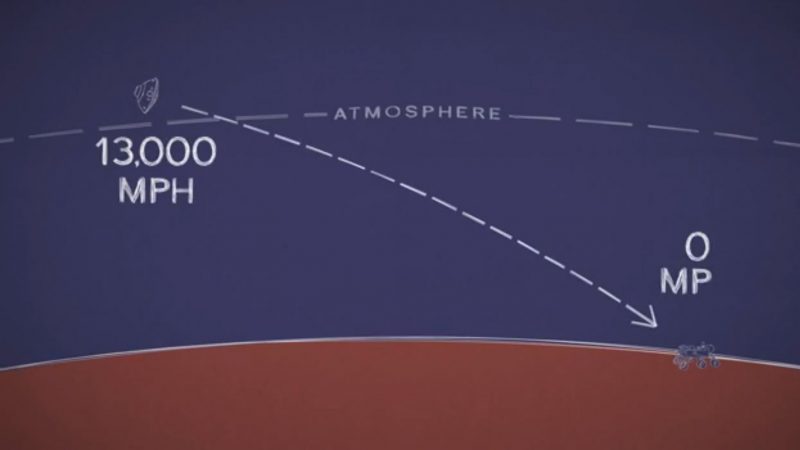