How will NASA know when InSight touches down?

Signals from Mars will take 8 minutes to travel to Earth on Monday. By the time we hear that InSight has reached the top of Mars’ atmosphere, the lander will have already touched down safely … or crashed. 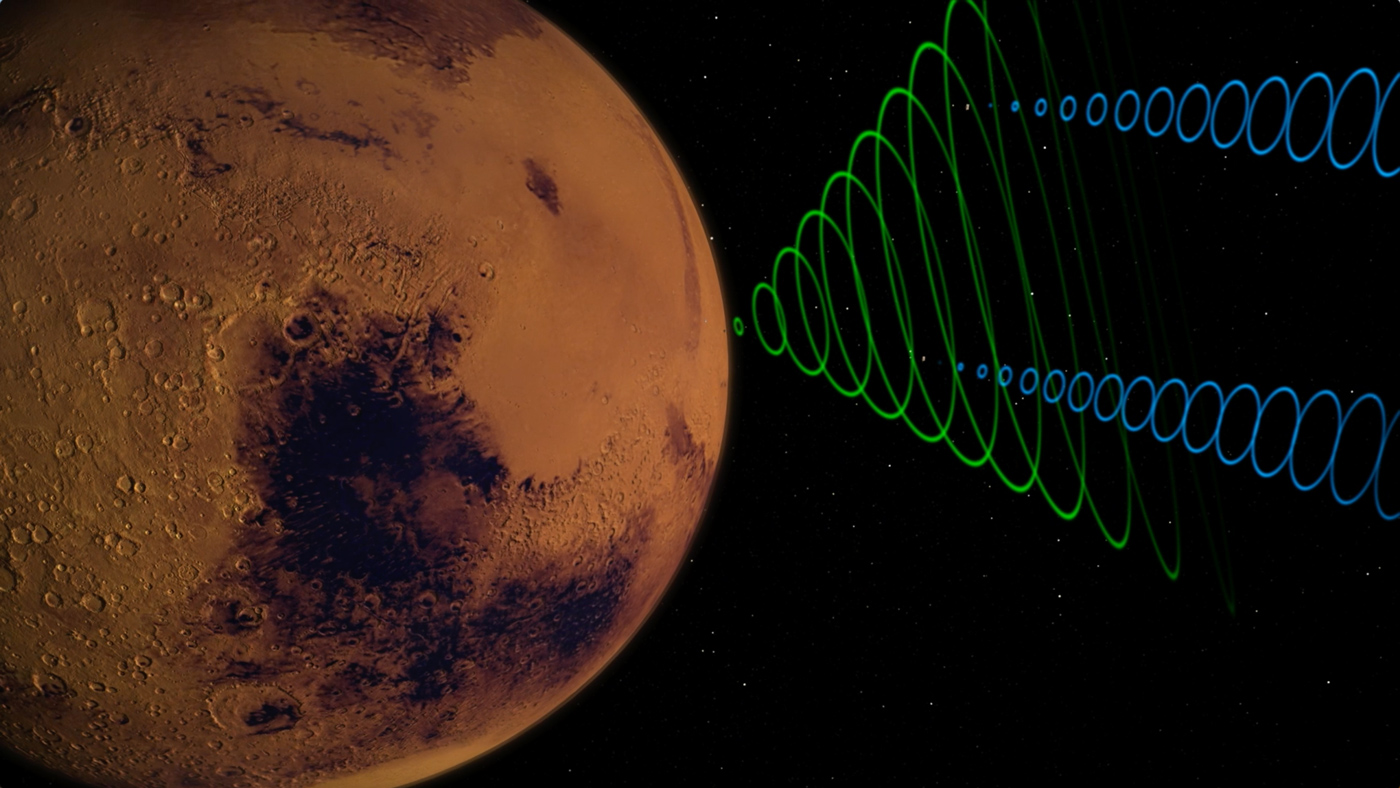 Artist’s concept of MarCO CubeSats – briefcase-sized spacecraft traveling with the InSight mission – relaying data from the InSight lander as it enters the Martian atmosphere. Image via NASA/JPL-Caltech.

What’s the sound of a touchdown on Mars?

If you’re at NASA’s Jet Propulsion Laboratory, it sounds like winning the Super Bowl: cheers, laughter and lots of hollering.

But in the minutes before that, NASA’s InSight team will be monitoring the Mars lander’s radio signals using a variety of spacecraft – and even radio telescopes here on Earth – to suss out what’s happening 91 million miles (146 million km) away.

Because these signals are captured by several spacecraft, they’re relayed to Earth in different ways and at different times. That means the mission team may know right away when InSight touches down, or they may have to wait up to several hours.

Here’s how NASA will be listening for the Mars landing on November 26, 2018.

As the InSight lander descends into Mars’ atmosphere, it will broadcast simple radio signals called “tones” back to Earth. Engineers will be tuning in from two locations: the National Science Foundation’s Green Bank Observatory in Green Bank, West Virginia, and the Max Planck Institute for Radio Astronomy’s facility at Effelsberg, Germany. Their results will be relayed to Mission Control at JPL and to engineers at Lockheed Martin Space in Denver.

These tones don’t reveal much information, but radio engineers can interpret them to track key events during InSight’s entry, descent and landing (EDL). For example, when InSight deploys its parachute, a shift in velocity changes the frequency of the signal. This is caused by what’s called the Doppler effect, which is the same thing that occurs when you hear a siren change in pitch as an ambulance goes by. Looking for signals like these will allow the team to know how InSight’s EDL is progressing.

Two briefcase-sized spacecraft are flying behind InSight and will attempt to relay its signals to Earth. Belonging to a class of spacecraft called CubeSats, the MarCOs are being tested as a way for future missions to send home data during EDL.

The MarCOs are experimental technology. But if they work as they should, the pair will transmit the whole story of EDL as it’s unfolding. That might include an image from InSight of the Martian surface right after the lander touches down.

After it touches down, InSight will essentially yell:

Seven minutes later, the spacecraft says it again – but a little louder and clearer.

The first time, it will communicate with a tone beacon that the radio telescopes will try to detect. The second time, it will send a “beep” from its more powerful X-band antenna, which should now be pointed at Earth. This beep includes slightly more information and is only heard if the spacecraft is in a healthy, functioning state. If NASA’s Deep Space Network picks up this beep, it’s a good sign that InSight survived landing. Engineers will need to wait until early evening to find out if the lander successfully deployed its solar arrays.

Besides the MarCO CubeSats, NASA’s MRO will be soaring over Mars, recording InSight’s data during descent.

MRO will hold on to the data it records during EDL as it disappears over the Martian horizon. When it comes back around from the other side, it will play back that data for engineers to study. By 23:00 UTC on November 26 (6 p.m. EST), they should be able to piece together MRO’s recording of the landing.

MRO’s recording is similar to an airplane’s black box, which means that it could also prove important if InSight doesn’t successfully touch down.

NASA’s longest-lived spacecraft at Mars will also relay data after InSight has touched down. Odyssey will relay the entire history of InSight’s descent to Mars, as well as a couple of images. It will also relay confirmation that InSight’s solar arrays, which are vital to the spacecraft’s survival, deployed fully. Engineers will have this data just before 01:30 UTC on November 27 (8:30 p.m. EST on November 26).

Odyssey will also serve as a data relay for InSight during surface operations, along with MRO, NASA’s Mars Atmosphere and Volatile Evolution mission (MAVEN) and the European Space Agency’s Trace Gas Orbiter.

Artist’s concept of the Mars Insight spacecraft landing on Mars, via NASA.

Bottom line: Here’s how NASA will know the fate of its InSight lander, as it attempts to land on Mars on Monday, November 26, 2018.