A new research study suggests that K-type dwarf stars (smaller and cooler than our sun) are the best place to search for alien life. These stars are not too hot, not too cool, and not too violent for life to evolve.

Astronomers use the term Goldilocks zone to describe a star’s habitable zone, where temperatures can allow liquid water to exist on a rocky planet. This zone around a star is generally thought to be the best place to search for life beyond our solar system. Now, scientists are also speaking of Goldilocks stars that are not too hot, too cool, or too violent for life to evolve on any suitable planets. This emerging scenario is based on three decades of observations of exoplanets and their stars.

The newest results regarding this research were presented earlier this month at the 235th meeting of the American Astronomical Society in Honolulu, Hawaii. The meeting ran from January 4-8, 2020.

The new program, called the GoldiloKs Project, is being led by Edward Guinan and Scott Engle of Villanova University in Pennsylvania. The project involves undergraduate students measuring the age, rotation rate, and X-ray and far-ultraviolet radiation in a sampling of mostly cool G dwarf (sunlike yellow dwarfs) and K dwarf (orange dwarf) stars. Data was obtained from various telescopes and satellites, including Hubble Space Telescope, Chandra X-ray Observatory, and XMM-Newton. Hubble in particular is valuable for this research, these astronomers said; Hubble is sensitive to radiation from hydrogen, and it has measured hydrogen radiation from 20 different K-type dwarf stars. 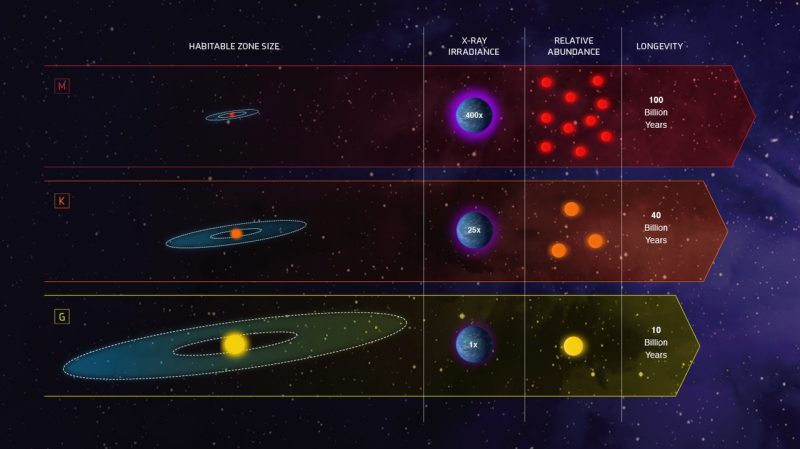 Comparison of M, K and G stars in terms of habitable zone, X-ray irradiance, relative abundance, and longevity. New research supports the idea that K stars are the most friendly for habitable planets. Image via NASA/ ESA/ Z. Levy/ Hubblesite.

The research suggests that these types of stars are the most likely to have habitable planets. They are slightly smaller and cooler than our sun, which is a G dwarf star. It’s easy to think, of course, that sunlike stars would be the most ideal, but that might not be the case, after all. As Guinan explained in a statement:

K dwarf stars are in the ‘sweet spot,’ with properties intermediate between the rarer, more luminous, but shorter-lived solar-type stars (G stars) and the more numerous red dwarf stars (M stars). The K stars, especially the warmer ones, have the best of all worlds. If you are looking for planets with habitability, the abundance of K stars pumps up your chances of finding life.

This is encouraging news for those hoping to find extraterrestrial life, since there are about three times as many K dwarf stars in our galaxy as there are sunlike stars. Some of them are fairly close by, as well, with about 1,000 of them within 100 light-years. That’s close enough for any planets orbiting them to be studied by telescopes.

These stars also live a lot longer than our sun will, from 15 billion to 45 billion years. That provides a much longer time period for evolution, as compared to our sun, which is already halfway through its lifetime of 10 billion years. Guinan said: 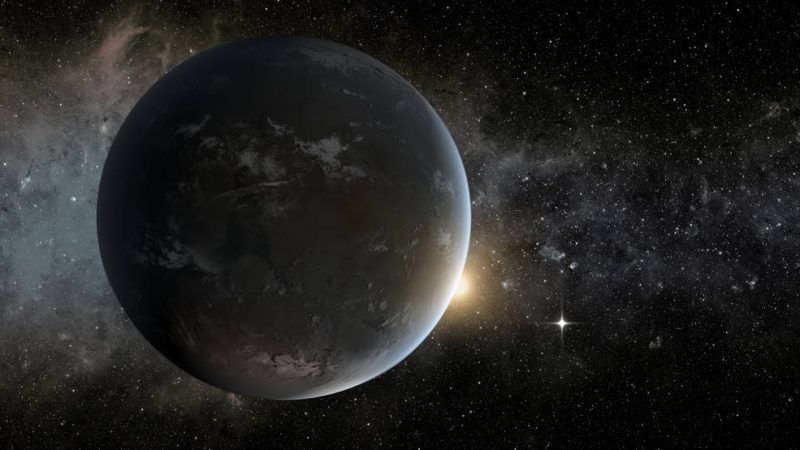 What about red dwarfs? They are the most abundant type of stars, and have even longer lifetimes, but they are very violent places for planets. The X-ray and ultraviolet (UV) radiation from red dwarfs, or M dwarfs, can be up to hundreds of thousands of times more intense than what Earth receives from its sun. Even planets in the habitable zone could have their atmospheres stripped away. Needless to say, not the most ideal location for life to evolve, at least advanced forms of life, as Guinan noted:

We’re not so optimistic anymore about the chances of finding advanced life around many M stars.

K dwarfs, on the other hand, are much less active and hostile, with lower levels of radiation. During the same period of time as the lifetime of our sun, about 10 billion years, they only increase in brightness from about 10-15%. This, with their already longer lifetimes, gives evolution much more time to evolve into higher lifeforms.

Three of the K dwarf stars included in the observations were Kepler-442, Tau Ceti, and Epsilon Eridani. Guinan said: 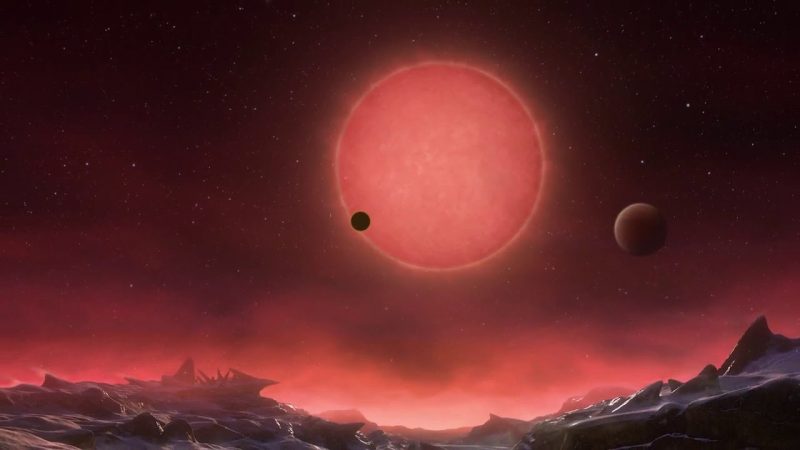 Artist’s concept of the view from one of the seven known planets in the TRAPPIST-1 red dwarf star system . Red dwarfs are very common, but hostile to planets orbiting them. Image via ESO/ Slate.

Tau Ceti and Epsilon Eridani were also targets for Project Ozma in 1960, the first attempt to detect radio signals coming from advanced alien civilizations. That search came up empty, but based on the new research and what we have learned about these kinds of stars since then, these stars may yet turn out to have habitable planets.

An earlier study from last year by researchers at NASA’s Goddard Space Flight Center had also come to the conclusion that K dwarf stars would be the most likely to have habitable planets. According to Giada Arney at Goddard:

I like to think that K stars are in a ‘sweet spot’ between Sun-analog stars and M stars. I find that certain nearby K stars like 61 Cyg A/B, Epsilon Indi, Groombridge 1618, and HD 156026 [part of the 36 Ophiuchi system] may be particularly good targets for future biosignature searches. 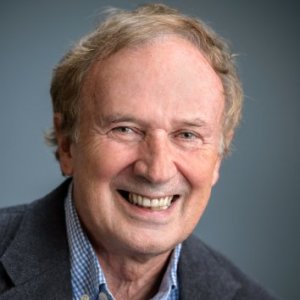 Edward Guinan of Villanova University, who led the new project. Image via ExpertFile.

Over 4,000 exoplanets have been confirmed so far orbiting distant stars, and some of those are in K dwarf star systems. With K dwarfs being so abundant, and with the ever-increasing numbers of Earth-sized worlds being found, including in habitable zones, it would seem to be only a matter of time before a truly habitable planet is discovered. And perhaps, not only habitable, but actually home to some form of life, whether it be intelligent aliens or microbes.

Bottom line: New research shows that Goldilocks stars – K dwarfs, or orange dwarfs – are the most likely to have planets that can support life.