Mercury’s weak magnetic field provides little protection for our sun’s innermost planet from the fierce solar wind, a squall of charged particles from the sun.

In another of a series of firsts, NASA’s MESSENGER spacecraft has given us our first inkling of the intensity with which the solar wind sandblasts Mercury’s surface at its poles. New data analysis from a University of Michigan team, using an instrument aboard the spacecraft and published in a September 30, 2011, issue of Science, revealed this result.

The solar wind is a squall of hot plasma, or charged particles, continuously emanating from the sun, and Mercury is the innermost planet in our solar system. According to the Michigan team, the blistering solar wind kicks up sodium and oxygen particles, the primary components of Mercury’s wispy atmosphere, or exosphere. By interacting with the solar wind, the particles become charged in a mechanism similar to the one that creates the aurora borealis and aurora australis – the beautiful northern and southern lights – on Earth.

The video above shows NASA’s MESSENGER spacecraft passing through the solar wind, as it interacts with Mercury’s thin atmosphere at the planet’s poles. MESSENGER became the first-ever craft to orbit Mercury earlier in 2011. The University of Michigan team is using an instrument called the Fast Imaging Plasma Spectrometer (FIPS) aboard the Mercury MESSENGER spacecraft. 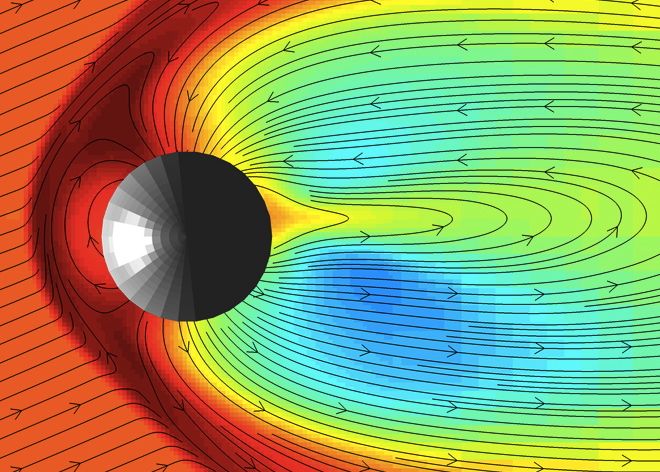 As the solar wind encounters Mercury, it slows down, piles up and flows around the planet (gray ball). This figure shows the density of protons from the solar wind, as calculated by modeling of the planet’s magnetic sheath, or magnetosphere. The highest density, indicated by red, is on the side facing the sun; yellow indicates a lower density, and dark blue is the lowest. Credit: NASA/GSFC/Mehdi Benna

Earth and Mercury are the only two terrestrial planets in the solar system with magnetic fields, these scientists say, and as such, they can somewhat deflect the solar wind around them. Earth, which has a relatively strong magnetosphere, can shield itself from most of the solar wind. Mercury, which has a comparatively weak magnetosphere and is two-thirds closer to the sun, is a different story.

FIPS took the first global measurements of Mercury’s exosphere and magnetosphere. The measurements confirmed scientists’ theories about the composition and source of the particles in Mercury’s space environment. 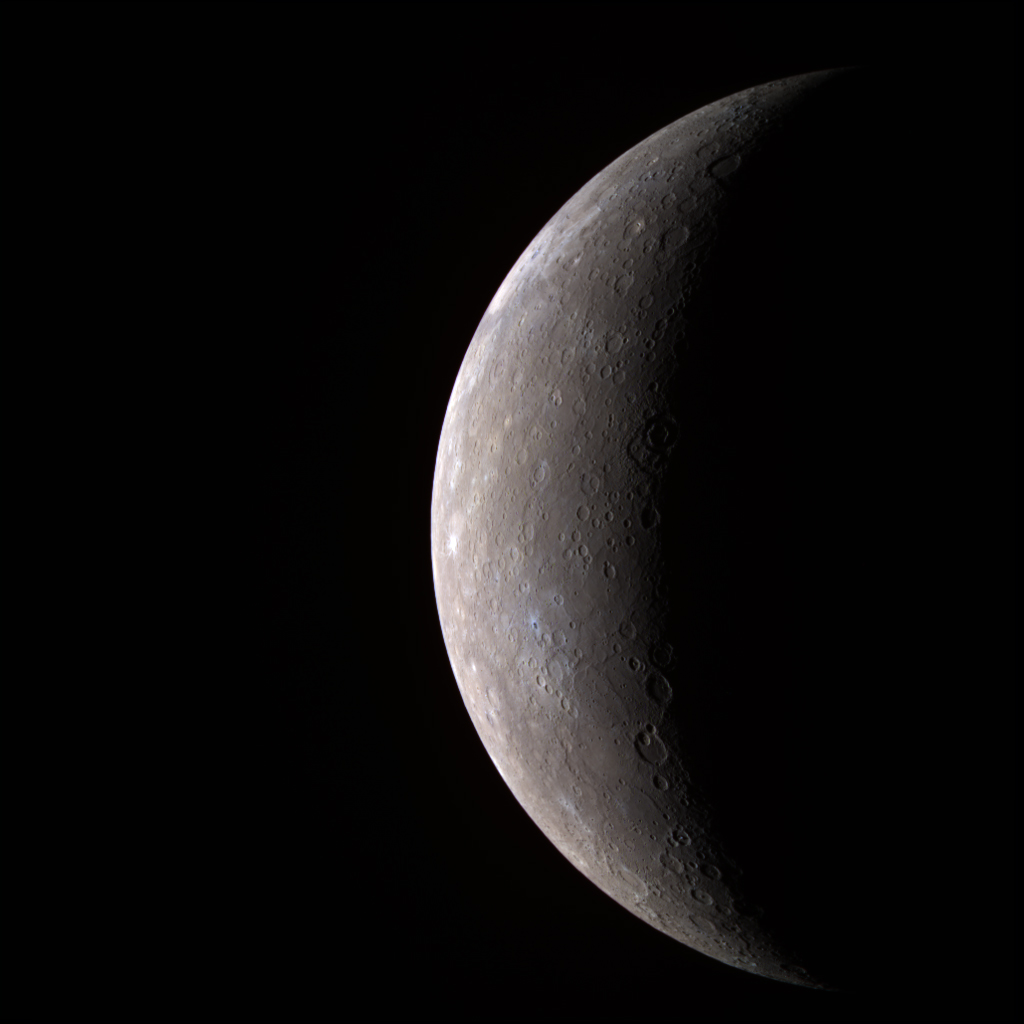 Planet Mercury as seen from the MESSENGER spacecraft in 2008. Image Credit: NASA

We had previously observed neutral sodium from ground observations, but up close we’ve discovered that charged sodium particles are concentrated near Mercury’s polar regions where they are likely liberated by solar wind ion sputtering, effectively knocking sodium atoms off Mercury’s surface.

Our results tell us … that Mercury’s weak magnetosphere provides very little protection of the planet from the solar wind. 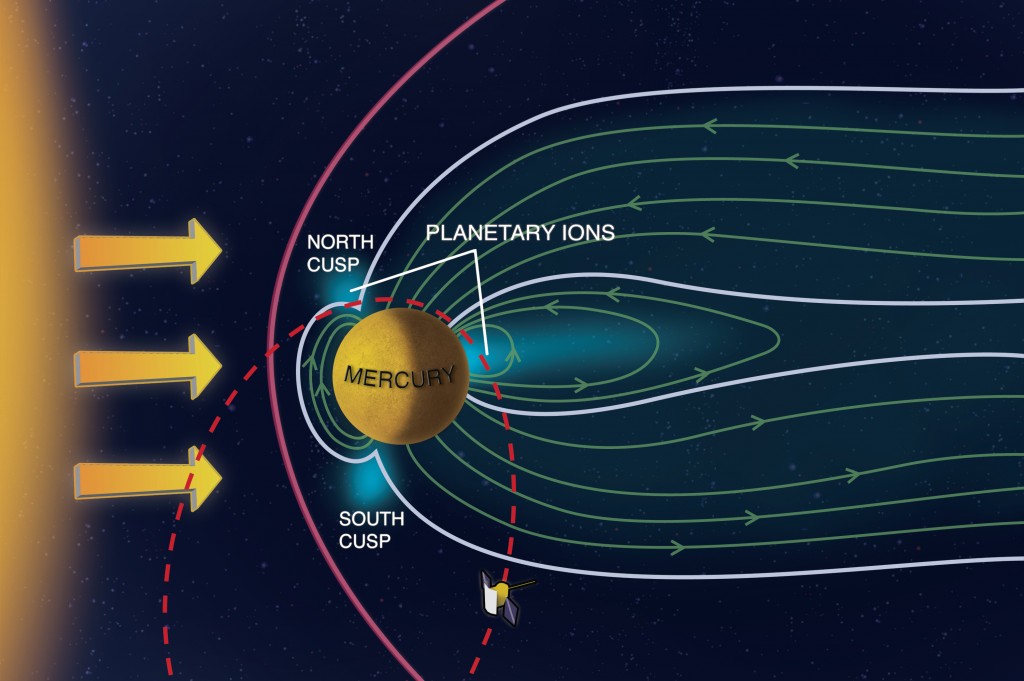 At the magnetic cusps near Mercury’s poles, the solar wind is able to bear down on the planet enough to blast particles from its surface into its wispy atmosphere, according to FIPS measurements. Image Credit: Shannon Kohlitz, Media Academica, LLC

We’re trying to understand how the sun, the grand-daddy of all that is life, interacts with the planets. It is Earth’s magnetosphere that keeps our atmosphere from being stripped away. And that makes it vital to the existence of life on our planet.

Bottom line: An instrument called the Fast Imaging Plasma Spectrometer (FIPS) aboard NASA’s MESSENGER spacecraft has taken the first global measurements of Mercury’s exosphere and magnetosphere, confirming what scientists have suspected – that Mercury’s weak magnetic field offers little protection for the planet from the fierce solar wind from the nearby sun. Thomas Zurbuchen, Jim Raines and team published their findings in the September 30, 2011, issue of Science.

Via University of Michigan News Service