Close shave from an undetected asteroid

Whoosh! Astronomers discovered a small asteroid – now designated as asteroid 2017 OO1 – on July 23. That was 3 days after it passed 1/3 the moon’s distance from Earth. 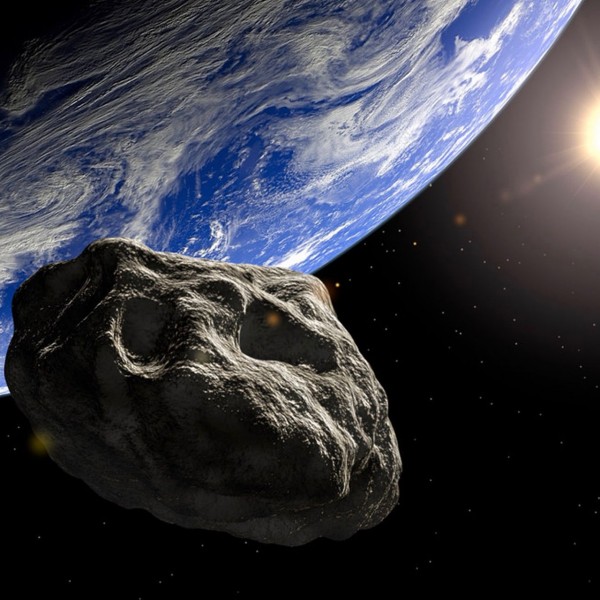 Although that’s still a safe distance, a fact that stands out is that asteroid 2017 OO1 is about three times as big as the house-sized asteroid that penetrated the skies over Chelyabinsk, Russia in February, 2013, breaking windows in six Russian cities and causing more that 1,000 people to seek treatment for injuries, mostly from flying glass.

The late discovery of asteroid 2017 OO1 is a reminder that a Chelyabinsk type event can clearly repeat. However, bear in mind that it is still a small asteroid, too small to cause an extinction level event.

Asteroid 2017 OO1 has an estimated size between 82 and 256 feet (between 25 and 78 meters). When the space rock was first seen from Mauna Loa, Hawaii, it was showing a very faint magnitude of 17.9 which suggests it is a very dark or non reflective asteroid, thus making it very difficult to detect.

Bottom line: Asteroid 2017 OO1 was detected three days after passing at about one-third the moon’s distance from Earth.