Asteroid 2000 WO107 passed Earth safely on November 29, at 11 times the moon’s distance. Astronomers at Goldstone bounced radar signals from its surface and discovered it’s 2 asteroids that touched, and stuck. 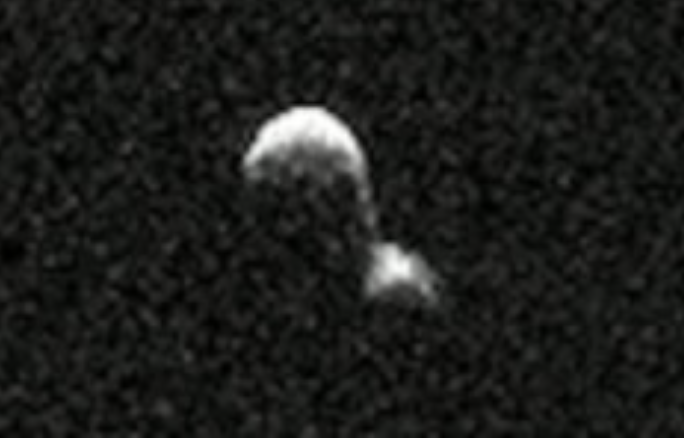 Radar images have revealed asteroid 2000 WO107 as a binary contact asteroid. Image via NASA/ JPL/ Goldstone.

In recent days, as asteroid (153201) 2000 WO107 has passed near Earth, radar astronomers at the Goldstone Deep Space Communications Complex in California have been busy observing it. They’ve been bouncing radar signals from its surface and analyzing the signals that are reflected. Astronomers want to observe this asteroid in part because of its relatively large size, and in part because future passes of the asteroid will bring it closer than this year’s pass. This fast-moving asteroid swept closest to Earth on November 29, 2020. Now it’s moving away again, but the astronomers have learned, among other things, that this is no ordinary space rock. Instead, it’s two space rocks that gravitated toward each other until they touched and merged, creating a double asteroid, sometimes called a contact binary asteroid.

It passed at 11.2 times the Earth-moon distance, a very safe distance, on November 29.

Radar observations of asteroids result in images that show us the asteroid’s shape. It’s always lots of fun to see the shapes of these great boulders or mountains hurtling through space. The double aspect of 2000 WO107 was a surprise, however. 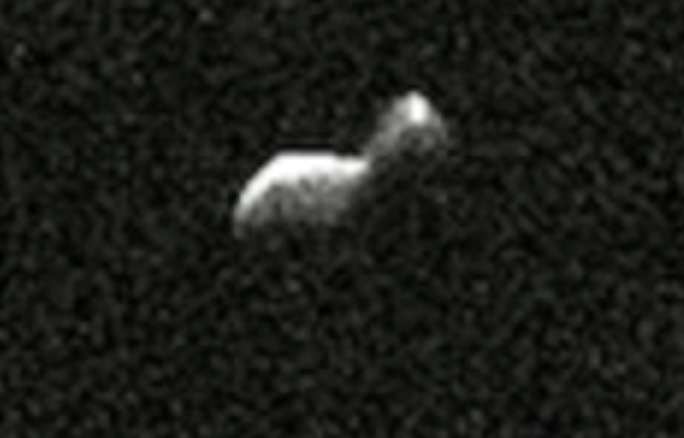 Another radar image of contact binary asteroid 2000 WO107 obtained by NASA’s Goldstone Radar in California. Image via NASA/ JPL/ Goldstone.

According to NASA/JPL, the observations of 2000 WO107 might allow scientists to determine the space rock’s composition. The asteroid might be metallic, or it might be an optically dark rock, that is, a rock that is dark in the visible light part of the electromagnetic spectrum.

Before its close pass, astronomers were estimating the space rock’s size at 1,670 feet (510 meters, which is roughly half a kilometer or 1/3 mile) in diameter.

Asteroids come in all sizes. How big is 2000 WO107 in contrast to other asteroids known to pass Earth? In recent years, astronomers have begun catching sight of smaller and smaller asteroids as they sweep past us. Compare the 510 meters of this asteroid to asteroid 2020 SW, which came within 7% of the moon’s distance on September 24, 2020. SW was estimated to be only about 4.5 to 10 meters in diameter (roughly 15 to 30 feet) so at least 50 times smaller. Now compare 2000 WO107’s diameter with the largest object in the asteroid belt between Mars and Jupiter: That object is Ceres, and it’s some 946,000 meters (946 km or 588 miles) in diameter, that is, almost 2,000 times larger than 2000 WO107. 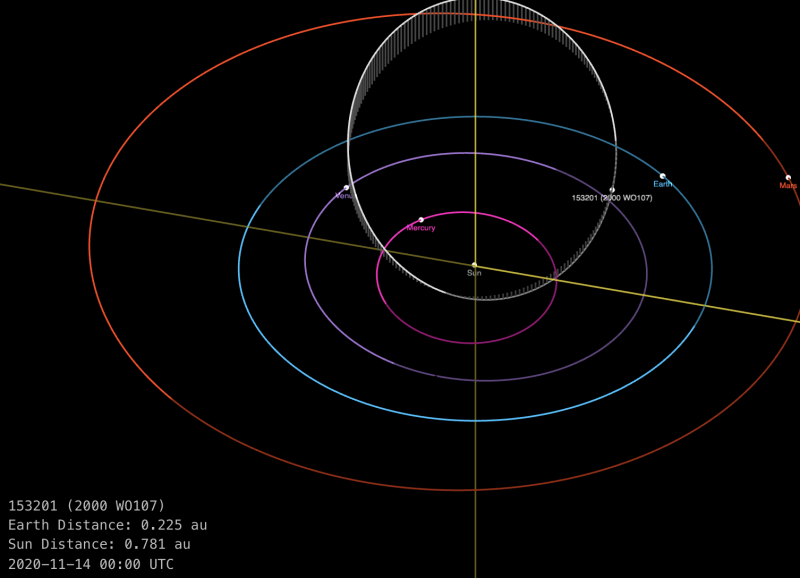 Astronomers at the Lincoln Near-Earth Asteroid Research project (Project LINEAR) in New Mexico discovered 2000 WO107 on November 29, 2000. NASA’s NEOWISE space telescope has also been used to observe it; NEOWISE determined that the asteroid’s size is about 510 meters (1,670 feet) in diameter.

Asteroid 2000 WO107 is classified as an Aten type; that is, the orbit of this space rock crosses the orbit of the Earth and spends the majority of its time inside Earth’s orbit. The asteroid completes its trip around the sun once every 318 days. Orbit models indicate that, in addition to coming close to Earth on occasion, this asteroid also makes close approaches to Mars, Venus and Mercury.

After the November 29, 2020, visit to Earth, the asteroid will return, passing slightly closer on each subsequent flyby – first in November 2040 – and then in November 2093. An even-closer flyby will happen on December 1, 2140, when the asteroid will pass at about half the Earth-moon distance. Because of its size and occasional relatively close flybys, asteroid 2000 WO107 has been classified as a Potentially Hazardous Asteroid. However, no risk of impact has been detected, as its orbit is well known. 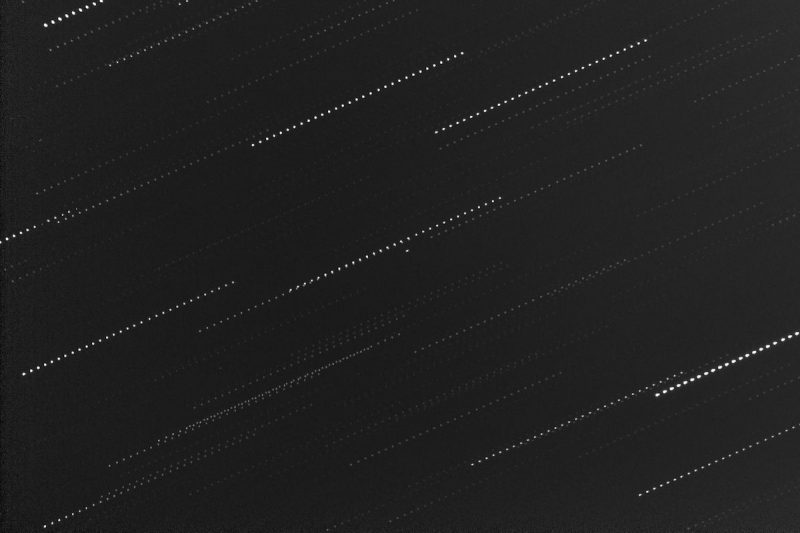 View at EarthSky Community Photos. | Gary Hug in Scranton, Kansas, United States, captured this image of 2000 WO107 in the early morning hours of November 28, 2020, at his Sandlot observatory using a 22-inch telescope. He wrote, “An image of 2000 WO107 taken a little less than a day before its closest approach. It was moving about 1 arcminute (1/60th of a degree) per minute at the time. I added 30 images (causing the star streaks ) moving to the speed and direction of the asteroid.” Fabulous job. Thank you, Guy!

Bottom line: Radar observations of asteroid 2000 WO107 have revealed it as two asteroids stuck together: a contact binary asteroid. The asteroid passed closest on November 29, 2020, at a safe distance of 11.2 times the Earth-moon distance. The asteroid will return, passing slightly closer on each subsequent flyby – first in November 2040 – and then in November 2093.