What is the electromagnetic spectrum?

The electromagnetic spectrum describes all the wavelengths of light, both seen and unseen. 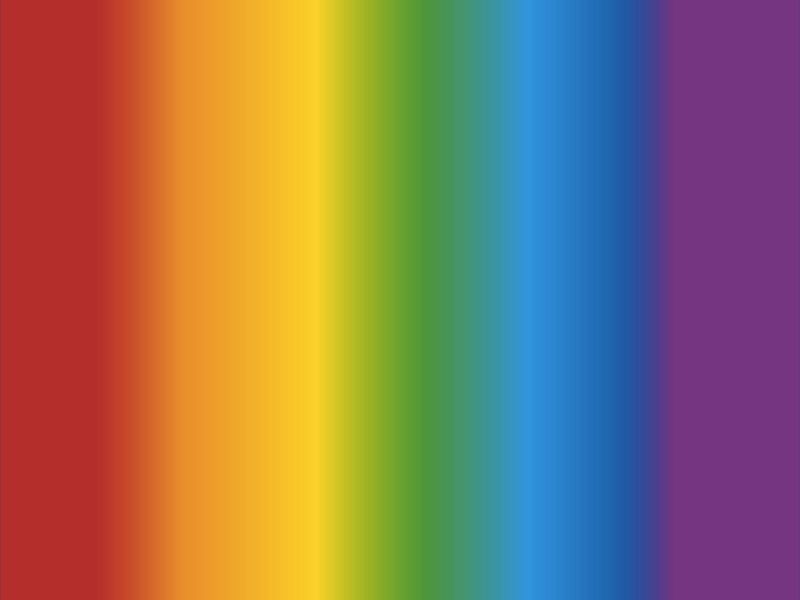 When you think of light, you probably think of what your eyes can see. But the light to which our eyes are sensitive is just the beginning; it is a sliver of the total amount of light that surrounds us. The electromagnetic spectrum is the term used by scientists to describe the entire range of light that exists. From radio waves to gamma rays, most of the light in the universe is, in fact, invisible to us!

Light is a wave of alternating electric and magnetic fields. The propagation of light isn’t much different than waves crossing an ocean. Like any other wave, light has a few fundamental properties that describe it. One is its frequency, measured in hertz (Hz), which counts the number of waves that pass by a point in one second. Another closely related property is wavelength: the distance from the peak of one wave to the peak of the next. These two attributes are inversely related. The larger the frequency, the smaller the wavelength – and vice versa.

You can remember the order of the colors in the visible spectrum with the mnemonic ROY G BV. Image via University of Tennessee.

The electromagnetic waves your eyes detect – visible light – oscillate between 400 and 790 terahertz (THz). That’s several hundred trillion times a second. The wavelengths are roughly the size of a large virus: 390 – 750 nanometers (1 nanometer = 1 billionth of a meter; a meter is about 39 inches long). Our brain interprets the various wavelengths of light as different colors. Red has the longest wavelength, and violet the shortest. When we pass sunlight through a prism, we see that it’s actually composed of many wavelengths of light. The prism creates a rainbow by redirecting each wavelength out at a slightly different angle. 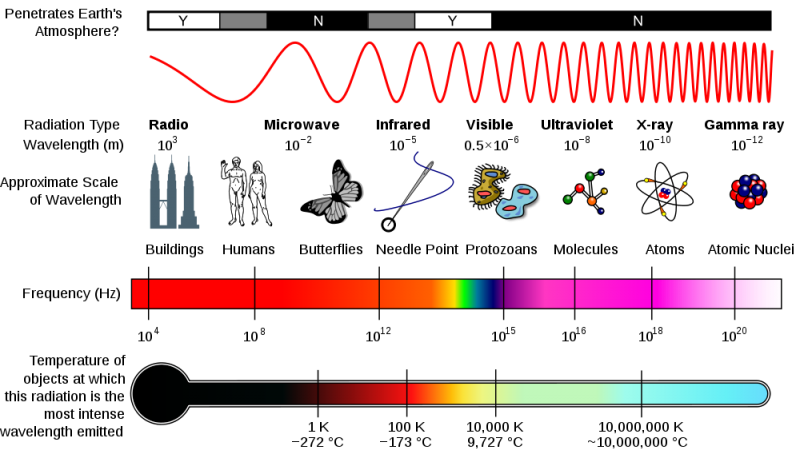 The entire electromagnetic spectrum is much more than just visible light. It encompasses of range of wavelengths of energy that our human eyes can’t see. Image via NASA/Wikipedia.

But light doesn’t stop at red or violet. Just like there are sounds we can’t hear (but other animals can), there is also an enormous range of light that our eyes can’t detect. In general, the longer wavelengths come from the coolest and darkest regions of space. Meanwhile, the shorter wavelengths measure extremely energetic phenomena.

Astronomers use the entire electromagnetic spectrum to observe a variety of things. Radio waves and microwaves – the longest wavelengths and lowest energies of light – are used to peer inside dense interstellar clouds and track the motion of cold, dark gas. Radio telescopes have been used to map the structure of our galaxy while microwave telescopes are sensitive to the remnant glow of the Big Bang. 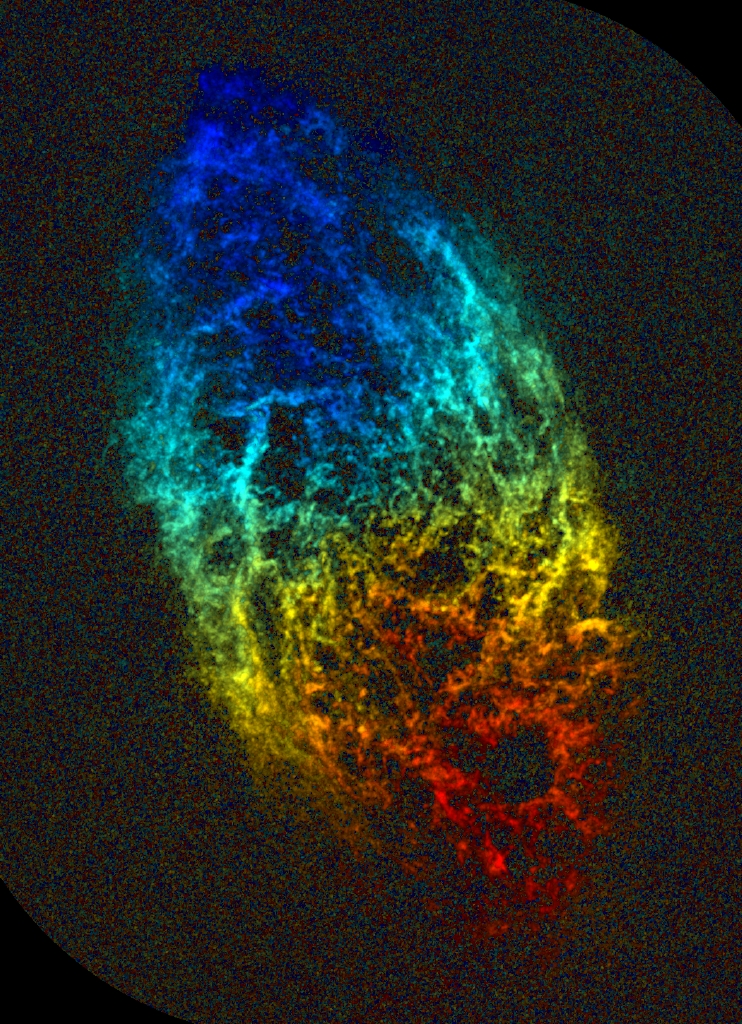 This image from the Very Large Baseline Array (VLBA) shows what the galaxy M33 would look like if you could see in radio waves. This image maps atomic hydrogen gas in the galaxy. The different colors map velocities in the gas: red shows gas moving away from us, blue is moving towards us. Image via NRAO/AUI.

Infrared telescopes excel at finding cool, dim stars, slicing through interstellar dust bands, and even measuring the temperatures of planets in other solar systems. The wavelengths of infrared light are long enough to navigate through clouds that would otherwise block our view. By using large infrared telescopes, astronomers have been able to peer through the dust lanes of the Milky Way into the core of our galaxy.

This image from the Hubble and Spitzer space telescopes shows the central 300 light-years of our Milky Way galaxy, as we would see it if our eyes could see infrared energy.  The image reveals massive star clusters and swirling gas clouds.  Image via NASA/ESA/JPL/Q.D. Wang and S. Stolovy.

The majority of stars emit most of their electromagnetic energy as visible light, the tiny portion of the spectrum to which our eyes are sensitive. Because wavelength correlates with energy, the color of a star tells us how hot it is: red stars are coolest, blue are hottest. The coldest of stars emit hardly any visible light at all; they can only be seen with infrared telescopes.

At wavelengths shorter than violet, we find the ultraviolet, or UV, light. You may be familiar with UV from its ability to give you a sunburn. Astronomers use it to hunt out the most energetic of stars and identify regions of star birth. When viewing distant galaxies with UV telescopes, most of the stars and gas disappear, and all the stellar nurseries flare into view. 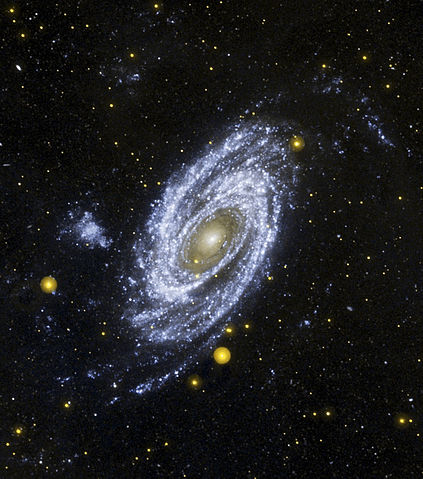 A view of the spiral galaxy M81 in the ultraviolet, made possible by the Galex space observatory.  The bright regions show stellar nurseries in the spiral arms.  Image via NASA.

Beyond UV come the highest energies in the electromagnetic spectrum: X-rays and gamma rays. Our atmosphere blocks this light, so astronomers must rely on telescopes in space to see the X-ray and gamma ray universe. X-rays come from exotic neutron stars, the vortex of superheated material spiraling around a black hole, or diffuse clouds of gas in galactic clusters that are heated to many millions of degrees. Meanwhile, gamma rays – the shortest wavelength of light and deadly to humans – unveil violent supernova explosions, cosmic radioactive decay, and even the destruction of antimatter. Gamma ray bursts – the brief flickering of gamma ray light from distant galaxies when a star explodes and creates a black hole – are among the most energetic singular events in the universe. 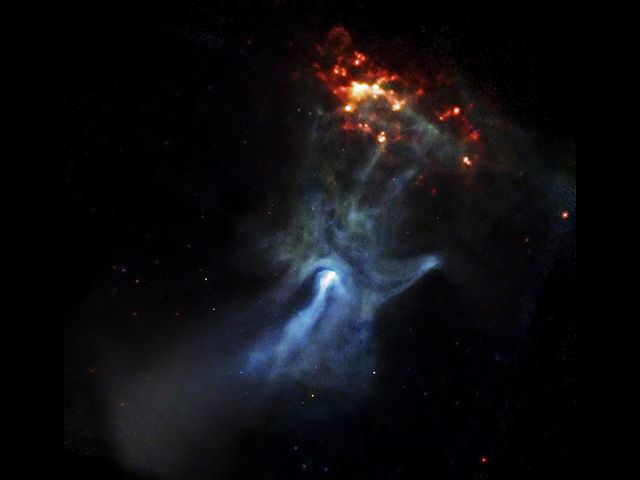 If you could see in X-rays, over long distances, you’d see this view of the nebula surrounding pulsar PSR B1509-58. This image is from the Chandra telescope.  Located 17,000 light-years away, the pulsar is the rapidly spinning remnant of a stellar core left behind after a supernova.  Image via NASA.

Bottom line: The electromagnetic spectrum describes all the wavelengths of light – both seen and unseen.