Depending on where you live worldwide, you might – or might not – catch the young moon after sunset March 25, 2020.

Depending on where you live worldwide, you might – or might not – catch the young moon after sunset March 25, 2020. If you do catch it, it’ll be a whisker-thin crescent near the sunset point on the horizon. On March 25, the newly-born moon will follow the sun beneath the horizon before nightfall. More about the March 25 moon below.

Each day after March 25, look for the moon to be higher up in the sky at sunset. Enjoy the wider and brighter lunar crescent staying out longer after dark. On March 26 and 27, you’ll find the moon still below Venus. Why? Because Venus is now so high up in the west after sunset! It reached its greatest elongation – its greatest angular distance from the sun for this evening apparition and its maximum elongation for 2020 – on March 24.

Want to know when the sun and moon set in your sky? Click on this Sunrise Sunset Calendar, remembering to check the moonrise and moonset box. 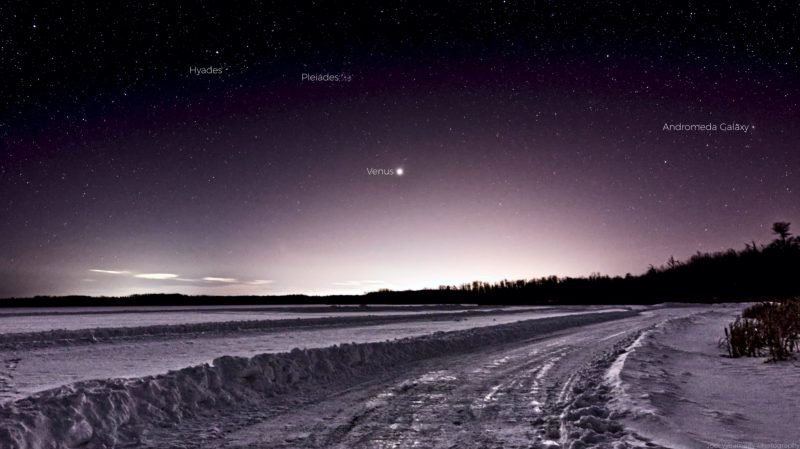 View at EarthSky Community Photos. | Joel Weatherly in Alberta, Canada, said: “Venus has been a brilliant sight recently. Recently, this bright planet took center stage shining within eyeshot of a few of my favourite sky sights. I took this photo on a peaceful frozen lake where the loudest sound around was the ice creaking and popping.”

It is usually quite difficult to see a young moon that’s less than 24 hours old (less than 24 hours after new moon), and nearly impossible to catch a moon that’s less than 18 hours old. If you manage to spot the lunar crescent after sunset March 25, you can determine the moon’s age by noting the time that you first saw the moon. Then click on this Sunset Sunrise Calendar (remembering to check the moon phases box) to find out when the new moon took place for your time zone. 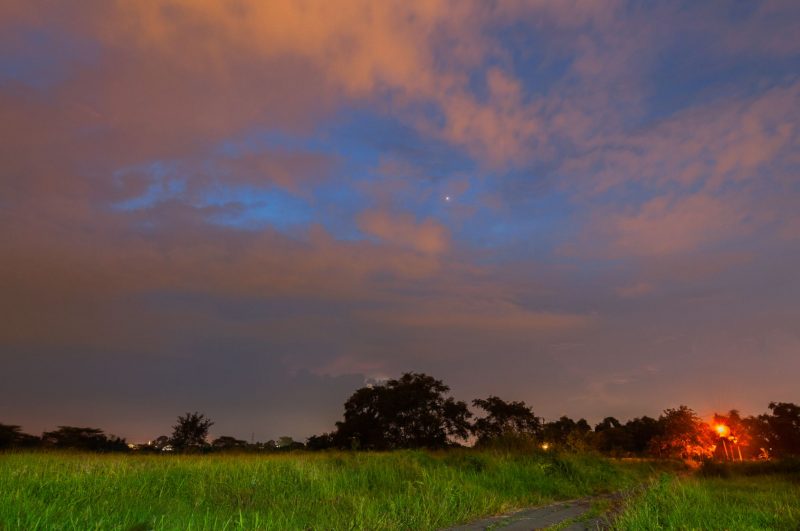 View at EarthSky Community Photos. | Martin Marthadinata of Surabaya ,East Java, Indonesia, captured Venus from his backyard on March 24, 2020. He wrote: “The 3rd-brightest object in the night sky reaches its greatest eastern elongation of around 46 degrees from the sun on Tuesday evening, March 24.” Thank you, Martin!

Look for earthshine. As a bonus, note the soft glow of earthshine – twice-reflected sunlight – on the nighttime side of the waxing crescent moon with either the eye alone or an optical aid. Earthshine is sunlight reflected from the Earth to the moon – and then from the moon back to Earth.

It’s along the lunar terminator – the shadow line dividing the lunar day from lunar night – that you have your best three-dimensional views of the lunar terrain through binoculars or the telescope. The terminator on the waxing moon shows you where it’s sunrise on the moon. 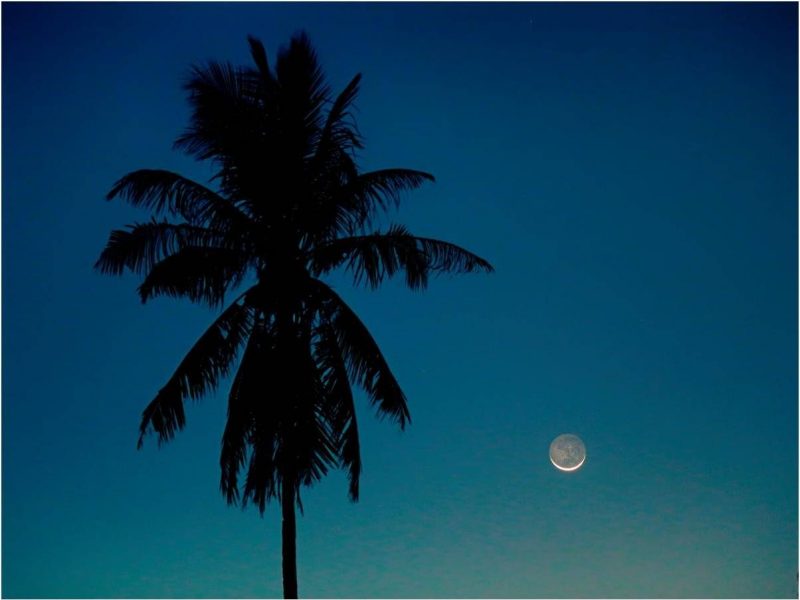 Young moon with earthshine on March 8, 2018, from Dr Ski in Valencia, Philippines. If you were on the moon now, you’d see a nearly full Earth in your sky. Earth’s light is illuminating the lunar landscape, just as the light of a full moon illuminates our earthly landscape. Thanks, Dr. Ski!

And don’t forget the zodiacal light. If you live in the Northern Hemipshere, the zodiacal light will be shining in clear, dark skies, when all traces of twilight have left the sky. Venus will be in its midst. Watch for it. 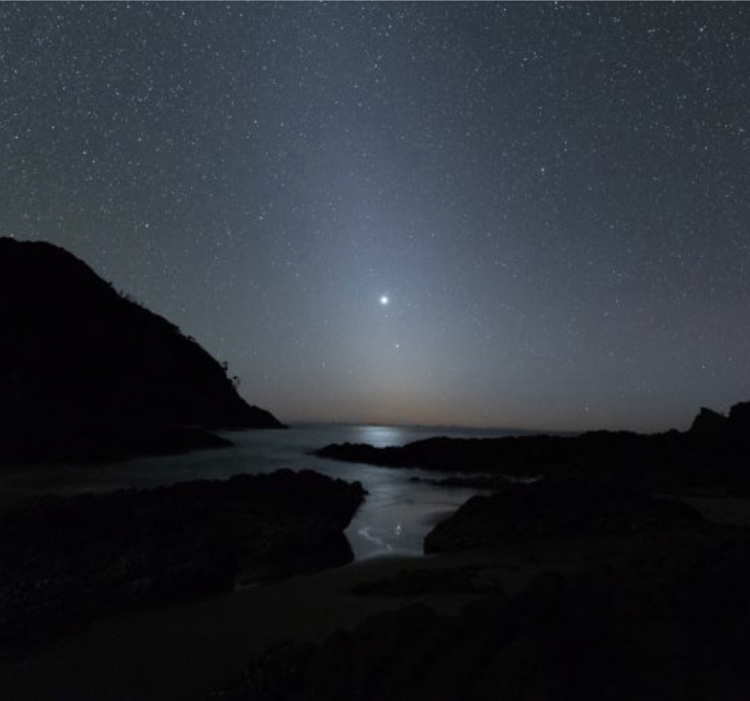 View at EarthSky Community Photos. | This zodiacal light photo comes from 2018, from Great Barrier Island in the Southern Hemisphere. The faint cone of light is the zodiacal light, seen before dawn. Notice the bright object in its midst. That’s Venus. Another pinpoint of light is below Venus, and that little light is Mercury. We’re showing you this photo now because – if you’re in the Northern Hemisphere in 2020, watching for the zodiacal light in the evening – you might see Venus in its midst! Photo by Carol Comer. Thank you, Carol!