How to use Orion’s Belt to find 4 bright stars – Betelgeuse and Rigel in Orion – Aldebaran in Taurus the Bull and Sirius in Canis Major. 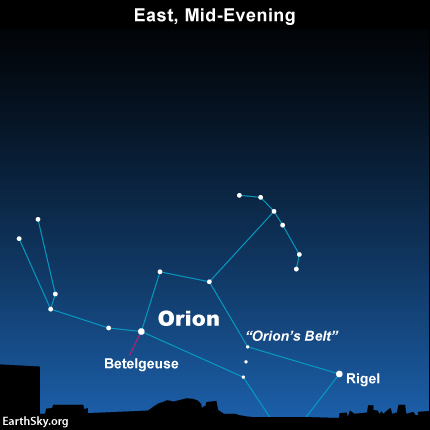 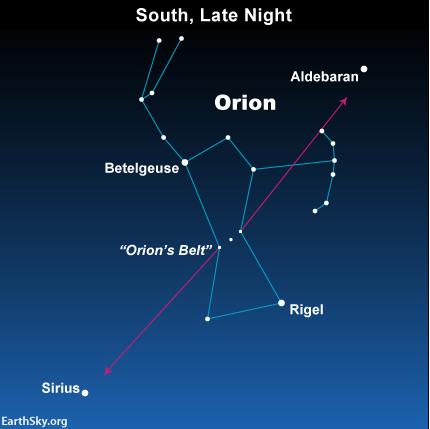 Orion’s Belt points in one direction to Aldebaran in Taurus, and in the other direction to Sirius in Canis Major.