Tonight’s waxing crescent moon shines close to Uranus. Learn how to locate the planet, using tonight’s moon location and these links to charts and other info.

On January 31 and February 1, 2020, the waxing moon is near the seventh planet, Uranus, on our sky’s dome. At a distance of 20 astronomical units – or 20 Earth-sun units – from Earth, Uranus is faint. It was the first planet to be discovered in modern times, by William Herschel in the year 1781. He was using a telescope! Most people do use a telescope or binoculars to see it, but some have glimpsed it with the eye alone on a moonless night. Why are we showing you Uranus near the moon then? Just so you can get an idea of where it is in the sky after sunset, so that you can notice the stars around it, and then find Uranus when the moon has moved away.

On both January 31 and February 1, the moon is bright; it’s at or near first quarter. Uranus, meanwhile, is located in front of the faint constellation Aries the Ram, close to the border of the constellation Pisces the Fishes. Now here’s the good news. Uranus moves only very slowly in front of the starry background. It’ll stay in front of Aries for several more years. So if you notice the stars near the moon tonight, you can use these stars to get oriented and, ultimately, to locate the seventh planet.

A good familiarity with Aries is your ticket to locating this faint world. For a detailed sky chart of Aries, click on The Sky Live; and for a sky chart showing Uranus’ position from 2019 to 2032, click on Naked Eye Planets.

Or try this chart from SkyandTelescope.com.

Or check out the chart below, which shows the constellation Aries. 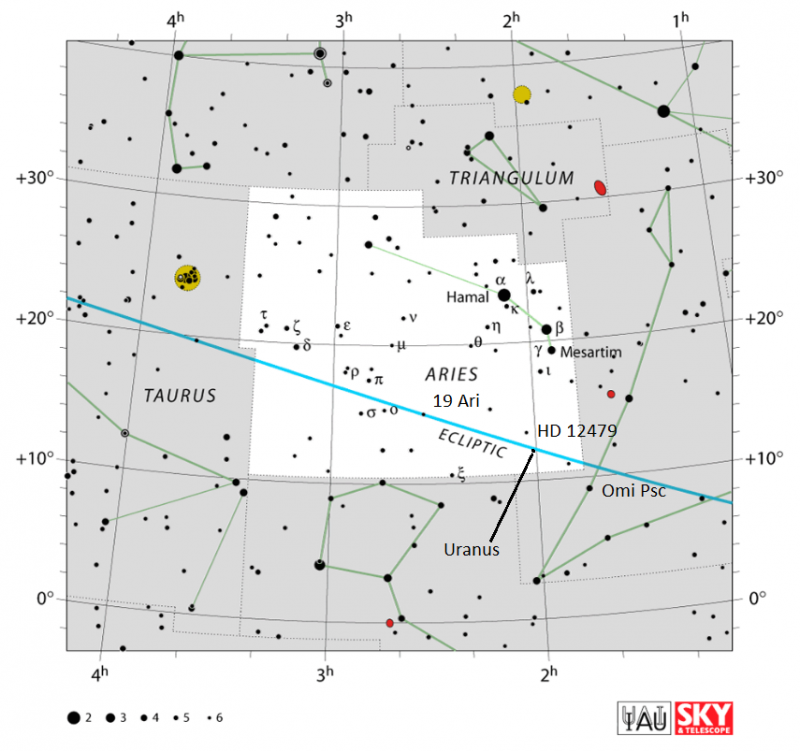 This chart shows the approximate position for Uranus relative to the Aries stars 19 Aretis (abbreviated 19 Ari on chart) and HD 12479. Use these stars (which are about the same brightness as Uranus) to find Uranus, whose blue-green color may contrast to the reddish hue of the star HD 12479. Sky chart via IAU.

Recently, the very bright planet Venus and the very faint planet Neptune were in conjunction. View photos of the Venus-Neptune conjunction here.

Venus will soon have another conjunction with another very faint planet (though not as faint as Neptune). Yep, it’ll be a conjunction of Venus with Uranus, and it’ll happen on March 9, 2020. Venus is now sitting rather low in the west at dusk and nightfall. It’ll be hard to miss this brilliant world, because Venus ranks as as the third-brightest celestial body in all the heavens, after the sun and moon. Day by day, as darkness falls, Venus will climb upward, toward Uranus, while Uranus will fall downward, toward Venus. The two will meet in March.

So know that these late January and early February evenings are not the best nights for seeing Uranus. You will have a tough time glimpsing it in the moon’s glare. But maybe bookmark some links, and then, when the moon leaves the evening sky, you’ll know where to look before Venus has its rendezvous with Uranus. 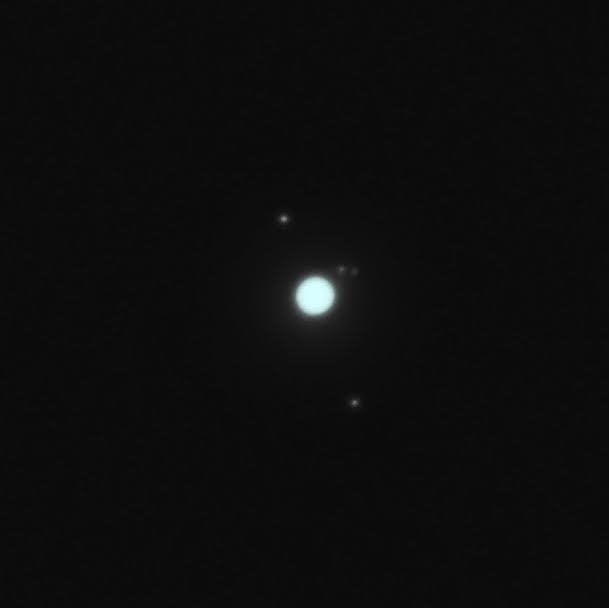 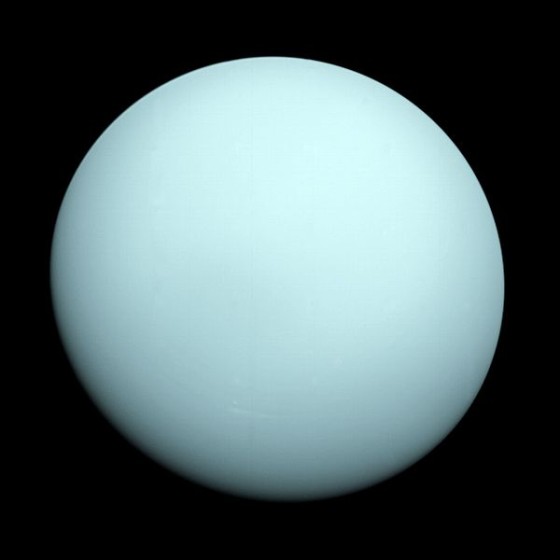