What is a waxing crescent moon?

A waxing crescent moon shines in the west after sunset. It quickly follows the sun below the western horizon. 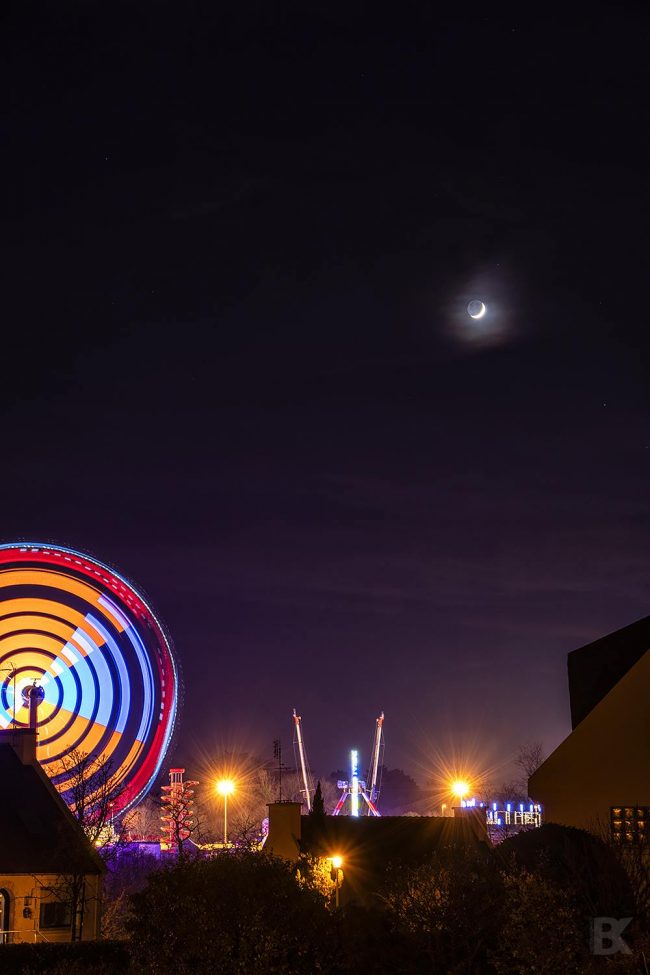 Waxing crescent moon with earthshine, over an amusement park in Brest, France, via BK-Photographies. 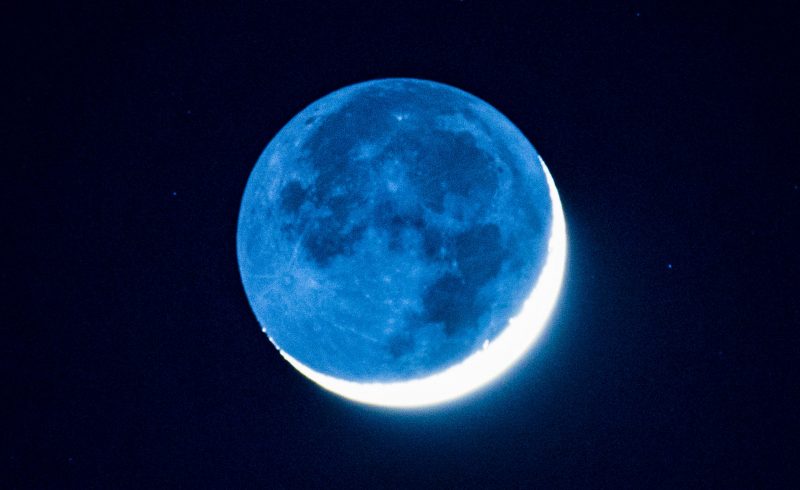 You might also see a pale glow on that night portion of the moon, when the moon is a crescent. That glow is called earthshine. It’s caused by the fact that – when we see a crescent moon in Earth’s sky – any moon people looking back at our world would see a nearly full Earth. Just as a full moon can illuminate an earthly landscape, so a full or nearly full Earth can illuminate the lunar landscape. And that’s what you’re seeing when you see earthshine. Read more about earthshine.

Because the waxing crescent moon is nearly on a line with Earth and the sun, its illuminated hemisphere – or day side – is facing mostly away from us. We see only a slender fraction of the day side: a crescent moon. Each evening, because the moon is moving eastward in orbit around Earth, the moon appears farther from the sunset glare. It is moving farther from the Earth-sun line in space. Each evening, as the moon’s orbital motion carries it away from the Earth-sun line, we see more of the moon’s day side. Thus the crescent in the west after sunset appears to wax, or grow fatter each evening.

Nina Gorenstein in West Lafayette, Indiana, captured the waxing crescent moon on 2 consecutive days, at approximately the same time. See how – at this moon phase – the line of sunrise crawls across the moon’s face from one Earth-day to the next? Also, between these 2 photos, there was a change in the seeing, or steadiness of Earth’s air. That’s why the photo on the right is clearer; the seeing was better that night. Thank you, Nina!

Bottom line: A waxing crescent moon shines in the west after sunset. It quickly follows the sun below the western horizon.