What is a last quarter moon?

The last quarter moon appears a week after full moon and a week before new moon. 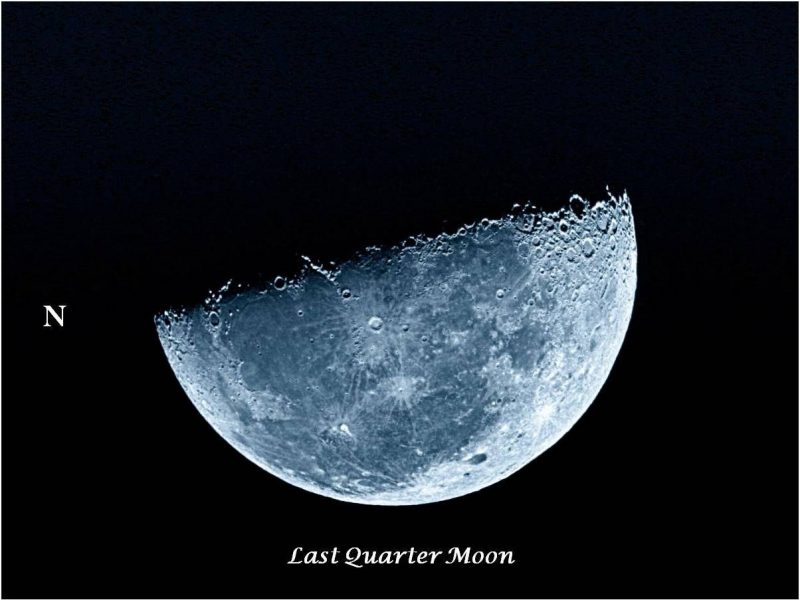 View at EarthSky Community Photos. | Dr Ski in Valencia, Philippines, caught the last quarter moon shortly after it rose around midnight on the morning of September 22, 2019. This moon phase is perfect for helping you envision the location of the sun … below your feet. Thanks, Dr Ski!

The last quarter moon falls one week after the full moon. From Earth, we see the moon half-lit. Actually, we’re seeing one quarter of the moon – hence the name – because the rest of the lit part is on the far side where we can’t see it. A last quarter moon looks like half a pie. It is also called third quarter moon.

See the moon phase for every day in 2021 on EarthSky’s famous lunar calendar. Order yours before they’re gone!

A last quarter moon appears half-lit by sunshine and half-immersed in its own shadow. It rises in the middle of the night, appears at its highest in the sky around dawn, and sets around midday.

Why last quarter isn’t a “half moon”

A last quarter moon provides a great opportunity to think of yourself on a three-dimensional world in space. Watch for this moon just after moonrise, shortly after midnight. Then the lighted portion points downward, to the sun below your feet. Think of the last quarter moon as a mirror to the world you’re standing on. Think of yourself standing in the midst of Earth’s nightside, on the midnight portion of Earth. 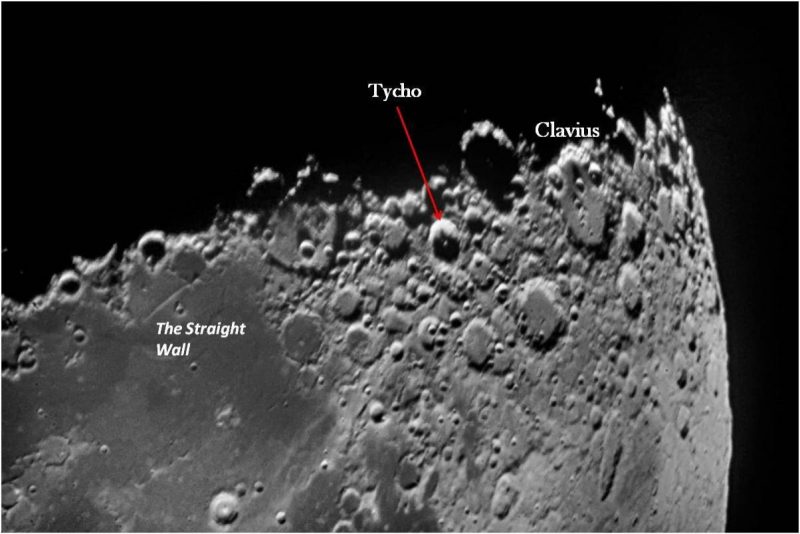 View at EarthSky Community Photos. | September 22, 2019, photo by Dr Ski. He wrote: “The moon’s southern limb at last quarter. The Straight Wall is either black or white depending on the angle of the sun’s rays. At lunar sunset (now), it’s white. Around full moon, Tycho is one of the easiest craters to find due to the impact rays emanating from it. It’s like the hub of a spoked wheel! At last quarter, Tycho becomes unremarkable. Clavius, on the other hand, becomes remarkable at high magnification.” 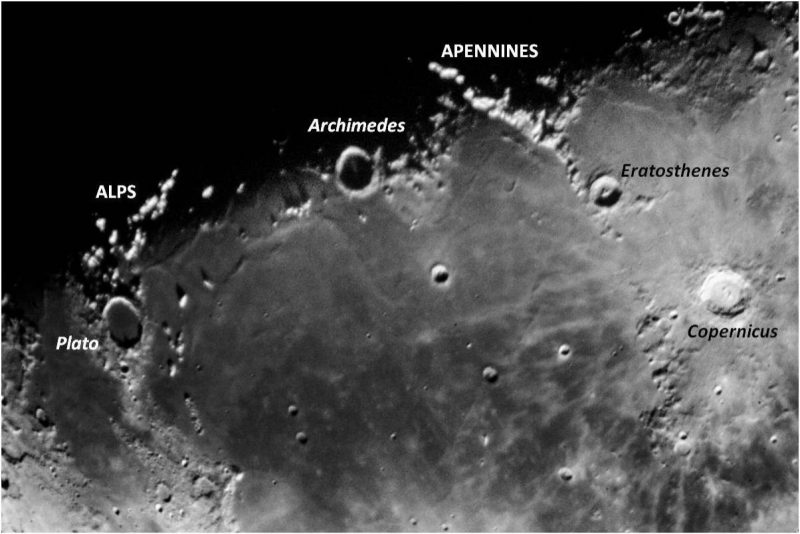 View at EarthSky Community Photos. | September 22, 2019, photo by Dr Ski. He wrote: “The Sea of Rains at last quarter. The lunar Alps and Apennines are bisected by the moon’s meridian. You can get an idea of the height of these mountains by how far they extend into the dark side of the terminator. At an elevation of over 5,000 meters [16,000 feet], the Apennines are twice as tall as the Alps.”

Also, a last quarter moon can be used as a guidepost to Earth’s direction of motion in orbit around the sun.

In other words, when you look toward a last quarter moon high in the predawn sky, for example, you’re gazing out approximately along the path of Earth’s orbit, in a forward direction. The moon is moving in orbit around the sun with the Earth and never holds still. But, if we could somehow anchor the moon in space … tie it down, keep it still … Earth’s orbital speed of 18 miles per second (29 km/sec) would carry us across the space between us and the moon in only a few hours. 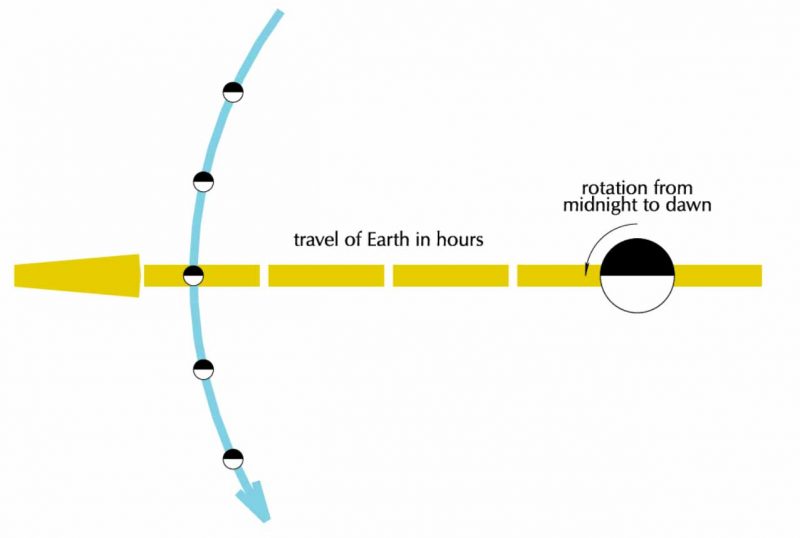 Want to read more about the last quarter moon as a guidepost for Earth’s motion? Astronomer Guy Ottewell talks about it here.

A great thing about using the moon as a guidepost to Earth’s motion is that you can do it anywhere … as, for example, in the photo below, from large cities. Ben Orlove wrote from New York City: “I was sitting in the roof garden of my building, and there was the moon, right in front of me. You were right, this is a perfect time to visualize … the Earth’s motion.”

Bottom line: A week after the full moon, the last quarter moon phase appears between the waning gibbous and waning crescent phases.