Born in March? Here’s your birthstone

Happy birthday to all you March babies. Your month has 2 birthstones – the aquamarine and the bloodstone. 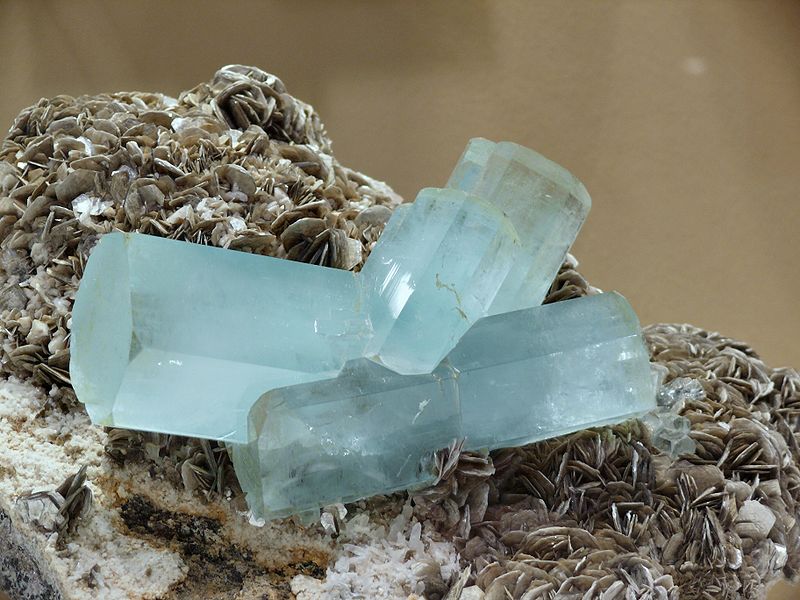 Aquamarines vary in color from deep blue to blue-green of different intensities, caused by traces of iron in the beryl crystal. Naturally occurring deep blue stones are the most prized because they are rare and expensive. However, yellow beryl stones can be heated to change them to blue aquamarines.

The aquamarine – also called the “poor man’s diamond” – is a form of the mineral beryl that also includes other gemstones such as the emerald, morganite, and heliodor. Beryl consists of four elements: beryllium, aluminum, silicon, and oxygen. Beryl occurs as free six-sided crystals in rock veins unaffected by shock and weathering that otherwise destroy gem deposits. It is a relatively hard gem, ranking after the diamond, sapphire, ruby, alexandrite, and topaz.

The best commercial source of aquamarines is Brazil. High quality stones are also found in Colombia, the Ural Mountains of Russia, the island of Malagasy, and India. In the United States, Colorado, Maine, and North Carolina are the best sources.

The name aquamarine was derived by the Romans from the words “aqua,” meaning water, and “mare,” meaning sea, because it looked like sea water. Aquamarines were believed to have originated from the jewel caskets of sirens, washed ashore from the depths of the sea. They were considered sacred to Neptune, Roman god of the sea. This association with the sea made it the sailors’ gem, promising prosperous and safe voyages, as well as protection against perils and monsters of the sea. Its first documented use was by the Greeks between 480-300 B.C. They wore aquamarine amulets engraved with Poseidon (the Greek god of the sea) on a chariot.

Beginning in the Roman period, the aquamarine was believed to possess medicinal and healing powers, curing ailments of the stomach, liver, jaws, and throat. During the Middle Ages, it was believed to be an effective antidote against poison. Aquamarines were thought to be the source of power for soothsayers, who called it the “magic mirror,” and used it for telling fortunes and answering questions about the future. It is said that Emperor Nero used it as an eyeglass 2,000 years ago. Much later, aquamarines were used as glasses in Germany to correct shortsightedness. In fact, the German name for eyeglasses today is “brille,” derived from the mineral beryl. 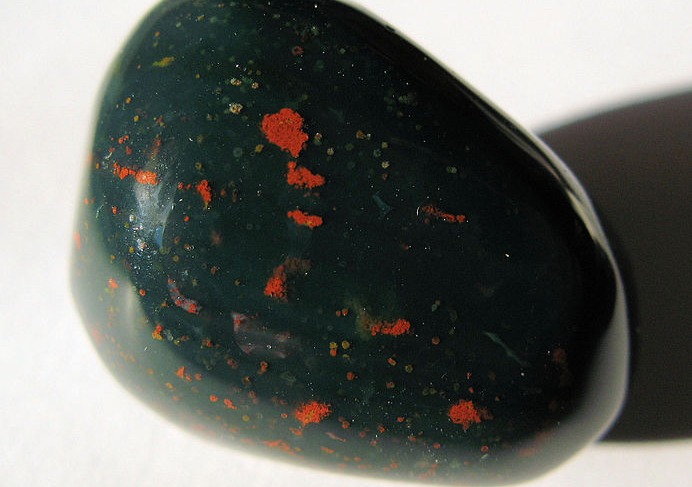 The second birthstone for March is the bloodstone. Bloodstone – also known as heliotrope – is a form of the abundant mineral quartz. This particular form of quartz, known as cryptocrystalline quartz, exists as a mass of tiny quartz crystals formed together in large lumps that show no external crystal form, yet each of the component crystals that make up the mass is a genuine crystal. This quartz variety is also called chalcedony. Green chalcedony spotted with flecks of red is known as bloodstone. Bloodstone is found embedded in rocks or as pebbles in riverbeds. The best sources of this stone are India, Brazil, and Australia.

The bloodstone is a favored material for carving religious subjects, particularly the Crucifixion. One particularly famous carving was done by the Italian Matteo del Nassaro around 1525. In “The Descent from the Cross,” the carving was carefully crafted so that spots of red on the bloodstone represented the wounds of Christ and his drops of blood. According to legend, bloodstone was believed to have formed during the crucifixion of Christ. A Roman soldier-guard thrust his spear into Christ’s side and drops of blood fell on some pieces of dark green jasper lying at the foot of the cross, and the bloodstone was created.

Babylonians used this stone to make seals and amulets, and it was also a favorite with Roman gladiators. In the Middle Ages, bloodstone was believed to hold healing powers, particularly for stopping nosebleeds. Powdered and mixed with honey and white of egg, it was believed to cure tumors and stop all types of hemorrhage. Ancient alchemists used it to treat blood disorders, including blood poisoning and the flow of blood from a wound. Bloodstone was also believed to draw out the venom of snakes.

Bottom line: The month of March has 2 birthstones – the aquamarine and the bloodstone.