Why are these biologists dressed up as whooping cranes?

In the spirit of Halloween? No. These biologists routinely dress as whooping cranes to care for chicks that will eventually be released into the wild.

Endangered whooping cranes are being brought back from the brink of extinction thanks to biologists who wear costumes while caring for the chicks. The costumes prevent the young ones from imprinting on humans. Once they are old enough, the cranes are released into the wild where they join established flocks of whooping cranes. In 2014, seven costume-reared chicks will be released to the Necedah National Wildlife Refuge in Wisconsin along with four chicks that were raised by captive adult whooping cranes. The biologists are trying to learn if the new parent-rearing method by captive cranes can be just as successful as the traditional costume-rearing method. 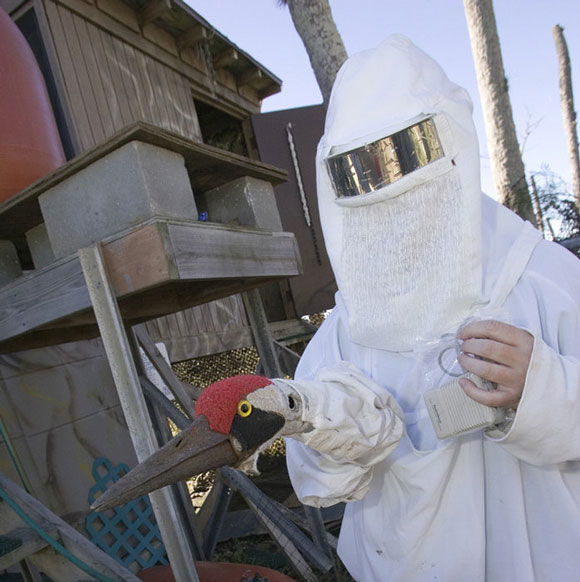 Between 5 to 20 whooping crane chicks are raised annually for release at the U.S. Geological Survey’s Patuxent Wildlife Research Center in Laurel, Maryland.

The biologists wear crane costumes while caring for the chicks to prevent the young birds from imprinting on humans. Imprinting refers to the formation of strong social bonds between a young animal and most often its mother. When an animal imprints on a human, this can impair their relationships with other animals in the wild.

The young birds are taught how to forage for food in outdoors pens that protect them from predators.

Once they are old enough, the birds are taught how to fly.

The whooping cranes in Wisconsin migrate every winter to the warm Gulf Coast of Florida. To help the newly introduced birds keep up with the flock, biologists teach them the migration route by having them follow along the path of an ultralight airplane.

The number of whooping cranes once dropped to about two-dozen birds. Thanks to conservation programs such as those of the U.S. Geological Survey (USGS) and U.S. Fish and Wildlife Service (USFWS), there are now about 425 whooping cranes in the wild and 125 in captivity. 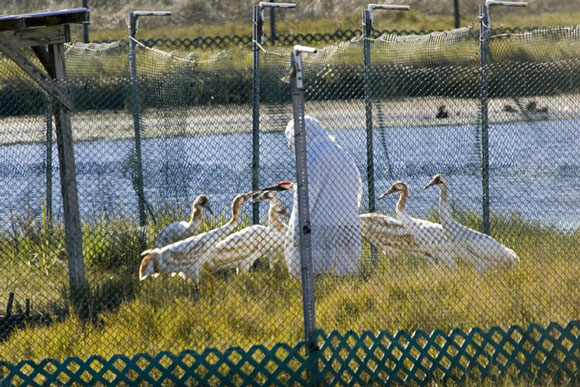 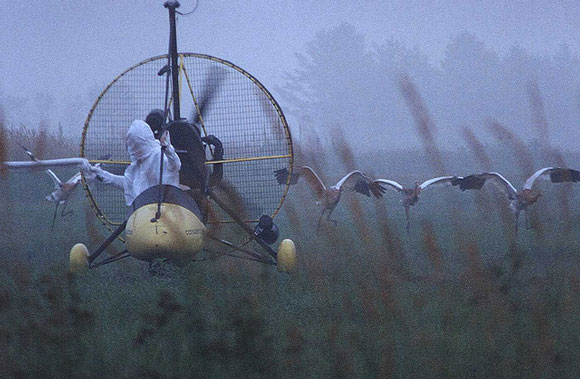 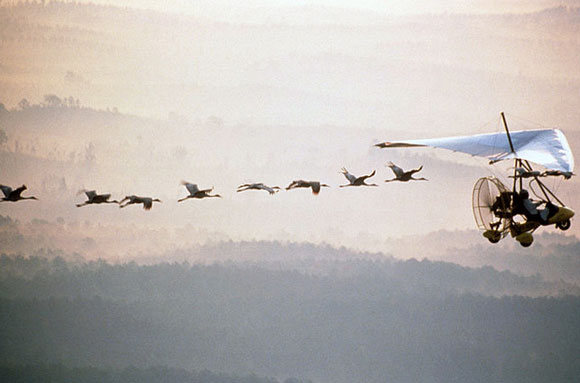 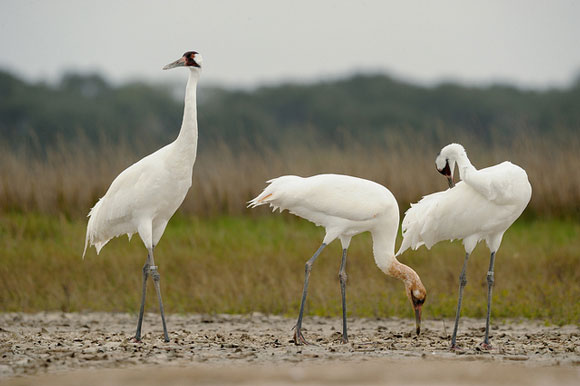 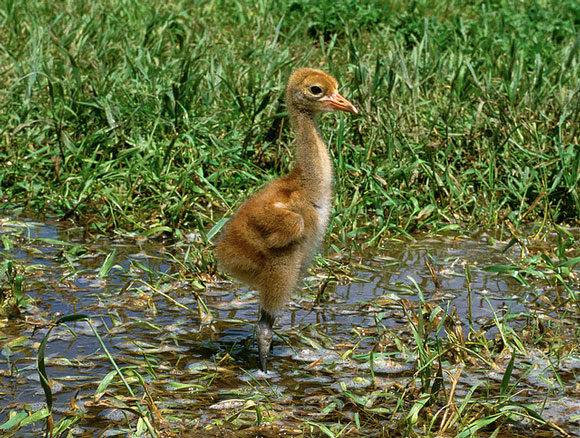 Bottom line: Biologists routinely wear costumes to care for young endangered whooping cranes that will eventually be released into the wild.