Recap and videos of April 3, 2012 tornadoes in Texas

At least 11 confirmed tornadoes struck the Dallas-Fort Worth area on April 3, causing damage but no deaths. Here’s what’s known now, plus the best videos.

On April 3, 2012, a round of severe thunderstorms pushed through portions of north and central Texas and triggered strong tornadoes through the area. Parts of Dallas, Arlington, Hutchins, Lancaster, Forney in Texas were hit by tornadoes that produced wind speeds greater than 120 miles per hour. Fortunately, no deaths were associated with this tornado outbreak as the storm pushed to the east. An upper level low and a strong cold front pushed east towards an unstable warm airmass. The dynamics near the system were strong enough to trigger rotating supercell thunderstorms as they pushed into the Dallas metropolitan area.

Destructive Tornadoes rip through Dallas-Fort Worth

Everything you need to know: tornado safety 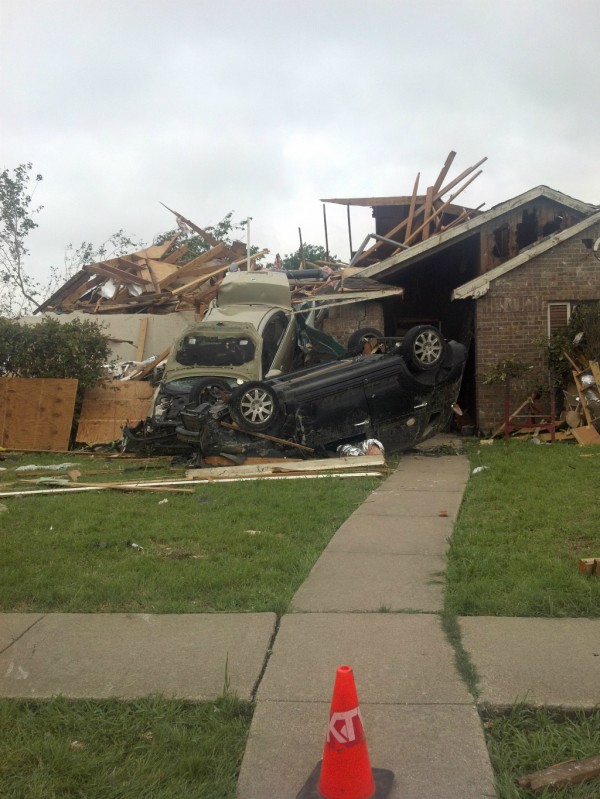 The National Weather Service at the Fort Worth office released 55 severe thunderstorm warnings and 18 tornado warnings from 7:32 a.m through 8:13 p.m CDT on April 3. As of now, there are 11 confirmed tornadoes in this area with a possibility of that number increasing to 15. Here’s a look at some preliminary tornado tracks and strengths as they pushed through parts of Texas: 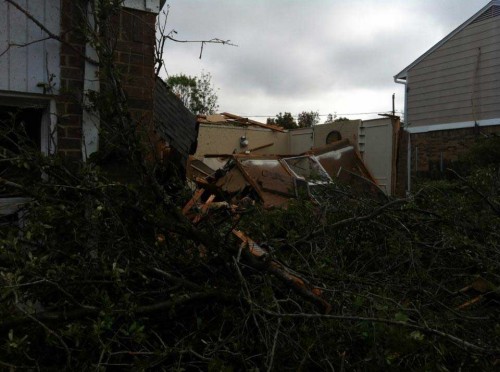 The Kennedale/Arlington tornado was ranked as an EF-2 tornado with maximum wind speeds around 135 mph. The tornado stayed on the ground for 4.6 miles, and created decent amounts of damage across a fairly populated area. This tornado tore roofs off of houses as it pushed through Interstate 20 and Highway 287.

Take a look at this large tornado as it forms and strengthens over a main road. Video from Wes Stevens: 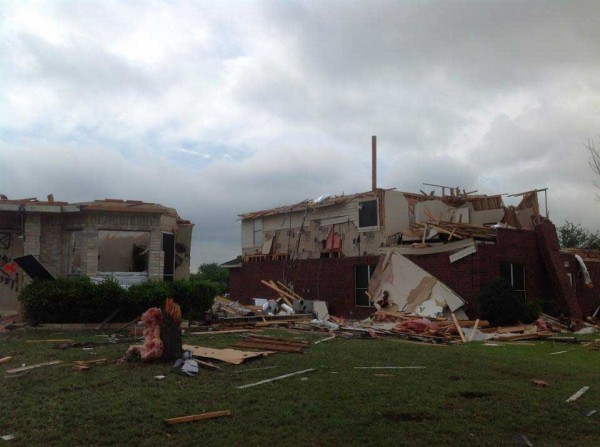 Photo was taken near the intersection of Pleasant Run Road and Rogers Ave in Lancaster. Image Credit: NWS

The tornado that pushed through Lancaster and Dallas is currently ranked as a preliminary EF-2 tornado with wind speeds estimated around 130 mph. The National Weather Service is still assessing the damage and will likely verify the strength and track of this tornado later today (April 5). This tornado stayed on the ground for 7.1 miles (11.4 kilometers) and had a maximum width of 200 yards (183 meters). This was the same tornado that caused so much damage across a trucking facility in Dallas, resulting in the video below:

In that incredible video, large trucks are seen being tossed and twirled high in the air. This storm also produced extensive hail damage that closed the Dallas-Fort Worth airport.

The video below of the same tornado contains some mild language, however, this group was extremely close to this tornado as it pushed through these areas: 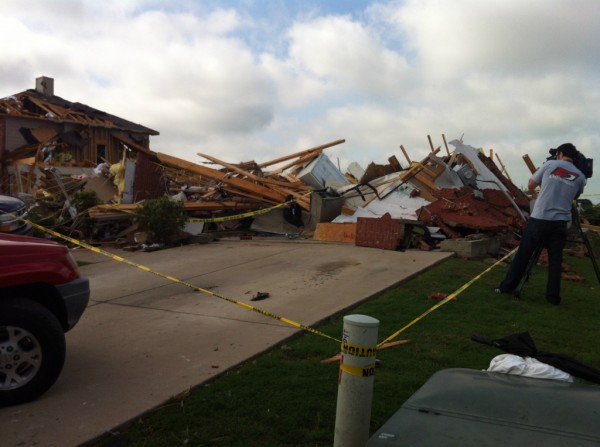 Damage near the intersection of Ridgecrest and FM-548 in Forney, Texas as an EF-3 destroys homes. Image Credit: NWS

The tornado that hit Forney, Texas has a preliminary rating of an EF-3 tornado with estimated wind speeds around 150 mph. The National Weather Service will be out in this area again today to finalize the track and strength of this tornado. The tornado had a maximum width of 150 yards. As of now, it looks like two tornadoes affected this area on April 3, 2012. The Diamond Creek Subdivision in Forney, Texas was the hardest area in parts of Texas. Another tornado formed southwest of Farm to Market Road 548 near Bent Road in Rockwall County. This tornado produced a tornado estimated around EF-2 strength and stayed on the ground for roughly 3.1 miles. This tornado destroyed mobile homes and caused significant roof damage to homes in the area. 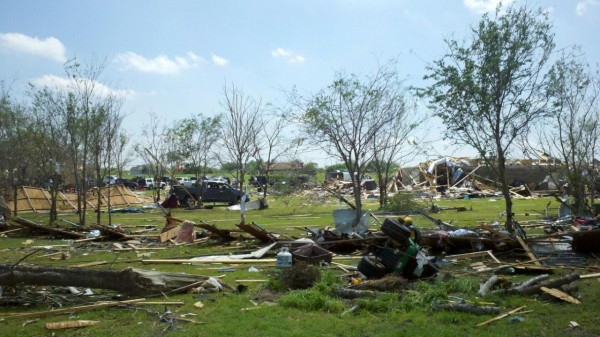 Fortunately, no one was killed from this tornado outbreak that occurred on April 3, 2012. However, there is plenty of damage to houses and buildings all across north/central Texas. If you would like to help and make a donation to the Red Cross, please click on this link.

Bottom line: At least 11 confirmed tornadoes struck through parts of the Dallas-Fort Worth area, Royse City, Arlington, and Lancaster. No one was killed during this tornado outbreak as a strong cold front pushed through the region. If the tornadoes pushed into downtown Dallas, then it could have been a deadly. It is impossible to claim that climate change had any effect on these storms, especially since climatology tells us that tornado outbreaks across Texas during this time of year is fairly common. As America grows in population and size in the future, we will likely hear more reports of tornadoes hitting populated cities. The best way to prepare for these storms is to have a tornado plan ready in advance and to seek shelter immediately. Never risk your life to film or capture a tornado on your camera. It is never worth it. The National Weather Service will continue to rate these tornadoes that hit through these areas today to finalize the tracks that hit parts of Texas on Tuesday, April 3, 2012.