Now is the time to prepare for hurricanes

In conjunction with the start of the hurricane season in the Eastern Pacific (May 15) and Atlantic Oceans (June 1), officials with the U.S. National Oceanic and Atmospheric Administration (NOAA) are urging residents in coastal areas to develop preparedness plans.

Hurricanes are powerful storms with strong winds (74 miles per hour or greater) that develop over ocean basins. If they make landfall, they can be deadly. Not only can high winds topple trees and power lines, but storms surges can flood coastal zones and areas far inland. Storms surges often pose the greatest risk during a hurricane.

To help protect coastal residential along the eastern seaboard and Gulf coasts, NOAA officials will – for the first time – be producing storm surge watch and warning graphics during the 2015 hurricane season. These graphics will be available from the National Hurricane Center and will look similar to the picture posted below. 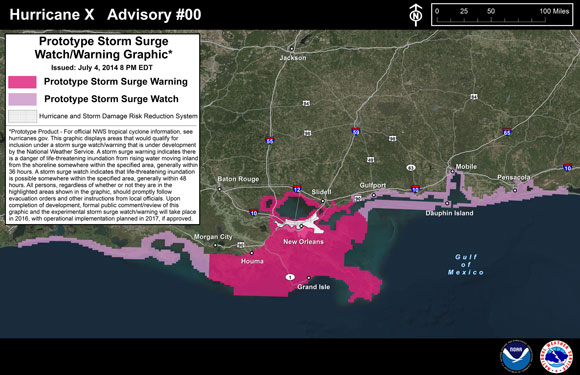 Example of a storm surge forecast that will be issued during the 2015 hurricane season. Watch for these forecasts at this link. Image via NOAA.

Kathryn Sullivan, NOAA Administrator, is urging coastal residents to be prepared for the upcoming hurricane season. She said: 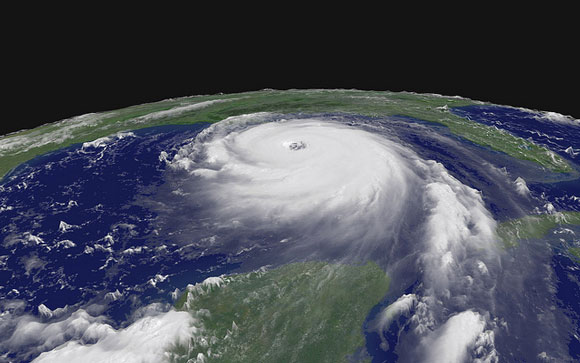 There are several steps you can take to prepare for hurricane. First, pay close attention to weather forecasts during the hurricane season. Second, have an evacuation plan in place in case you need to leave your home. Third, prepare a home emergency preparedness kit—this kit should include things like non-perishable food, water, toiletries, first aid supplies, a hand-crank radio, and a flashlight. Visit Ready.gov for more good tips on what to do before, during, and after a hurricane.

It only takes one hurricane or tropical storm making landfall in your community to significantly disrupt your life. Everyone should take action now to prepare themselves and their families for hurricanes and powerful storms. Develop a family communications plan, build an emergency supply kit for your home, and take time to learn evacuation routes for your area. Knowing what to do ahead of time can literally save your life and help you bounce back stronger and faster should disaster strike in your area. 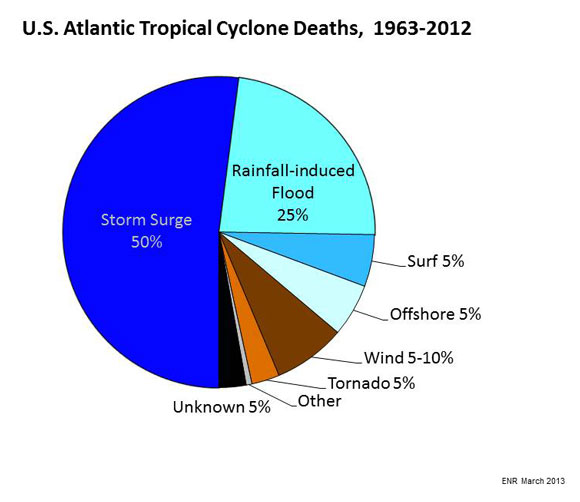 Bottom line: Hurricane season 2015 starts on May 15 in the Eastern Pacific Ocean and June 1 in the Atlantic Ocean. If you live in a coastal area, it is important to have a preparedness plan in place.