Nature itself puts up a roadblock to hurricane prediction – minor variations in the atmosphere – too small for seasonal forecast models to capture. 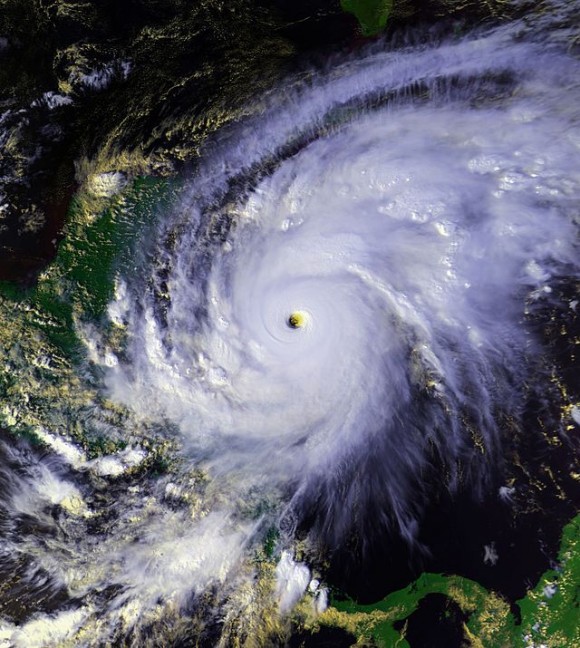 If you live on a coastline – and 44% of global population does, says the UN – you probably pay attention to the seasonal hurricane forecasts that scientists issue each year. For example, here in the U.S., NOAA issued its 2014 Atlantic hurricane forecast in May of this year. The prediction was for a near-normal or below-normal season with:

Will NOAA’s prediction come to pass? It’s unknown at this time, since North Atlantic hurricane season, which officially begins June 1 each year, tends not to ramp up until August. However, as we all know, the reality often does not match the prediction. As an example, last year’s seasonal forecasts for the Atlantic consistently predicted “an unusually large crop of named storms,” but proved to be very quiet. Today (July 23, 2014), scientists at the National Center for Atmospheric Research (NCAR) in Boulder suggested a reason. They said internal variability – minor variations in the atmosphere, too small for seasonal forecast models to capture – can create major differences from one storm season to the next, making accurate prediction difficult.

They called this inherent variability “nature’s roadblock to hurricane prediction,” and they said:

Most of the internal variability produced in the simulations was found in two stages of hurricane formation. At the very earliest point, showers and thunderstorms congeal into a tropical wave. At a later point, a fully developed tropical low with warm, moist air at its core goes on to intensify into a tropical storm. At both of these stages, small-scale features such as a blossoming cluster of thunderstorms or a pocket of strong upper-level wind can either nurture or crimp a potential hurricane.

The specific timing, locations, and magnitudes of these small-scale features are dependent on internal processes of the climate system and thus cannot be known in advance of the season.

Are these scientists hopeful that we’ll ever get more accurate hurricane predictions? They don’t sound hopeful. NCAR’s James Done, who led the new study, said:

Due to the inherent natural variability, it appears there is an upper limit on how well we can predict hurricane frequency in advance of a season.

He said that, with more research, it’s possible that:

… tools that explicitly include the amount of natural uncertainty could be developed for use in seasonal hurricane prediction.

This would help give stakeholders and the public a better idea of each outlook’s margin of error.

Bottom line: A new study from NCAR suggests that there is an internal variability in the way that hurricanes develop – minor variations in the atmosphere, too small for seasonal forecast models to capture – which can create major differences from one storm season to the next and which make accurate seasonal hurricane predictions difficult. They called it “nature’s roadblock to hurricane prediction.”