On May 22, 2014, the U.S. National Oceanic and Atmospheric Administration’s (NOAA) Climate Prediction Center issued hurricane season outlooks for the Atlantic Ocean and the eastern North Pacific. The hurricane season is expected to be near normal or below normal for the Atlantic Ocean and near normal or above normal for the eastern North Pacific. That’s in part due to a possible strong El Nino, forming now in the Pacific. 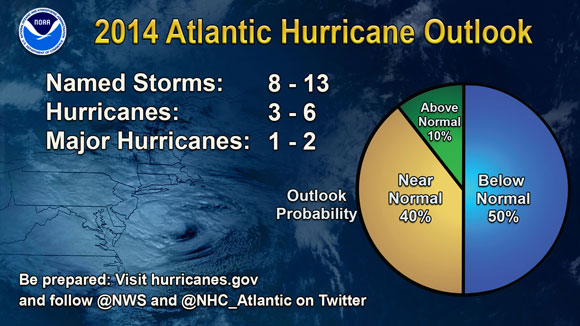 Hurricane activity is expected to be somewhat low in the Atlantic Ocean this year because of the anticipated development of El Niño. An El Niño, which is associated with a large, warm pool of surface water in the central and eastern portions of the tropical Pacific Ocean, can have far ranging effects across the globe. Specifically, El Niño can strengthen wind shear and increase atmospheric stability over the Atlantic, which often leads to a reduction in the number and intensity of storms.

They are predicting that there will be between 14 to 20 named storms and that 6 to 11 of these storms will develop into hurricanes. A total of 3 to 6 major hurricanes are expected in eastern North Pacific this year.

Officials at NOAA are urging people who may be in the path of any hurricanes to be prepared. You can check out NOAA’s preparedness website here for some good tips. This year is also the first year that NOAA will be rolling out a storm surge mapping tool that will show communities within 48 hours prior to a tropical storm or hurricane where to expect damaging storm surges. 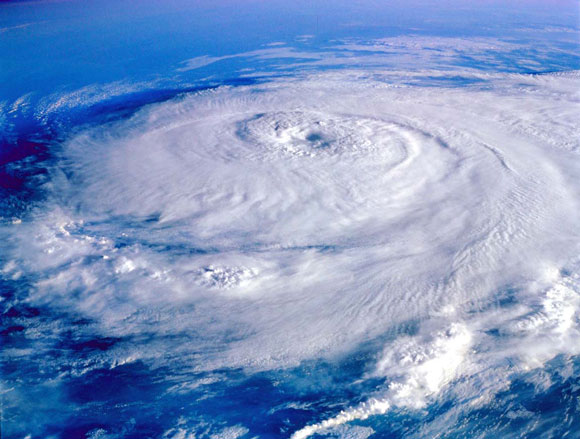 Kathryn Sullivan, who is the administrator of NOAA, commented on the upcoming hurricane season in a press release. She said:

Thanks to the environmental intelligence from NOAA’s network of Earth observations, our scientists and meteorologists can provide life-saving products like our new storm surge threat map and our hurricane forecasts. And even though we expect El Niño to suppress the number of storms this season, it’s important to remember it takes only one land falling storm to cause a disaster.

Which cities are most at risk for a natural disaster?