Super Typhoon Bopha struck the Philippines on December 4, 2012 as a Category 5 storm with 160 mile per hour winds. 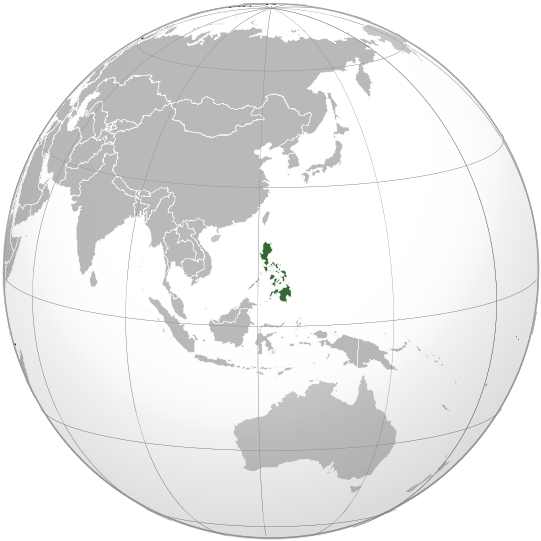 When you see a super typhoon with an intensity of a Category 5 storm with winds of 160 miles per hour making landfall into a vulnerable region known for having flash flooding issues, you know it will not end well. Unfortunately for many across the southern portions of the Philippines, last week’s Super Typhoon Bopha was that storm. Bopha made landfall on December 4, 2012 as a Category 5 super typhoon. If you asked the people in the Philippines about tropical cyclones, they would quickly remember Tropical Storm Washi that struck their area almost a year ago and killed at least 1,300 people as flooding destroyed homes. Super Typhoon Bopha struck parts of the Davao Oriental province and Compostela Valley which includes the heavily damaged area of New Bataan. According to the Al Jazeera broadcasting company, on December 10, 2012, there were nearly 650 people dead and 780 people still missing. Many died or were lost in landslides/mudslides that swept homes away. The number of missing also hundreds of fishermen. Bopha destroyed 90% of three coastal towns in Davao Oriental province, according to BBC News. The hardest hit area – considered the ground zero of this storm – is New Bataan. The town was nearly wiped out. 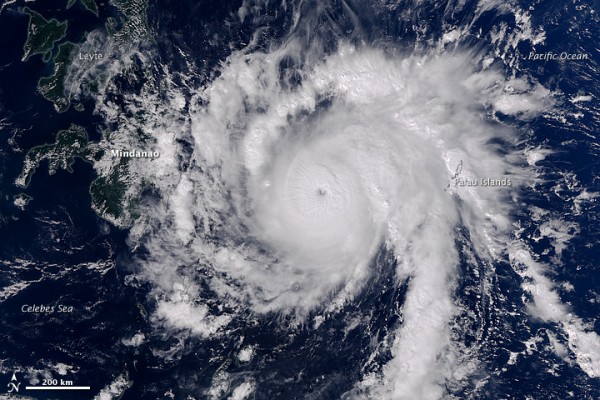 Super Typhoon Bopha, also known as Typhoon Pablo in the Philippines, struck the island of Mindanao at 4:45 a.m. local time on Tuesday morning, December 4, 2012. At that time, its winds measured 160 mph winds, according to Jeff Masters of Weather Underground. This is the first typhoon to strike Mindanao as a Category 5 storm. Coconut trees were downed in the areas, which are typically resistant to typhoon winds. This alone shows the power of this storm, which produced 10-foot (3-meter) waves that crashed into the island of Palau. It appears people were aware that a typhoon was approaching the Philippines, but many did not act to evacuate and leave flood prone areas. 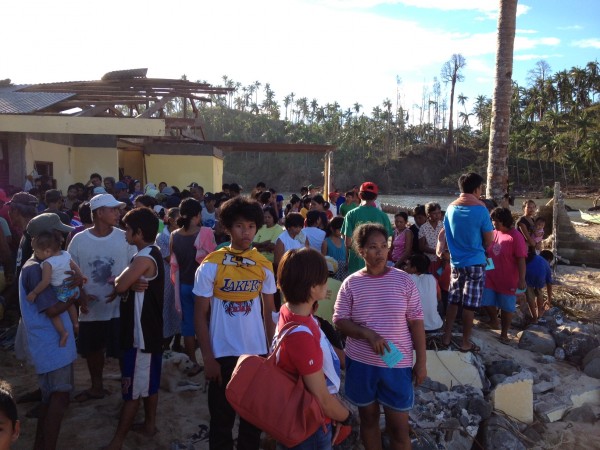 Extremely strong winds damaged schools in the southern Philippines and destroyed thousands of homes both along the coast and further inland. Image Credit: EU Humanitarian Aid and Civil Protection and EC/ECHO/Bernard Jaspers Faijer.

According to Reuters, Philippines’ social welfare department and the United Nations are appealing for help as humanitarian agencies bring in aid that consists of food, water, medicines and shelter material for more than 5.4 million people affected by Super Typhoon Bopha. The Communist New People’s Army (NPA) guerrillas are active in the two worst-hit provinces, which are on Mindano island. The situation is so bad in that area, that the Philippine government and Maoist rebels have declared truces in two southern provinces devastated by the super typhoon last week. The damage in the Philippines is also taking a toll on the economy in the region. According to the Huffington Post, 14,000 hectares (34,600 acres) of export banana plantations, equal to 18 percent of the total in Mindanao, were destroyed. The Philippines produced the third-largest production of bananas that are exported. Damage estimates are conservatively predicted to amount to 12 billion pesos, or roughly $300 million dollars. I expect this total to increase and rise, and should at least rise to $500 million. 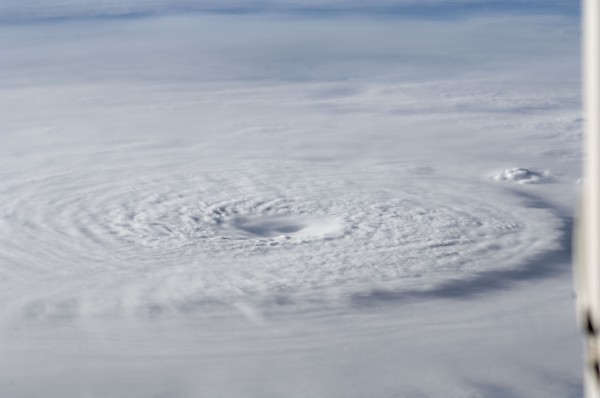 Bottom line: The Philippines are vulnerable to typhoons, as many regions are easy to flood thanks to valleys and hills that can influence where water travels. Poverty is another issue across the country, and many homes are not meant to withstand strong typhoons, especially Category 5 winds of 160 miles per hour. Approximately 650 people have died from Super Typhoon Bopha, and roughly 800 people are still missing. Damage totals are estimated at 12 billion pesos, or roughly $300 million dollars. Crop damage alone is worth 8.5 billion pesos, or $210 million. These totals will likely go up as people continue to search for their loved ones that were pulled out of their homes due to a mix of either storm surge, mudslides, or flooding. Prayers go out to all of the victims that were affected by this rare and dangerous typhoon.