Are large earthquakes increasing in frequency?

Earthquakes 8.0 magnitude and above have struck at a record rate since 2004. But the increased rate was not statistically different from what you’d expect from random chance.

Large earthquakes greater than 8.0 in magnitude have struck the Earth at a record high rate since 2004 but scientists have analyzed the historical record and found that the increase in seismic activity was likely due to mere chance. Peter Shearer at Scripps Institution of Oceanography and Philip Stark at the University of California, Berkeley examined the global frequency of large magnitude earthquakes from 1900 to 2011. They discovered that while the frequency of magnitude 8.0 and higher earthquakes has been slightly elevated since 2004 – at a rate of about 1.2 to 1.4 earthquakes per year – the increased rate was not statistically different from what one might expect to see from random chance. The results of the study were published on January 17, 2012 in Proceedings of the National Academy of Sciences. 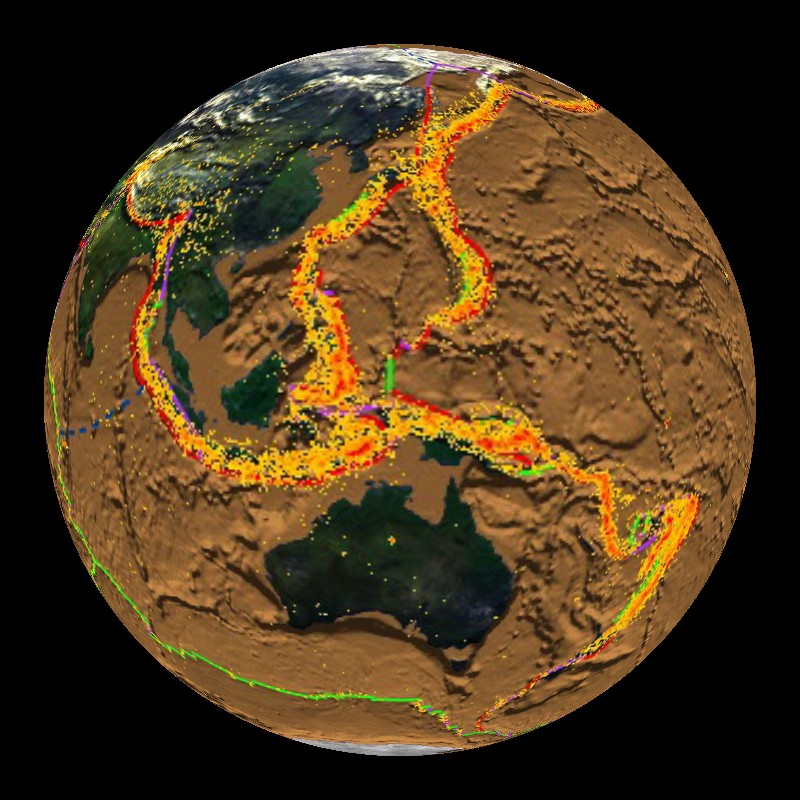 Shearer is a Professor of Geophysics at Scripps Institution of Oceanography, and Stark is a Professor and Vice Chair of Statistics at the University of California. In looking through the historical record, these scientists noticed that a disproportionately high number of large earthquakes greater than 8.0 in magnitude also occurred between 1950 and 1965. Then, there was a bit of a slump in seismic activity from 1996 to 2003. 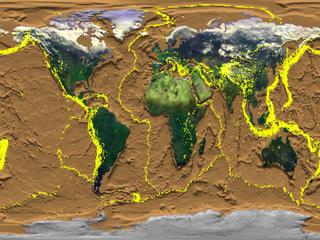 To determine the typical “background” seismic activity of the Earth over the past century, the scientists had to exclude earthquakes that could be classified as aftershocks from their analyses. They did so by eliminating from their data set those earthquakes that occurred within three years and 1,000 kilometers of the epicenter of the magnitude 8.0 and higher earthquakes under examination. When the scientists compared the resulting data set to three different mathematical models, they found no evidence that elevations in seismic activity since 2004 were statistically significant.

Meanwhile, an article on Grist yesterday, suggests that climate change will cause earthquakes to increase. It’s an interesting read and looks at earthquake frequency in a much larger time frame (prehistoric to future activity) than covered in Shearer and Stark’s study (1900 to 2011). The Grist article mentions how the retreat of ice sheets might destabilize land masses and increase seismic activity. Unfortunately, there are no links to peer-reviewed literature so I can’t get a quick handle on how solid the science is. If possible, we will follow up on it at some point in the future.

Bottom line: Scientists analyzed the historical record of earthquakes greater than 8.0 in magnitude and concluded that the global frequency of large earthquakes is no higher today than it has been in the past. Results of the study were published on January 17, 2012 in Proceedings of the National Academy of Sciences.

Economic losses from earthquakes and natural disasters peaked in 2011